Parliament passes Anti-Trafficking and Economic Offenders Bills: All you wanted to know

After hugs and winks, the House has moved on to serious business.

Vijay Mallya owes Indian banks Rs 9,000 crore, but says he can’t come back from the UK because desi jails are over-crowded and dirty. Diamantaire Mehul Choksi, who, along with his nephew Nirav Modi, is the prime accused in the Rs 13,500-crore Punjab National Bank scam, recently took citizenship of Antigua and Barbuda. He says he won’t return to India because he fears being lynched. Coincidence? Soon after the economic offenders Bill was passed, Vijay Mallya sent feelers to come back to India. (Photo: Reuters/File)

However, Parliament has been busy this session, and has finally passed a Bill that makes kanoon ke hath long enough to act precisely against such worthies — who leave the country once their names surface in financial frauds and let complicated extradition norms take care of the rest.

The Fugitive Economic Offenders Bill, 2018, passed by the Rajya Sabha on July 25, empowers the government to declare as “fugitive economic offenders (FEO)” people involved in offences of above Rs 100 crore, who have left the country and refuse to return to face prosecution even after an arrest warrant.

Why the Bill is important

According to the Bill, to declare a person an FEO, an application will be filed in a special court under the Prevention of Money Laundering Act, 2002. The court will ask the person to appear at a specified place at least six weeks from the issue of notice, and if the person turns up, the proceedings will be terminated.

Before the Bill, the process to impound the property of economic offenders was long and cumbersome. Under the Code of Criminal Procedure, confiscation is final two years after an accused is proclaimed as an absconder. Now, the government can attach and confiscate properties as soon as an accused is declared a FEO. The confiscation of property will not be limited to those acquired through the proceeds or profits of the crime.

Also, the accused will be barred from filing or defending any civil claims.

According to data compiled by the CBI and the ED, 28 Indians involved in financial irregularities have fled the country between 2015 and 30 June 2018.

Criticism of the Bill

While the Bill undoubtedly gives the law more teeth to act against economic offenders, questions have been raised on the provision to attach and sell properties of the accused as soon as they are declared FEO, before the case has been decided.

Also, the Rs 100 crore cut-off for offences has come under criticism, with many pointing out that an offence of Rs 99 crore is hardly less serious. The government, however, has maintained that the cap is necessary so that the biggest offenders can be brought to book, without clogging courts. 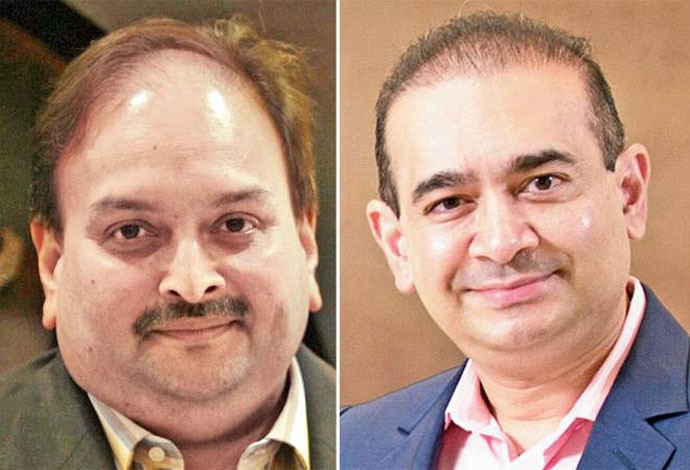 Big Fish: Nirav Modi and Mehul Choksi are among those accused in multi-crore scams but refusing to return to India to face prosecution. (Photo: Business Today)

While the fugitive offenders Bill targets the high and mighty of the financial world, another important Bill passed by the Lok Sabha on July 26 deals with the weakest and most vulnerable in society.

The Trafficking of Persons (Prevention, Protection and Rehabilitation) Bill, 2018

The Trafficking of Persons (Prevention, Protection and Rehabilitation) Bill, 2018 seeks to curb the crime of human trafficking, with a strong focus on rehabilitating the victims of the crime.

The Bill has been hailed for introducing rehabilitation as a statutory right for victims. Women & Child Development minister Maneka Gandhi has said that the buying and selling of human beings has been made a cognisable offence for the first time under the Bill.

Why the Bill is important

The legislation is comprehensive, laying down various categories of trafficking and “aggravated trafficking”.

As trafficking often involves smuggling victims to different states and even countries, provisions have been incorporated to punish “producing, printing, issuing or distributing unissued, tampered or fake certificates, registration or stickers as proof of compliance with government requirements’, and for “fraud for procuring or facilitating the acquisition of clearances and necessary documents from government agencies”. 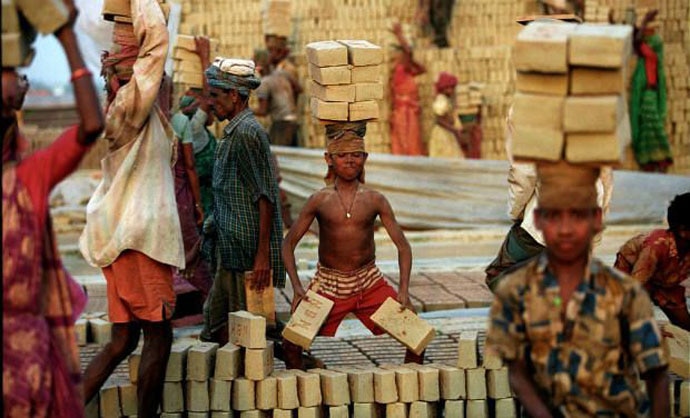 The Bill, with a strong focus on rehabilitation of victims, has raised hopes of securing child rights. (Photo: PTI/File)

However, the most important features of the Bill are possibly the assertion that “rehabilitation of the victim is not contingent upon criminal proceedings being initiated against the accused or the outcome thereof”, and the setting up of a rehabilitation fund for “the physical, psychological and social well-being of the victim including education, skill development, health care/psychological support, legal aid, safe accommodation, etc”.

Criticism of the Bill

The Bill has come under criticism for duplication of laws, as many of the offences it talks about are already covered under existing legal provisions.

Congress MP Shashi Tharoor, who was among the legislators who wanted the Bill sent to a standing committee, raised another important point. “The use of phrases such as ‘administration of hormones’ in the Bill can be used to target transgender persons, since many of them take hormones during their process of gender affirmation,” he pointed out.

Others have raised concerns that the rehabilitation the Bill talks about is institutionalised, instead of community-based, and forcing people into shelter homes is like imprisoning them, where, again, they can be at the risk of exploitation.

The Bill seeks to make “exposing a person to life threatening illness like HIV” an offence, which people fear can be used to prosecute sex workers, though Maneka Gandhi has assured the House it will not target those indulging in sex work voluntarily.

Also, Section 36 of the Bill, which deals with promotion or facilitation of trafficking, proposes a three-year sentence for “producing, publishing, broadcasting or distributing any type of material that promotes trafficking or exploitation.”

The phrasing, experts fear, is vague enough to cause concerns of censorship and attacks on freedom of expression.

Also read: Why the Trafficking Bill is an important step towards securing child rights

Post your comment
#Mehul Choksi, #Anti-trafficking bill, #Fugitive economic offenders bill, 2018, #Parliament
The views and opinions expressed in this article are those of the authors and do not necessarily reflect the official policy or position of DailyO.in or the India Today Group. The writers are solely responsible for any claims arising out of the contents of this article.