5 things India can do to make pet parents' life easier

It was a Monday morning and as I headed out of the lift to walk to my work space, an Instagram post caught my attention. It was a post by Sherry Shroff,the populaaa infleuncaa, who was petitioning for pet-friendly cabs.

Sherry being an avid dog lover (and who also loves taking a cab), detests the way cab drivers (in India) cancel rides. Especially when they learn that there will be a pet on the ride. It's pretty stressful for pet owners to take their pets to the vet (in emergencies) or the hospital, since they have to struggle to reach there on time with a cab or depend on a private vehicle. Even otherwise, taking them out can be an issue, since cabs aren't really pet-friendly.

As I scrolled through the comments of people who supported the campaign, this comment stood out: 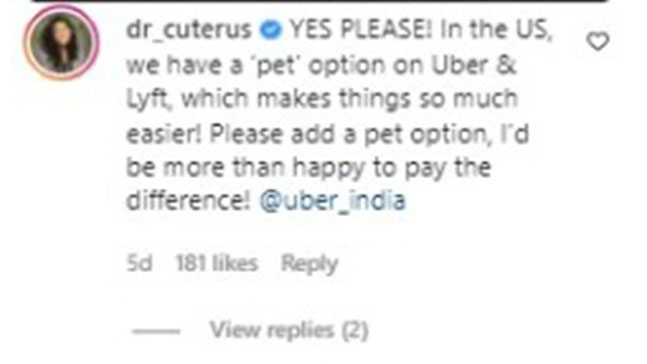 Isn't that a striking difference? A small tick on an app makes a difference in the lifestyle of the dog. What's also sad is that Uber has a 'pet' option in US, but for some reason, not in India. Ola also commented on this post, saying that it is considering this topic as a feedback. Even in May 2022.

Well, it looks like having a pet in US is much better than having one in India.

Here are more such differences in facilities between India and other countries, which may seem small and insignificant, but actually make a big difference to lives of animals.

You may have seen many dog parents walk their dog down the street every day. But doing so in a concrete jungle in India is a real task. Too much pollution, moving vehicles and a lack of space may actually add to a dog's stress levels than reduce it. 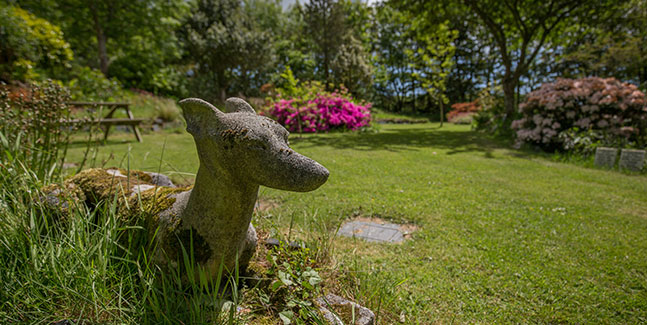 So, how do people manage this abroad? Well, the US, UK (and even South Africa) implement the concept of 'dog parks' or animal parks which are exclusively created for animals to have fun! These countries have even created the world's largest dog parks. Sounds like being a dog in London would be awesome, right?

We’ve been to the dog park I seem to have forgotten everything I learnt at agility…Dad’s forgotten too ? pic.twitter.com/Cjo2i2zf0m

But does this exist in India? India's first ever dog park opened in Hyderabad in 2018, while the second one opened in Chandigarh in January 2020. But that's about it. Though the concept of dog parks is catching up, it is slow.

Some of the playful apparatus at GHMC Dog Park in Gachibowli, Hyderabad..#HyderabadWithTRS#HappeningHyderabad pic.twitter.com/MIduYh9uWj

Have you ever gone to a hotel room and seen a pet in the neighbouring room? If you are in India, you might really not have seen one since most hotels are pet-free. But many countries do not have a pet-free rule.

what a long day ? Chompie ended up doing MUCH better and is now enjoying herself in a pet-friendly hotel :) She drank her water for 4 minutes straight when we got in ? pic.twitter.com/vE5An9F4O1

Also, in many countries, you unfortunately cannot walk your pet in a mall.

Never knew till now that pets are not allowed in malls in india even on leash. A bit hurt. Took my stary to the mall and he was in his cute little bag, zipped in and they still dint allow. We both sat in the parking lot. @peta pic.twitter.com/asmWqdTwQH

But letting your pets stay in your hotel is normal in France. Most hotels in France allow customers to bring in their pets. But there is an extra charge for cleaning your room since pets can be messy. In Switzerland, almost all restaurants accommodate people with dogs. The best part: The dog is also offered dog water!

Still better than Indian rules where your pet is not allowed in at all right?

You have heard of hospitals like Apollo, Wockhardt and Fortis Care, haven't you? But do you know of any top-notch, famous hospitals in India for animals?

In case your pets in India go through any rare and unknown disease, there is not much awareness about any specialised hospitals which provide specialised medical services at a reasonable cost. As per Statista, in 2019 there existed only about 12,000 vet hospitals in India. Isn't that a miniscule number when compared to the number of animals that exist in an agro-based country like ours?

Inside the @MissionRabies truck ?In partnership with our sister charity, we operate a mobile veterinary hospital which provides expert vet care and surgical training in rural communities across India. Learn more about our courses ➡️ https://t.co/qmmCoi3a84. pic.twitter.com/ak1nEJsZgv

Though India doesn't have any big specialised animal hospitals like Netherlands, Brazil and USA, there is an increasing growth in mobile vet hospitals which are run by NGOs. Still, the lack of awareness, legislations and medical care facilities definitely needs more attention.

Pets deserve dignity in death, irrespective of where and how they die. 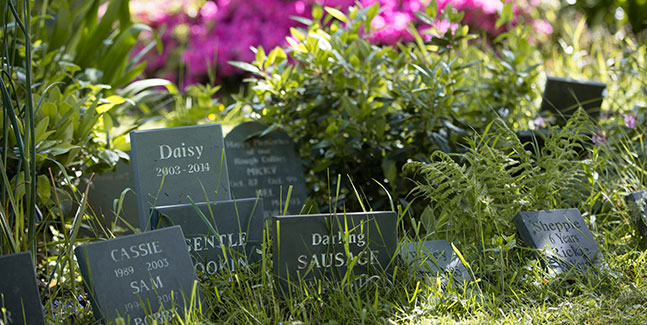 Even though Mumbai is considered to be a developed metro city, it really isn't when it comes to cremating animals. In 2017, Mumbai had just ONE government-run electric, crematorium for pets by Dinshaw Petit Hospital. In February 2022, the Brihan Mumbai Corporation (BMC) decided to set up one more crematorium for animals, due to a ''long standing'' demand.

Bengaluru’s pet crematorium is the only second such facility in the country. Situated near Sumanahalli, it enables citizens to give their loved pets a dignified adieu.This electric crematorium also caters to wild & domestic animals.#BBMP #Bengaluru pic.twitter.com/rPqGpjEINk

Without government-run cremation services, pet owners in India are often left to themselves to bury the carcass as private organisations charge heavily to cremate the pets. If not cremated, dead stray animals are usually dumped in garbage bins and their bodies are left to rot.

The Garden of Remembrance at Peaceways Pet Crematorium is a haven of calm for those who have lost a cherished pet and would like to reflect and remember them. Jeff and Steve have been working really hard to prepare the gardens for the warmer months and they are looking beautiful. pic.twitter.com/JRLchPOIFf

It's not the same abroad. Pet cremation is a growing industry in USA and the UK and there are documented lists of cremation centres in each states. There are currently over 50 crematoriums offering services for pets in the UK. Savills Gina Cole takes a closer look at an industry that is expected to grow as public awareness increases: https://t.co/z4eOSYKynJ pic.twitter.com/kX8Mu87LyX

Tending to your pets when they are unwell and injured is the job of a pet parent and having access to a vet at odd times becomes necessary. Though insurance may cost you money, it's definitely better than paying more to a vet. Thus, pet parents definitely end up needing an insurance policy for their pets.

But the number of insurance companies in India who provide insurance policies for pets, are lesser than the fingers in your hand, that is one hand. Developed countries,  like the US and UK however, have more than three times the number of insurance companies, than that in India. Netherlands, which tops the list of the most animal friendly countries in the world, even provides discounted insurance policies for vegans and vegetarians.

This definitely impacts the life of both the pet parents and the pets themself.

So, what changes would you want in the pet policies in India?