DailyOh! Piyush Goyal is Leader of House in Rajya Sabha, Sima Aunty gets an Emmy nom

Piyush Goyal is now the new Leader of the House in Rajya Sabha, replacing Thaawarchand Gehlot who was appointed as the Governor of Karnataka last week. Union Minister and senior BJP leader Piyush Goyal will be the new Leader of the House in Rajya Sabha. (File photo)

Holding key portfolios in the government, Goyal has been a member of the Rajya Sabha since 2010. Meanwhile, in the lower house, while there was speculation that Congress was seeking to replace Adhir Ranjan Chowdhury as the Leader of the House in Lok Sabha, ANI has quoted party sources as saying that Chowdhury would continue with his post. Adhir Ranjan Chowdhury has held the post since June 2019.

All these developments come ahead of the monsoon session of Parliament that begins on July 19. Now we move to the story of two people. This duo in jail are ones who managed to run a fake Government of India website to cheat people from Punjab's same high-security prison, in May and June. Thankfully their cover was blown by the police.

The duo has several cases of fraud registered against them. One of them — Aman AKA Armaan — is under trial, whereas the other — Sunil Kalra — is serving a life term in a murder case. And the two are also facing trial in the Nabha jailbreak case as they had helped six escapees and 15 attackers in November 2016. The Nabha case was the shocking jailbreak in 2016, in which two hardened terrorists and four gangsters escaped. You can read all about it here.

There is some good news for Central government employees. The government today approved a hike in their Dearness Allowance (DA) from 17 per cent to 28 per cent. At least three DA instalments were due before the hike was approved by the cabinet — two from last year and one from this year. The hike has been approved as part of the three pending instalments.

However, let us not rejoice too soon. While the hike has been approved by the Cabinet, it is not yet clear if employees will get the hiked DA benefit from September. Even so, the development is a major relief for employees who have been waiting for the announcement for months.

On to some sports news now. Tennis champion Roger Federer has pulled out of the upcoming Tokyo Olympics. This comes after he suffered a knee injury during the grass-court season this year. He announced this in a statement on social media late last night. This might be one of the very few times that we will not see Federer in action. An exceptionally durable champion, he has never retired during a tour-level singles match — he has played more than 1,500 of them. Further, the 20-time Grand Slam champion has never withdrawn during a Grand Slam singles tournament. Talk about being committed to the sport. Roger Federer has withdrawn from Tokyo Olympics due to a knee injury. (File photo: Twitter)

The Tokyo Olympics is going to see quite a few firsts. For instance, it was earlier announced that the spectators have been banned from watching the action from the stands — for the first time.

Now, it has been announced that Olympic medallists will not be presented with medals by dignitaries as they stand on the podiums during medal ceremonies — again, for the first time.

Instead, the three medals will be presented on a tray to the athletes on the podium and they then have to hang them around their own necks in front of the empty stands. There will also be no handshakes or hugs. All precautions in place because of the pandemic.

The games are all set to get underway from July 23. 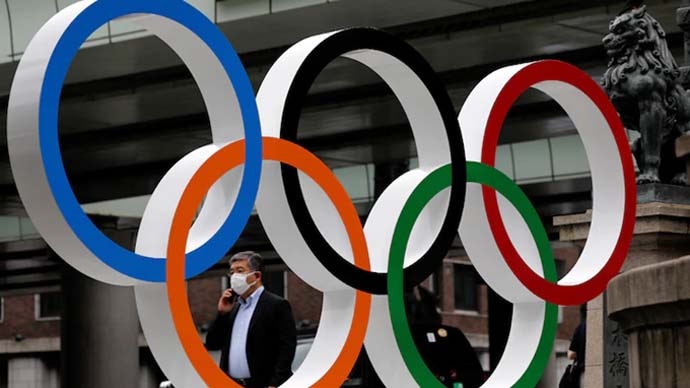 From sports to the world of entertainment, where the nominations for the 73rd Primetime Emmy Awards were announced today.

And one of the nominations in the Best Comedy Series is Cobra Kai. With the weekend drawing close, we recommend you binge-watch this modern-day spin-off of The Karate Kid on Netflix. And in case you're into Indian Matchmaking (the series on Netflix, not IRL, we mean; or both, anything), Sima Aunty also got an Emmy nom. Looks like ultimately her efforts weren't all meaningless and the stars did get themselves aligned to get an Emmy nomination for the show. Also Read: In No Stags Allowed, navigating love and relationships in corporate life

#Emmy awards 2021, #Tokyo olympics, #Roger Federer, #Rajya Sabha
The views and opinions expressed in this article are those of the authors and do not necessarily reflect the official policy or position of DailyO.in or the India Today Group. The writers are solely responsible for any claims arising out of the contents of this article.