The Presidential Years: Pranab Mukherjee's book is as ceremonial as President's office

From Sonia Gandhi’s 'failed' leadership, to Manmohan Singh and Narendra Modi’s term, former President, late Pranab Mukherjee talks about everything, but says nothing.

In 2013, then President Pranab Mukherjee had summoned then Home Minister Sushil Kumar Shinde and then Law Minister Kapil Sibal to ‘seek clarification’ on the ordinance that was meant to bypass the Supreme Court ruling on barring convicted MPs and MLAs. The move was seen as Mukherjee’s way of getting back at the Congress, which had chosen Manmohan Singh over him when it came to making the Prime Ministerial choice in 2004. 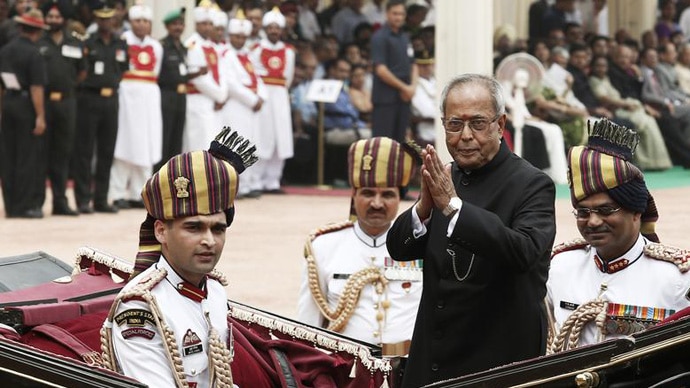 In the fourth volume of his memoir, The Presidential Years: 2012-2017, Mukherjee attempts to come clean on the issue saying he had been ‘in principle’ against the ordinance route to push legislations. On all other issues of contention, the book applauds the author for sticking to rules and discharging his duties to the best of his abilities.

Where questions are inescapable, Mukherjee leaves ambiguity by answering them partially or skipping through details. In the book’s sixth chapter, Dealing With Mercy Petitions, Mukherjee talks about the high-profile death row convicts such as Ajmal Kasab, Yakub Memon and Afzal Guru. He says while he had no doubts Kasab should be hanged, “in the cases of Yakub Memon and Afzal Guru, perhaps these formalities were not fully adhered to.”

He then rushes to describe procedural issues that one can find answers to even by looking up the internet. That is a pattern the book follows for most parts and in doing so, hides more than it reveals.

Mukherjee’s reluctance to tell the whole truth perhaps stems from the fact that his two children Abhijit Mukherjee and Sharmistha Mukherjee are full-time Congress members. By walking the tightrope, Mukherjee has ended up disappointing his readers. The words are chosen so carefully and cautiously, you may wonder if this is the result of five years of writing and delivering presidential speeches that talk about issues without dealing with anything substantial.

Just like those speeches and the last office Mukherjee held, the book remains ceremonial. 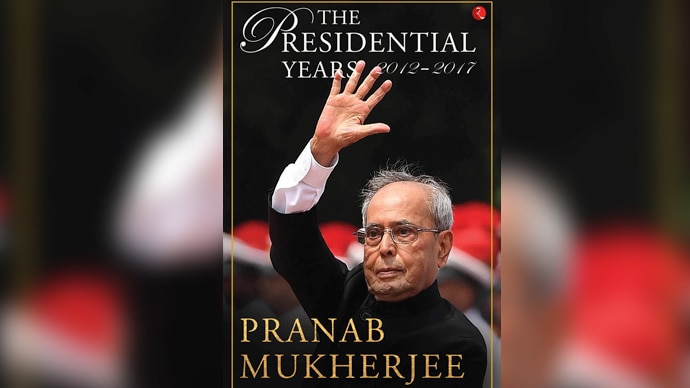 In wanting to say what he couldn’t say, Mukherjee attributes it to the ‘anonymous others’ and fleetingly talks about Sonia Gandhi’s leadership of the Congress party. “Some members of the Congress have theorized that, had I become the PM in 2004, the party might have averted the 2014 Lok Sabha drubbing. Though I don’t subscribe to this view, I do believe that the party’s leadership lost focus after my elevation as president,” Mukherjee says.

He goes on to add, “While Sonia Gandhi was unable to handle the affairs of the party, Dr [Manmohan] Singh’s prolonged absence from the House put an end to any personal contact with other MPs... Maharashtra was handled badly, partly due to decisions taken by Sonia Gandhi.”

Mukherjee says had he been in Congress, he wouldn’t have let Mamata Banerjee leave the UPA coalition or allowed the division of Andhra Pradesh.

The former president makes a comparison between the leadership of Manmohan Singh and Narendra Modi again leaving more unsaid than written. He says while Singh was Sonia Gandhi’s choice and “others accepted her choice”, Modi had received “a decisive mandate from the people”.

But Mukherjee manages to puncture holes in the leadership of both leaders by saying that Singh was preoccupied with saving the coalition, while Modi seemed to have employed a rather autocratic style of governance during his first term, as seen by the bitter relationship among the government, the legislature and the judiciary.

He holds both the Congress and BJP responsible for the falling standards of debate in Parliament saying the decline began with NDA leaders disrupting proceedings during UPA II and UPA leaders following it up with even more disruptions after the BJP government came to power in 2014. His advice is that Modi should “take inspiration from his predecessors and provide more visible leadership, through his enhanced presence in Parliament to avoid situations that had precipitated the parliamentary crisis we witnessed in the first term”.

From parliamentary disruptions, to mercy pleas, to Article 356, to how presidential speeches are written, to foreign affairs, Mukherjee touches upon every topic that would have concerned his presidential years. Also, the years before and after the presidential years and yet he refuses to engage with any issue in detail.

If there was a point Mukherjee wanted to make through the book, he missed at making it. And that is a loss for his readers.

Also Read |  Leave The World Behind, in a post-Covid world: Book Review