Just how amazing and beautiful is Priyanka Chopra?

The former Miss World appeared at the chicken-eating contest on Jimmy Fallon's show on March 3, winning hands down.

This is one desi girl that the West has fallen in love with. Whether it's her performance in the hit TV series Quantico, or an appearance at the Oscar awards ceremony, Priyanka Chopra has caught the imagination of the Western audience. And on March 3, she had them eating out of her hands as she appeared at a chicken-eating contest at Jimmy Fallon's show, winning the contest hands down.

Fallon might have underestimated the fitness-conscious former Miss World, but then she gobbled up the spicy chicken wings with Tabasco sauce, and Fallon could only goggle in disbelief.

During the show, Priyanka also had Fallon say, “Namaste, aap kaise ho India!”. She also shared her experience of filming for her Hollywood debut, Baywatch in Miami, and also those during her stints as Miss India and Miss World in 2000.

The episode will be aired in India on Comedy Central on March 4 night.

Priyanka had appeared on the American TV show Jimmy Kimmel Live in September.

Here are A few photos and tweets which show the fun that Fallon and Priyanka had together at Thursday's show:

.@priyankachopra is in the house! #FallonTonight 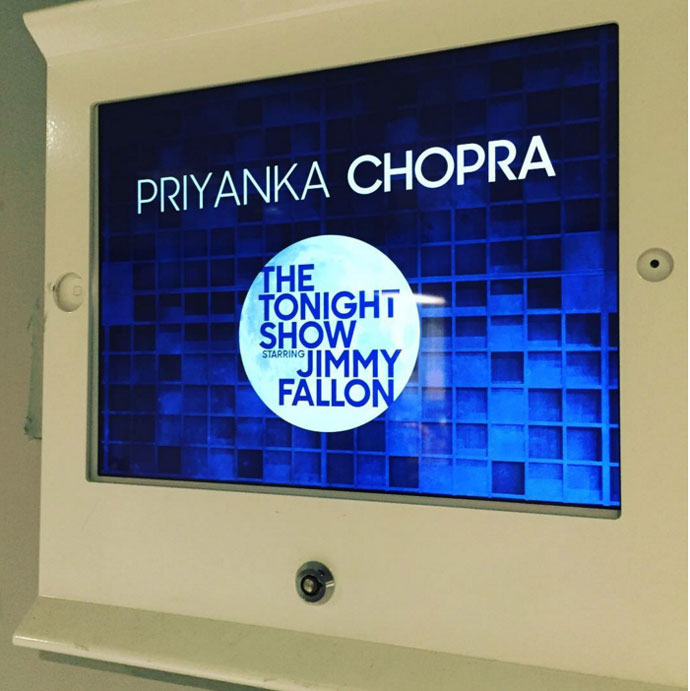