It's not necessary to keep expressing your emotions on social media. One of the best ways of truly contributing to your country is giving your 100 per cent in whatever profession you are.

I have been extremely busy and sleep-deprived over the past week. I work on cancer nanomedicine and am participating in a workshop, with an upcoming conference in a few days.

But I did follow the news of the ghastly attack on our soldiers in Pulwama. It broke my heart — and my belief in humanity went a notch lower.

However, I had no time to tweet or post a WhatsApp status about my feelings. Neither am I active on Facebook. On February 18, I got a message from a family member, saying ‘they hope I am aware of situations back home’ and requesting me to send out my condolences in one way or the other. Saluting them forever: I am as proud of our soldiers as anyone else. I just don't say it on social media. (Photo: Reuters)

This set my mind into a tumult.

Am I the only one who did not show an emotional outpouring on social media over the Pulwama attack?

I am sure there are folks who are pained, but do not believe that sending out a tweet would bring back our martyrs, nor will it help their families in any way.

There are many like me, private people, who do not like putting up Holi/anniversary pictures each year, or share a status update that they are in some 5-star hotel somewhere or the other.

I am sure many of us have gone through the phase where if you keep offline for a few months, people do not even realise that you were gone! People are only concerned with how many likes/ views/retweets they get.

A psychologist once told me that I have ‘extra empathy’, and am easily overwhelmed with little stimuli. Consequently, my work, quality of life, everything gets affected. So, I should rather not over-consume disturbing news. It just makes me sad and sadder — and I can’t do anything to help.

So, what else can I/others like me do instead?

I have close friends posting about relevant helplines/trusted donation portals to help the bereaved families. Contributing there makes more sense to me than the display of emotion — however sincere — on social media.

I also believe in action more than words. One quote which has always been a source of inspiration is from Martin Luther King Jr.: “If a man is called to be a street sweeper, he should sweep streets even as a Michaelangelo painted, or Beethoven composed music or Shakespeare wrote poetry. He should sweep streets so well that all the hosts of heaven and earth will pause to say, 'Here lived a great street sweeper who did his job well.”

Do you give your 100 per cent in whatever profession you are? Doesn’t it contribute to the country? Isn’t that nationalism/patriotism?

I, for one, felt my German or Israeli colleagues presented themselves as great examples. My colleague, a German woman, would work from 7 to 7 even if office hours were 9 to 5. She never used Facebook or other such portals during work hours. Such are their work ethics because they believe that each day, they are contributing to the country’s growth and pride.

In India, we do have honest doctors, bureaucrats, lawyers, journalists, etc., who are doing the best they can for society in their respective professions.

This is what our soldiers do too — theirs in fact is a career path that has mortal risk written on every step of the way. 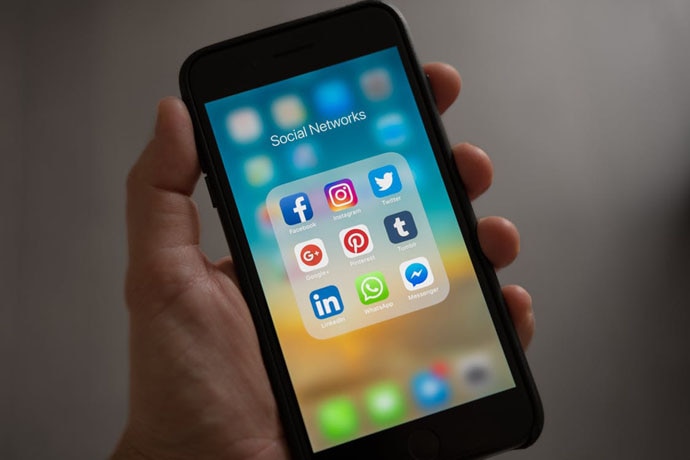 If sharing nationalist posts here are keeping you from work, are you really being a patriot? (Photo: Reuters/file)

Such has also been the fate of the Air Force pilots of a recent crash whose lives could not unfortunately be saved.

So, even if one doctor did not update on social media, but stayed sleepless to save many lives — is it not a way of showing patriotism?

Do I trust my government?

And this is why I do not need to update a message saying ‘RIP soldiers’, because I believe that the government must be under pressure and must be thoroughly planning its next steps of action and figuring out the loopholes which led to the massacre. Our mass anger or constant remarks would not change that.

The soldiers must be preparing to take the next challenge head-on. So, let’s give them a bow of respect for their bravery and dedication — and learn a thing or two from it.

Let’s salute them by promising that we will do our best in whatever task we take up — so that they can be proud of us too.

Also read: Dear Bollywood, not every occasion is right for you to score populist points

Post your comment
#Nationalism, #Patriotism, #Social Media, #Pulwama attack
The views and opinions expressed in this article are those of the authors and do not necessarily reflect the official policy or position of DailyO.in or the India Today Group. The writers are solely responsible for any claims arising out of the contents of this article.

A researcher in department of Cancer Nanomedicine, Tel Aviv University