On this Republic Day, let us hope both man and beast can evolve their own stories in a land that is still full of surprise.

While we hummed the National Anthem — before movies, in school assemblies and in our parades, a group of birds, from some of India’s oldest mountains, were also singing.

Their joyous trill was heard by scientists. This Republic Day, scientists have discovered a new species of bird as well as two new genus of birds. This is as Make in India as it gets — both the species as well as genus (genus is a unit in taxonomy between species and family) are found only in India. They evolved on Indian soil, and their future is on Indian soil.

The new species is called sholicola ashambuensis, a Shortwing bird found in the mountains of Western Ghats. The new genus are that of shortwings, now called Sholicola or Sholakili. Sholakili means bird of the Sholas in Malayalam. The other genus is of laughing thrushes, now called Montecincla or Chilapan. Chilapan means joyful laughter in Malayalam.

A bird that sounds like it is laughing when it sings, flying in mountain air, and very much Made in India: this is a soothing image, but also an ancient one. Consider this: it is estimated that humans came to India about two million years ago. Much before us, about 4.5 million years ago, singing birds in the Western Ghats became distinct from other birds. Some of the little birds were divided by the Palghat gap, a natural valley in India’s misty Western Ghats. The birds became different from each other, with different colours in their tails and bodies, and singing different songs.

There are two stories I want to tell you. Story number one is this: the birds were here before us. They were flying the Indian skies, choosing trees to sit on, places to inhabit, and thrumming the air with song. They were here for so long, that they turned into different species, depending on the different corners, valleys and niches they took home in.

Then, people came. We settled near rivers and lakes. We established cities, made on bloodshed and enterprise both. Millennia later, we decided to create the sovereign, socialist, democratic Republic of India.

India is a vibrant Republic. So much so that even the very idea and name of "Republic" is jealously guarded. A journalist trying to start a new TV channel called Republic has been told he can’t use this word. The Republic, like the Indian flag, is a symbol above commerce. A Republic is all about its citizens. But most importantly, a Republic is about values. 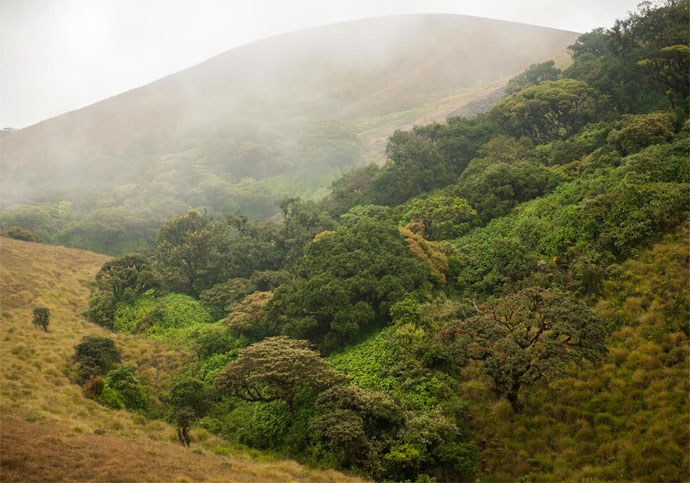 In India, standing up for the environment is still seen as a pious thing. (Photo: Prasenjeet Yadav.)

The idea of a Republic is the idea of a unified and proud country, which stands together as an independent, self-governing system. The skills of citizens, their diversity, their different songs and languages all build the formidable social and cultural enterprise of India.  But here is the thing: both recent and old developments show us that India is not just about its people. India is not a monolith with one story, one race, one species or one narrative. What sets India apart is its people, but also its enormous natural wealth. Our people are our USP, and so is our biodiversity.

We have 1,263 bird species. We have the only Asiatic Lion population. We have the world’s largest tiger population. We have forests and grasslands that twist and twine in ways which you will not find anywhere else in the world, containing birds, fantastic beasts, micro-organisms and insects not found anywhere else. The sounds you hear here you can’t hear elsewhere, and the sights of the canopy, the desert and the wetland have their own golden ratios.

And we are still discovering how we are different. Apart from the new discoveries on the Western Ghats, last year, a new species of thrush was also found in Himalayas. A tiny spider, just seven millimetre long, has also been discovered in Western Ghats. It’s wrinkled, conical body has prompted scientists to name it after Harry Potter’s Sorting Hat.

From a tiny furry spider to the most eloquent human, our Republic is populated by unique citizens that leave their mark.

Here is my second story. India is a democratic, sovereign, socialist Republic.

We are sovereign. We have fought for not just our independence but also our sovereignty, to make decisions for ourselves in the ways we deem best. India has integrated with the rest of the world in many ways, but also refused being dictated an identity by others.

We have historically said no to big World Bank projects. We have refused foreign aid and funding in key areas, while accepted in others. While our demographic twin, China, violates international wildlife law, in India we have mostly kept our wildlife alive; ensconced in tolerance, faith, status quo or kind-heartedness.

Standing up for the environment is still seen as a pious thing. While big countries with big game hunt their animals for money, in India the idea of shooting a tiger for a few hundred dollars is still seen as blasphemy.

We have charted our own sovereign path. This is seen in the resilience of our people, the dedication of a forest guard who stands against a poacher with a gun, in the way women and men bring up their children despite deadly disease, in the way we produce stellar sportspersons with the barest of facilities.

Bold and empowering decisions on conservation — sharing space with the most colourful of birds and the largest of animals — have been taken by us. My hope is that we continue to take sovereign decisions, but in ways that include all manner of citizens. A bird that laughs as it sings; a tiny spider that looks like it could go to House Gryffindor; a woman who lives in a village and sees three species of bird outside her window; a sensitive child who lives in a city but understands where his water comes from. These are all citizens of this Republic, and these make India unique.

The democratic, sovereign, socialist Republic needs both its people and its different species to shine. Patriotism is about taking care of both, and taking decisions that include social and natural heritage.

On this Republic Day, let us hope both man and beast can evolve their own stories in a land that is still full of surprise.

Also read: Why arrival of endangered black-necked crane in Arunachal is momentous

#Republic Day, #Birds, #Conservation, #Environment
The views and opinions expressed in this article are those of the authors and do not necessarily reflect the official policy or position of DailyO.in or the India Today Group. The writers are solely responsible for any claims arising out of the contents of this article.