Trivendra Singh Rawat resigned as Uttarakhand Chief Minister, becoming the fifth BJP chief minister who didn't get to be in office for five years. Rahul Gandhi has said Jyotiraditya Scindia could have been Chief Minister, had he been in Congress. (Photo: Twitter/@RahulGandhi)

In Uttarakhand, Trivendra Singh Rawat is in the BJP but no longer Chief Minister even though the state has a BJP government. Rawat had been in that chair since 2017. But the BJP now seems to be in a mood to play some musical chairs. Party leadership in the state had been complaining about Rawat’s style of functioning and Rawat came to Delhi to explain the style to party’s central leadership. With no buyers for his explanations, Rawat resigned because if he wouldn't have resigned, he could have been sacked. Rawat was the eighth CM of the state formed in 2000, which has so far seen only one CM - ND Tiwari of Congress – completing a full term. 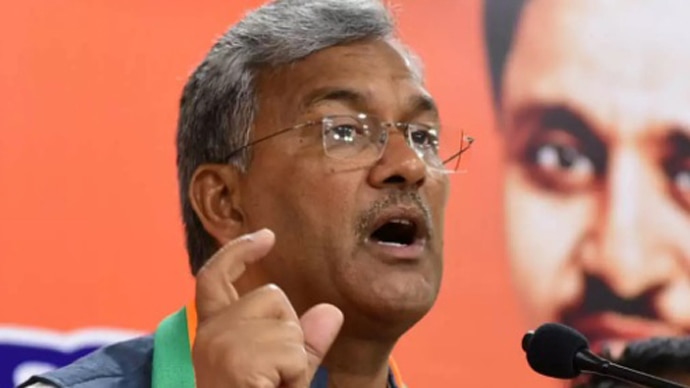 Trivendra Singh Rawat may be forced to resign. (Photo: PTI)

The full cost of the coronavirus vaccine in Delhi would be borne by the Delhi government at all government hospitals in the capital city. But Rajasthan has no vaccines to give to people, free or otherwise, beyond tomorrow. The state has sent an SOS to the Centre asking for buffer stock. The Delhi High Court recently questioned the Centre over why it was donating the vaccines or selling them to foreign countries “rather than” inoculating its own people, when its approach should in fact be to vaccinate Indians urgently. You can’t get out of a pandemic till the world gets out of it. So, sharing is both sensitive and smart.

International Monetary Fund (IMF) chief economist Gita Gopinath has said India "really stands out" in terms of its Covid-19 vaccine policy and hailed the country for playing an important role by manufacturing and shipping the shots to several nations. India has called this reach-out to nations Vaccine Maitri.

Prime Minister Narendra Modi, who it seems likes to make mitras abroad, today inaugurated Maitri Setu. Go zoom from Sabroom in Tripura to Ramgarh in Bangladesh in no time now because the 1.9-km-long Maitri Setu is open. Bridges are quite like ladders. Ladders can take you up and the same ladders can help you get down. The setu that can take you from India to Bangladesh can also get people from Bangladesh to India, apart from getting you back to India. So, some want to know if the setu will just increase maitri or also (illegal) immigration.

Ignore the naysayers, let’s talk maitri. Maitri, the Word Of The Day, comes from Pali word metta. What does metta mean? Prepare for a barrage of feel-good words: benevolence, loving-kindness, friendliness, amity and goodwill. Maitri is friendliness. You can be friendly with people you are not friends with. In normal life that may not lead to strong friendships because the best of friends hardly behave friendly. Friendly looks, sounds and feels formal. Friends aren’t formal. Being friendly with other countries can help build strong diplomatic relationships. Some leaders can become friends too like Modi and Donald Trump claimed to be, or Modi and Benjamin Netanyahu are. But Modi will have to be friendly with Joe Biden too and whoever (if) replaces Netanyahu.

Actor-turned-politician Kamal Haasan has formed electoral maitri for the 234 Tamil Nadu Assembly seats. Haasan’s Makkal Needhi Maiam (MNM) will contest on 154 seats. On the other hand, in a setback to the AIADMK-BJP combine in Tamil Nadu, actor Vijayakanth's DMDK has walked out of the alliance because the seat-sharing did not work out.

But this isn't the first time Haasan’s MNM would be testing it if it can turn Haasan’s fan base into his party’s voter base. Did you know that years ago Kamal Haasan turned his fan clubs into a social welfare organisation? A fan idolises you. When a fan does good work in your name, more people begin to like you. So you get more fans. 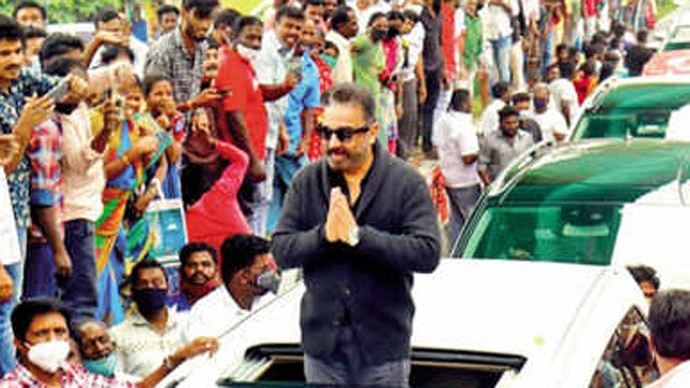 The idea to turn fan clubs into a social service organisation reportedly dawned on Haasan when in the 1980s some of his fans walked from Puducherry to Tamil Nadu with a torch in honour of their star. Fandom and craziness have a fine line separating them which people can cross in no time if the borders are left unguarded. Haasan decided to guard the borders. Kovai R Thangavelu, a fan, approached Haasan around the same time Haasan realised how crazy fan clubs in Tamil Nadu could get. Kovai suggested that Haasan should also have a fan club. Haasan said why not have a social welfare organisation instead? And so Narpani Iyakkam (welfare association) was set up.

From blood donation camps, to cleanliness drives, to providing food to the needy, Narpani Iyakkam has been helping people in need. Will people now help Haasan with votes? Take your guess. Keep it safe with you. Check if it matches the results on May 2.

The teaser of Amitabh Bachchan and Emraan Hashmi’s film Chehre was checked for Rhea Chakraborty’s chehra and the results matched the results of February. Both posters did not have Rhea. Emraan who tweeted about the movie today tagged a bunch of people, but Rhea’s name was missing from the list. Two years ago, Rhea had announced she would be part of the movie. Since then nobody has announced that she will not be part of the movie. All eyes on the teaser (to be released on March 11) now. 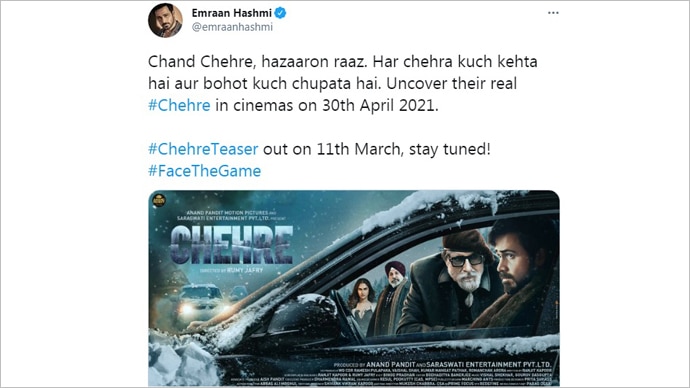 If you are not interested in the movie or who is part of the movie, maybe you would find reading One Part Woman by Perumal Murugan of some interest. The book has been translated into English by Aniruddhan Vasudevan too if you can’t read Tamil.

One Part Woman is a work of fiction, but a real potboiler is boiling in Maharashtra in the Mukesh Ambani bomb scare case. The twist in the tale came when the owner of the car in which explosives were placed outside Mukesh Ambani’s Antilia was found dead. Another twist has come now with former Maharashtra CM Devendra Fadnavis demanding the arrest of Mumbai Police's 'encounter specialist' API Sachin Vaze in connection with Mansukh Hiren’s death, which some are saying is a murder.

According to Fadnavis, Mansukh Hiren's wife is among the ‘some’ who think it is murder. She reportedly thinks Sachin Vaze killed her husband.

Why would Vaze do it? Fadnavis claims the explosive-laden car was in possession of Vaze for four months prior to the incident. The stuff of a movie there. Or a Netflix series since we're in the OTT era.

In Mumbai, actor Ranbir Kapoor has tested positive and so has Sanjay Leela Bhansali. Actor Alia Bhatt, meanwhile, is in quarantine because she was shooting with Bhansali for their upcoming film Gangubai Kathiawadi.

The virus, lest you forget, is still out there. If you let your guard down, you can get it. But if you have taken the vaccine, you might be safe. Life, as you know, is all about ifs and buts.

#Narendra Modi, #Vaccine maitri, #Rhea chakraborty, #Trivendrasinghrawat
The views and opinions expressed in this article are those of the authors and do not necessarily reflect the official policy or position of DailyO.in or the India Today Group. The writers are solely responsible for any claims arising out of the contents of this article.