What India is doing to fight for love

Every state has its own form of khap panchayat, even though it is not as pronounced as Haryana.

I am not among those who celebrate the Valentine's Day. Anyone who has seen the mindless commercialisation of it would want to stay away from it. However, if youngsters are going to learn the importance of love through this day, then why not? I have held this belief for the longest time and it is confirmed in today's vicious times.

I met a group of youngsters in Pune this Valentine's Day who are working on the freedom to love for the last three years. They work under the banner "Right to Love", an initiative that started in 2014. The group comprising Abhijeet K, Sushant Asha, Vikas Shinde, and Mayuri Asha decided to come together after a young couple was mercilessly beaten up in Latur in December 2014. The video had gone viral and remained the focus of media debates for a few days.

On January 22, 2015, these youngsters conducted a march protesting the beating up of young boys and girls in love. Quite expectedly, they received threats and were told their march would be disrupted by letting donkeys into it. We would even teach the donkeys how to love, was their prompt reply to these disruptive elements.

The huge success of the march encouraged the youngsters to formalise their group as "Right to Love", which the organisers believe is a fundamental right. They have even studied various aspects of law in these three years with regards to an individual's choice of a partner.

The group not only encouraged people to fall in love, but also provided protection to those who needed it. So far, they have helped organise 14 inter-caste and one inter-religious marriage.

We have seen how such marriages face societal pressures, lack of protection from police, and at times, even honour killing. Every state has its own form of khap panchayat, even though it is not as pronounced as Haryana. Right to Love has decided to take on these social evils with more and more youngsters joining them. This effort is important on two fronts. One, Pune is a city known for its orthodox values and second, this movement is focused on lower sections of society where openness in love is still an alien concept.

Recently, Right to Love demanded a couple garden from the Pune corporation. Couples in the city do not get the privacy they need to spend quality time with each other. My friend and NDTV anchor Ravish Kumar has addressed it beautifully in his book Ishq Mein Shahar Hona. "Bharat ka koi bhi sheher prem anukul nahi hai (no city in India is conducive for love)," he says. The Pune corporation has responded with a positive feedback.

However, there is a fine line between loving someone and obsessing over someone going on to harass them. Right to love is aware of this problem and deals with such cases firmly too often taking the legal course in such cases. 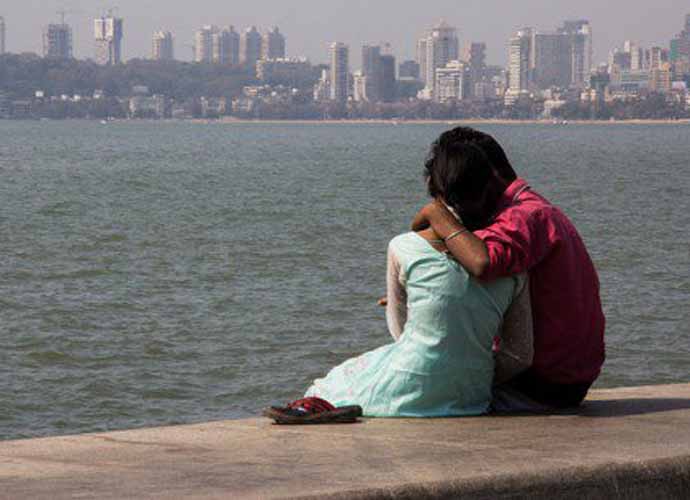 In a patriarchal set-up, boys often find it hard to accept a "no". For them, Right to Love is planning an awareness campaign. They are aware of the need to create gender equality in relationships. Most importantly, these young soldiers of love have challenged virginity tests prevalent in the Kanjarbhat community, child marriages and so on.

This organisation may be young, and limited to Pune but they are getting humongous response from all over India. I think their work is extremely significant. Dr Narendra Dabholkar's Andhashraddha Nirmoolan Samiti (ANS) also encourages inter-caste marriages but their main work related to fighting superstitions. I don't know of a second organisation that works solely on love.

Valentine's Day came into being because Roman Emperor Claudius 2 was opposed to the idea of love. Saint Valentine challenged his authority. Every society has tried to suppress love in its own way time spans. The opposition often turns violent when the pretext is of religion or caste. BR Ambedkar and Periyar both encouraged inter-caste marriages to take on castiesm in the society. But today we as society and state turn a blind eye to these revolutionary ideas. On paper, many state governments encourage inter-caste marriages, but on the ground they do nothing about it.

A democratic set-up should naturally encourage love, but that doesn't happen. In these times of hate, love assumes an even greater importance. Majority of our society has never really spoken openly about love or sex (only the rich do). Let alone political parties, but even progressive movements rarely make it their agenda. In fact, sex is still seen as a taboo, which is why "sex tapes" often surface ahead of elections, and our news channels stigmatise it by telecasting them.

For most Indians, sex is merely a way of procreation. It is something that is to be done clandestinely. If, through initiatives like Right to Love, a change is triggered, and the society gets a new perspective, then it would be safe to say we had a productive Valentine's Day!

PS: On a lighter note, I'd say the "revolution" has already begun with Praveen Togadia backing Valentine's Day celebrations, and Shiv Sena not trying to stop celebrations. What began under the grandfather, doesn't find resonance in the times of the grandson.

#Right to love, #Pravin togadia, #Youngsters, #Valentine's Day
The views and opinions expressed in this article are those of the authors and do not necessarily reflect the official policy or position of DailyO.in or the India Today Group. The writers are solely responsible for any claims arising out of the contents of this article.