Why I, as a child, was very frustrated with Rishi Kapoor

The actor has touched so many lives in so many ways and will live on in millions of fond hearts as he lives in mine.

When I was a child, my large extended family members were avid movie buffs and Fridays were consecrated to new releases. If tickets were not booked in advance or they ran out too fast, buying tickets in 'black' from the wasted bookie in the parking lot was an oft replayed adventure. From the car window, I would stare in awe at my heroic aunts and uncles as they negotiated a furtive deal, sometimes with a nonchalant, disinterested act and at times with an 'I will commit suicide if I don't see this movie now' plea. 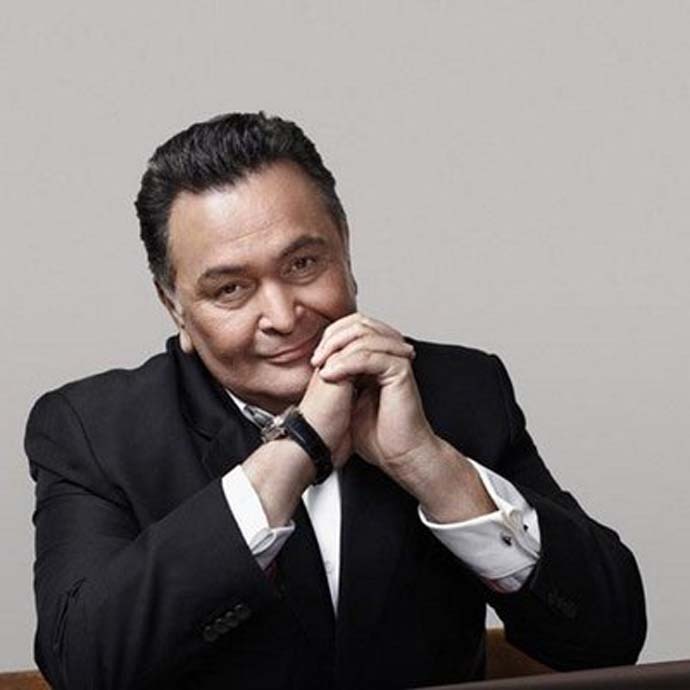 I was a victim of the overwhelming popularity of Rishi Kapoor. (Photo: Twitter / RishiKapoor_)

My main reason for accompanying my star-struck uncles, aunts, and cousins to Hindi movies was the interval. The famous A1 Samosa and the Raspberry Duet Ice Cream. A great movie got me both, but in the not-so-good ones, the adults became Scrooges and I had to make the heart-wrenching choice of one or the other.

As you can see, the parking lot, the snack lobby, even the projector room, impressed me far more than the big screen itself. I was more an outdoorsy kid then, hard as it is to believe that of the present me. To be fair, it was decades ago.

In fact, since we were a large family, I would often gladly sacrifice my movie ticket in exchange for goodies, usually crisps and a Mangola Dukes drink and spend the time in my scintillating garden. Dear me, I do sound a tad greedy. But those were simply the circumstances. Treats were rare and for me, games and treats topped movies any day. I didn't even like Sundays then as my playmates sat glued to the weekly Hindi movie on Doordarshan when there were so many trees to climb and so many imaginary games to play.

But like I said, the films were so intrinsically woven into our lives that there was no escaping them. And I was a victim of the overwhelming popularity of Rishi Kapoor.

I had two specific reasons to be very cross with him. While my sister would be performing the role of Neetu Singh, I had to partner with her as Rishi Kapoor. (Photo: Youtube Screengrab)

One of the favourite imaginary games of my girl gang was climbing the trees in my garden and pretending we were lost in a forest à la Mowgli — eking out a hard life, fighting wild beasts and dangerous robbers. The game always ended with a heroic rescue. One of my closest friends was obsessed with Rishi Kapoor. For her, the only acceptable rescue option was that Rishi Kapoor would be her saviour. And guess who had to play that part? Yeah, me. If I refused, she would not let the game end, so I almost always gave in. I was made to stride in as a gallant Rishi Kapoor, save her from a fate worse than death, and reunite her with her parents. Take it from me, that roleplay dented my very soul.

And then there was the second even more undignified memory. My kid sister was, no, is, a nautanki — a performance monkey. Every other day, she was asked to dance, mimic or do some antics for some aunts, the whole world and their second cousins. She found the attention enthralling; I found it bewildering. Her favourite actor was Neetu Singh. She was obsessed with her and would not miss any of her movies even though she was barely three or four years old! Naturally, her favourite performance pieces were Neetu Singh's dances. And guess who was the prop in these dances? Of course, me! As Rishi Kapoor! Grudgingly belting out Rishi Kapoor lines and moves from the songs, "Seedhe seedhe haan karti hai, ya chalna hai thaane." The memory of that non-specific line shows you how deeply scarred I am by those songs.

I hated those two girls but they loved their stars — Rishi Kapoor and Neetu Singh. Unwittingly and unwillingly, I too became a part of that fan club. Rishi Kapoor's charm and Neetu Singh's effervescence seeped from the silver scenes into our homes and filled our lives with small joys and big memories.

So, I mourn the demise of Rishi Kapoor, but it’s not a cliché when I say he just cannot die. He has touched so many lives in so many ways and will live on in millions of fond hearts as he lives on in mine.

Post your comment
#Kabhie kabhie, #Neetu singh, #Rishi kapoor death, #Rishikapoor
The views and opinions expressed in this article are those of the authors and do not necessarily reflect the official policy or position of DailyO.in or the India Today Group. The writers are solely responsible for any claims arising out of the contents of this article.

The writer is the National Executive Member of Aam Aadmi Party