The teenager had committed suicide after her family was harassed by former cop SPS Rathore.

Of the dignitaries who shared the stage at Panchkula’s district-level Republic Day function was former Haryana director general of police (DGP) SPS Rathore, convicted for the molestation of teenager Ruchika Girhotra. Girhotra had committed suicide following the sustained harassment of her family.

According to a Hindustan Times report, Rathore was seen sitting in the front row at the event. 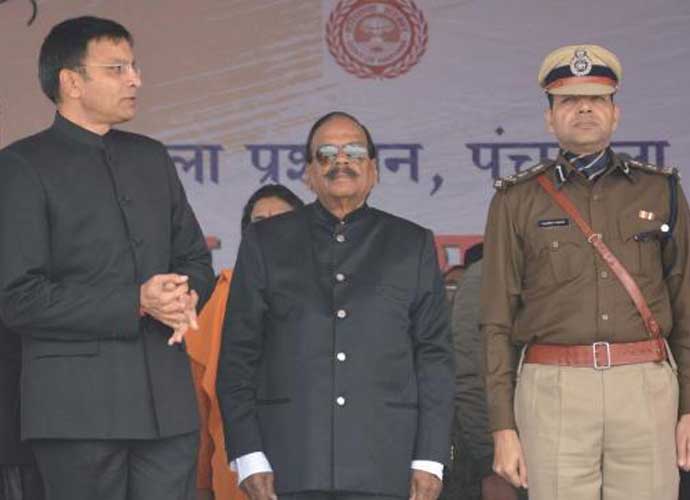 At a time when Haryana is reeling under a spate of gang rape incidents and the Manohar Lala Khattar government is under fire, this treatment to a man who not just molested a child, but also intimidated and tortured her family to the extent that she killed herself, is both cause and symptom of why the state is a terrible place for women.

The Ruchika Girhotra case and the negligible punishment handed to Rathore after a 26-year-long fight is a prime example of how the powerful can twist the system to their will.

The molestation of a schoolgirl, abhorrent in itself, was just the beginning of a terrible saga, at the end of which Rathore was sentenced to 18 months in prison, but did not have to serve any more time in jail because of the six months he had been behind bars during the trial and on account of his “advanced age”.

After a complaint was filed against Rathore, Ruchika, her family and the family of her friend, who was the sole eyewitness in the case, were systematically tortured.

Ruchika’s father was a bank manager, she had lost her mother when she was young. She was a student of Sacred Heart School for Girls in Chandigarh, and had been enrolled at the Haryana Lawn Tennis Association. Rathore was its head, and in August 1990, molested her on the premises of the association office, that was run from his home. Her friend Aradhana was present with her when the incident took place.

After Ruchika’s family went to the police, she was expelled from school, in which Rathore’s daughter was her classmate, for “non-payment of fee”. The expulsion was later used in court to insinuate that she had a “bad character”.

Her younger brother Ashu was booked in false cases and arrested. His statement to the court later read: "Rathore used to get me tortured in his presence at the CIA post in Mansa Devi, Panchkula, after I was picked up by the police on October 10, 1993, on the pretext of being involved in car thefts. Rathore made me lie on the ground and a roller was rolled on my legs and thighs after four constables boarded the roller. Rathore asked me whether I would prevail over my sister and father to withdraw the molestation complaint."

In court, Rathore’s wife, who was fighting his case, said that Ruchika’s father Subhash would “spend his time with another woman, and the neglected children had fallen on evil ways”.

In 2012, after a special CBI court in Panchkula accepted the CBI’s closure report in two cases – attempt to murder Ashu and forgery of documents – filed against Rathore, heartbroken Subhash gave up the fight. “I do not see any hope now. We feel cheated. My family is vulnerable. The circumstances have pushed us back by 20 years,” he had said.

However, the battle was carried on by Aradhana’s parents, Anand Prakash and Madhu Prakash.

“Rathore got more than nine chargesheets issued against me. Surcharge notices were also there. I was suspended for two years because of this case. But it emboldened me to fight back. It did not affect me... Due to his influence, I was prematurely retired by the state government. I approached the high court, which quashed the government order. This case is still pending with the high court,” Anand had said.

The abetment to suicide case against Rathore was never proven.

What message is government sending

Today, two years after Rathore’s conviction and 16 years after his retirement from service, the state of Haryana is honouring him by inviting him to a Republic Day event. This is the man who molested a child while in police service, and later used every ounce of his power not just to save himself, but also to destroy the victim's family.

On January 17, RC Mishra, the additional director general of police of the Ambala Range, had said rape was a part of society.

When this is the attitude of the administration towards the issue of women’s safety and those convicted of crimes against women, need we wonder why rapes continue with impunity?

Also read: Why being a woman in Manohar Lal Khattar's Haryana scares me