Sabarimala protests: How action has shifted from the Supreme Court back to Kerala

A purely legal argument may be made regarding ‘faith’ versus the jurisdiction of courts to enter into the sphere of ‘religious practice’.

The politics and protests over entry of women into the Sabarimala shrine are set to continue further as the Supreme Court on Tuesday, November 13, agreed to hear the review petitions filed on the issue in January.

Amid speculations of whether the SC would take a different stance under new Chief Justice of India, Ranjan Gogoi, was the “hope” of the Ayyappa devotees that their argument of religious freedom would be given due weightage by the new bench. 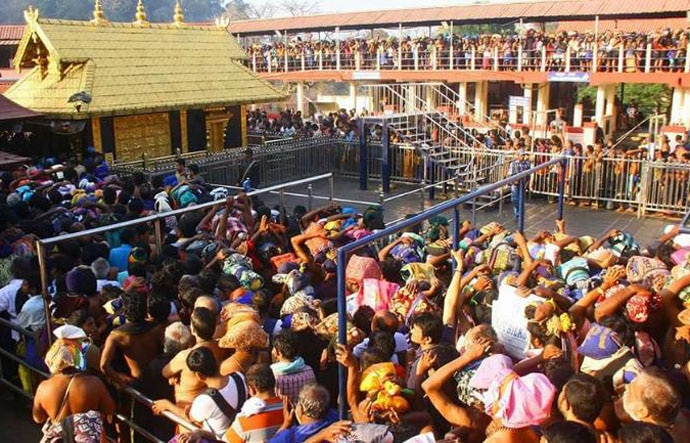 The devotees’ associations as well as political parties have declared that they will continue to oppose entry of women into the temple. (Source: India Today)

Forty-nine separate review pleas had been filed by various groups of Ayyappa devotees, including pleas by the head priest (thanthri) of the shrine, and the representative of the Pandalam royal family, which is the traditional “keeper” of the shrine area.

It is unusual for the Supreme Court to agree to hear review petitions in open court. What is adding fuel to speculations is that the SC has also indicated that it may hear the three fresh writ petitions that had been filed on the same issue along with the writ petitions.

By 4pm, once the order passed in the review pleas was made public, the lawyers for the various groups of Ayyappa devotees, expressed “hope” that the large number of pleas on the docket would influence the court and let the judges see how the “Sentiments of a large number of devotees were being hurt.”

The lawyers also suggested that since they would raise the argument that the entire issue needs to be heard afresh, the SC could also consider referring the issue to a larger seven or nine-judge bench.

Meanwhile, the politics of protests continues in Kerala, with parties taking full advantage offered by the “opportunity”. As media discusses “politicisation” of the “devotees’ protest,” the BJP and the Congress held rallies in Kerala on Tuesday to “save Sabarimala”.

In the September 28 judgment, then CJI Dipak Misra had observed, “Any rule based on discrimination or segregation of women pertaining to biological characteristics is not only unfounded, indefensible and implausible but can also never pass the muster of constitutionality.”

The Ayyappa devotees, however, have been arguing that the exclusion of women aged 10-50 years is not for reasons of purity or menstruation, but because they are “women” and not “children or mothers”. A vehement argument has been made by Ayyappa devotees regarding the celibate nature of the deity and the need to respect the “rights of the deity” to “prescribe rules of worship and who can enter the temple”.

The petitioners had argued before the court that the practice is “primary to preserve the sacred form and character of the deity”, and that the objection to this custom is not being raised by the worshippers of Lord Ayyappa, but by ‘social activists’.

With the review petitions now coming up before the court, a purely legal argument may also be made regarding ‘faith’ versus the jurisdiction of courts to enter into the sphere of ‘religious practice’.

Justice Indu Malhotra, in the lone dissenting opinion, had observed, “Constitutional fabric of our country permits religious beliefs and practices to exist, regardless of whether or not they appeal to the rational sensibilities of this court, or others…” 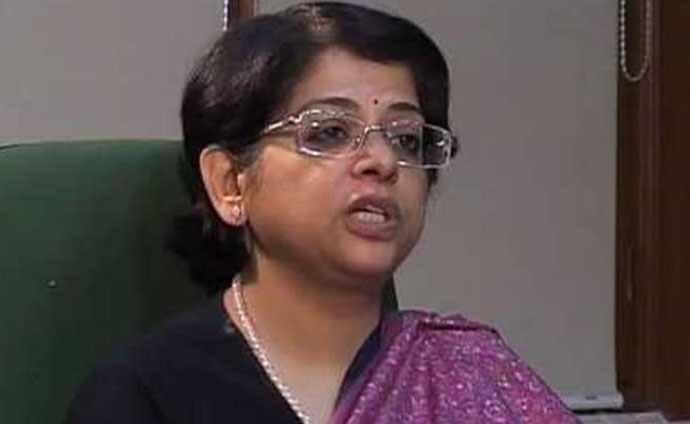 Justice Indu Malhotra had said that the constitutional fabric of our country permits religious beliefs and practices to exist. (Source: Twitter)

The action now shifts from the Supreme Court back to Kerala, where the devotees’ associations as well as political parties have declared that they will continue to oppose entry of women into the temple during the ‘Makaravilakku’ period from November 16 to January 15, as the temple will remain open for the annual pilgrimage.

#Sabrimala temple, #Menstruation, #Lord Ayyappa, #Sabarimala protests
The views and opinions expressed in this article are those of the authors and do not necessarily reflect the official policy or position of DailyO.in or the India Today Group. The writers are solely responsible for any claims arising out of the contents of this article.