Sitaram Kesri was stripped of his position as Congress chief in 1998. They then went for his dhoti and nameplate.

Got problems? Rely on Reliance’s Mukesh Ambani for solutions. Not all kinds of solutions but those in the domain of data. He will be offering them at 5G speed. “Jio has developed complete 5G solution from scratch that will enable us to launch a world-class 5G service in India,” Ambani said while saying many others things at the company’s annual general meeting, which went virtual in a first for the company. The 5G network will do what it does to Jio, but according to Ambani, it will fulfill PM Narendra Modi Aatmanirbhar Bharat mission. 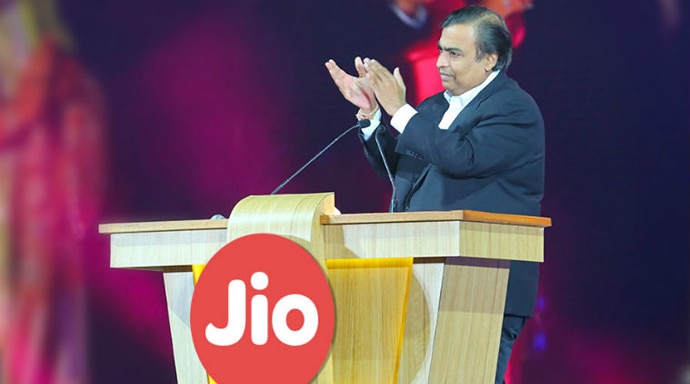 5G will do that when it arrives, but today students wanting to check CBSE Class 10 results had to rely on SMSes because the CBSE website remained down for most part of the day in a repeat of the day CBSE declared results for Class 12. Such consistency, much wow. With full reliance on its website missing, CBSE provided students with alternative modes to check results.

Technology has made us a slave to it, but count some out in this counting of slaves. On position Number 1 today is Home Minister Amit Shah who has briefed Jan Adhikar Party president Pappu Yadav, AKA, Rakesh Ranjan, via a letter that his request for a CBI probe into the death of actor Sushant Singh Rajput would be looked into. Pappu Yadav’s belief in the law of the land is understandable given his acquittal in the murder of CPM leader Ajit Sarak after full five years in jail.

So is a CBI inquiry in the offing? That depends on the “concerned ministry” to which Shah has moved Pappu Yadav’s request.

Zydus meanwhile has moved to human trials for its vaccine, ZyCoV-D. As many as 1,000 people across India will be part of the trial. If the vaccine is effective, these 1,000 people would be vaccinated even before the vaccine is launched in the market.

Vacillating between the hatred for Ashok Gehlot and respect for the Gandhis is Sachin Pilot who has made no movement since yesterday. Yes, the party has removed him from two important positions but Pilot has neither joined the BJP, nor said anything about launching one of his own.

Perhaps, Pilot was waiting for his friend and colleague in the party, Rahul Gandhi, to wake up to the crisis. Gandhi, who seemed to have put his alarm on snooze several times, has sent out a message to the party to send a message to Pilot that doors for him are still open.

We do not know if Rahul knows about the conditions Pilot has laid out for his return. But we do know that Pilot has accused Gehlot of plotting to get him out both as Deputy CM and Rajasthan party chief. His exit, which can be reversed depending on what Rahul Gandhi does, has been rather unceremonious, but a far more unceremonious exit of the party’s national president had happened in 1998, under his father Rajesh Pilot’s watch.

The party president then was Sitaram Kesri. On numerous occasions, Rajesh Pilot has openly criticised Kesri’s leadership. On June 9, 1997, Pilot said of Kesari, “There has to be transparency, accountability, a campaign against corruption and revived commitment to secularism in the party. This cannot happen under the present leadership.”

Post 1978, the post of Congress president has been almost reserved for a member of the Nehru-Gandhi family. That is if you minus the six-year term of PV Narasimha Rao and year-and-a-half tenure of Sitaram Kesri.

On March 14, 1998, Kesri came to 24, Akbar Road convinced that he can’t be a party chief. If he would have lived to see this pandemic, he would have known anything can happen; literally anything. But back to the story, two crucial statements had been agreed upon at Pranab Mukherjee house earlier that morning. The first was an ultimatum asking Kesri to step down. There was no scope for Kesri to not step down because the second resolution endorsed replacing him with Sonia Gandhi.

So when Kesri came to 24, Akbar Road, Mukherjee began reading out a resolution 'thanking’ him for his services. The element of surprise in any attack is critical to overpowering your enemy. A stunned Kesri said he could not make sense of what Mukherjee was saying. So Kesri said, “Arre yeh kya keh rahe ho?”

Kesri was also reportedly locked in a room in the Congress headquarters to prevent him from creating obstacles in Sonia Gandhi entering the office of the Congress president. 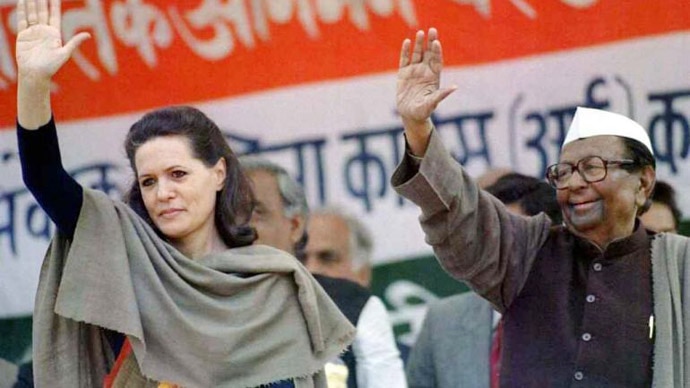 Sonia Gandhi succeeded Sitaram Kesri as Congress president in March 1998 in what is often called a bloodless coup. (Photo: Reuters)

He decided to leave but as he was getting into his car, Kesri was heckled and some Youth Congress workers even tried to pull down his dhoti.

As soon as he was gone from 24, Akbar Road, the nameplate outside what used to be his room once, but was no longer his now, was replaced with a printout that read: ‘Congress President Sonia Gandhi’.

Let’s leave the past in the past and let’s go back to the Rajasthan crisis. The crisis it seems has forced Congress leader Rahul Gandhi to postpone his video plans on sharing the party’s history.

I want to make our current affairs, history and crisis clear and accessible for those interested in the truth. From tomorrow, I’ll be sharing my thoughts with you on video.

Be that as it may, PM Modi today addressed the nation via videoconferencing because today happens to be World Youth Skills Day. Modi senses an opportunity for local to go global in the field of skills.

The world needs skilled hands and we in India have the talent-force to cater to these global needs. #5YearsofSkillIndia pic.twitter.com/V94f48UqU6

But what is skill?

Since the world is marking World Youth Skills Day, we too want to do it by making skill our Word Of The Day. Your job requires skills, but what do you require to be skilful?

All that’s closed will eventually open. Whether that happens because we learn to live with the virus or because the virus is not able to live with our masks and heightened sanitisation is for time to answer.

But it is for us to tell you that the wait to Sushant Singh Rajput’s last movie Dil Bechara is just over a week away. To make the wait easier, the movie makers are releasing the movie’s songs one by one. After the title track Dil Bechara, another song, Taare Ginn released today.

Listen to the song, or count the stars, or do both along.

And if you need motivation doing the maths with stars, watch this trailer of Shakuntala Devi. To watch the movie, wait till July 31.

We will leave you doing that.

Also Read: DailyOh! Where will Pilot crash-land, to a trip to Nepal’s Ayodhya

Post your comment
#Ashok Gehlot, #5G, #Mukesh Ambani, #Sachinpilot
The views and opinions expressed in this article are those of the authors and do not necessarily reflect the official policy or position of DailyO.in or the India Today Group. The writers are solely responsible for any claims arising out of the contents of this article.