It's World Sparrow Day: What Twitter users tweeted about saving the tweeting bird

It's the state bird of both Delhi and Bihar.

On the occasion of World Sparrow Day, social media users have been posting photos of sparrows, reminiscing how the rare-to-find bird used to be ubiquitous a few decades ago. The tweets might have actually outnumbered the tweeting bird as various area-specific studies have indicated that the numbers of these urban birds have steadily dwindled over the years.

Mobile towers, change in architecture with no natural nesting space for the birds and an increasing number of blue pigeons, which have mostly occupied the nesting places of the sparrows. 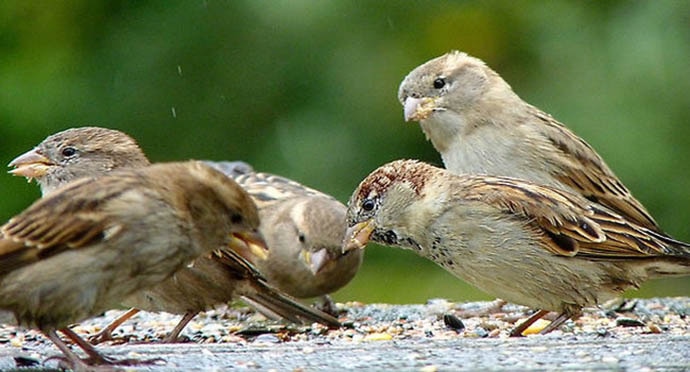 March 20 has been observed as World Sparrow Day since 2010. It was an initiative by Nature Forever Society of India in collaboration with the Eco-Sys Action Foundation (France). Many national and international organsations are part of it.

Today is #WorldSparrowDay -common house sparrow, is one of the most ubiquitous birds on earth and is also one of the oldest companions of human beings. Fortunately, they are still found in abundance in many parts of the world. pic.twitter.com/TnghYBM3xE

Every little thing in the nature makes our life so beautiful. It is our duty to conserve these little elements of nature. On #WorldSparrowDay, let's spread awareness about conservation of these birds. pic.twitter.com/NGlHfWdnix

On #WorldSparrowDay, sharing some pics of sparrows who visit my lawn :) pic.twitter.com/mstYAGC9nt

Sparrows were aplenty in Vaishali, Gzb till 5 years back. I don't see any now. This beauty was captured by me, circa 2012, at my home's parking gate.#WorldSparrowDay pic.twitter.com/4TLZ1lmGa7

Today is World Sparrow Day.Save the sparrow from extinction. It is easy. Sparrow nesting boxes at our home. A sparrow chick peeping out. pic.twitter.com/CFqiEQBZXP

The idea is obviously not to restrict awareness to one particular day, but earmark a day to convey the message of conservation, which should be carried out throughout the year. Indian conservationalist Mohammed Dilawar started working towards the conservation of house sparrows in Nashik more than a decade ago. In 2005, he set up the Nature Forever Society.

Small things go a long way help Sparrows by providing them with year round source of food here is the favorite food our our #Sparrows #WorldSparrowDay #WorldSparrowDay2018 #NatureForeverSociety #Sparrows #ILOVESPARROWS pic.twitter.com/GveGLJ3Mso

State bird of Delhi and Bihar

In 2012, then Delhi chief minister Sheila Dikshit, declared the house sparrow as the state bird. The move was to create awareness about the birds, which were vanishing from the city’s landscape. The Indian Postal Department had also released a stamp of the house sparrow along with one of the rock pigeon. In 2013, Bihar, too, declared house sparrow its state bird. According to reports tracking number of sparrows in Delhi, the birds have moved from the city to greener areas on the outskirts. A substantial number of sparrows can still be found in green spots such as Lodhi Garden, Sanjay Van and biodiversity parks.

These are daily visitors to the place we lived in #Srinagar #WorldSparrowDay pic.twitter.com/vAm2FEjjZJ

How to save sparrows

Since the architecture of new houses and flats can't accommodate natural habitats for house sparrows, conserving one of the earliest birds would require placing artificial nest-boxes and feeders.

There was no official sparrow count initiative as no one felt it was necessary. Last year, an initiative called Great Sparrow Count was taken up across the world to count the numbers of sparrows. Such initiatives need continuity and must involve more people to show results.

Also read: Why the World Sparrow Day is a sad reminder of something we all lost