Religious terrorism isn’t about poverty, local issues, schools one studies in or the religious milieu in which someone grows up.

The Easter Sunday bombings in Sri Lanka which killed over 250 people was probably the single worst terrorist attack in South Asia.

The sheer scale of the attacks, ostensibly executed by a relatively obscure local extremist Islamist organisation with alleged links to similar organisations in India and admitted links with the most notorious of all terror groups — the ISIS — is frightening for the implications it holds and dangers it portends. 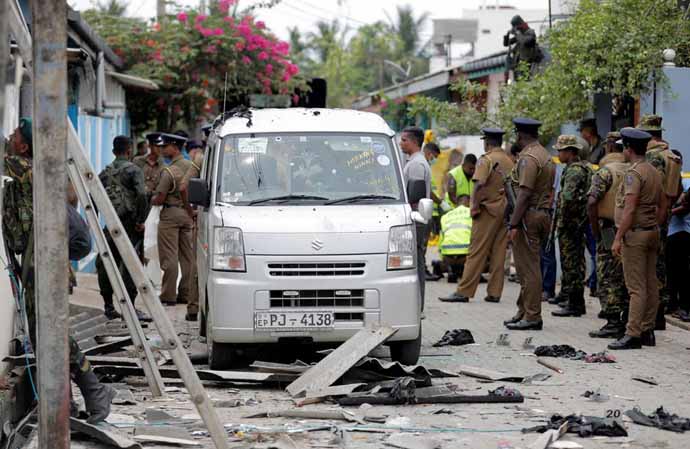 There are also lessons to be learnt, mistakes to be avoided and, most of all, assumptions and assessments that need a relook and review. The biggest lesson for India is the way the Sri Lankan government and media handled the aftermath of the bombing. There was none of the hysterics and wild speculation, much less knee-jerk finger-pointing that we in India are so used to when such attacks take place. Sri Lankan authorities were extremely circumspect and didn’t fall over themselves to feed the voracious monster called 24x7 news with selective or sensational leaks.

To their credit, the Sri Lankan media also behaved very responsibly and refused to indulge in airing any news unconfirmed by the authorities. There was none of the instant analysis so common in almost every other part of the region with talking heads unravelling the entire conspiracy even before formal investigations have commenced. The second lesson is to understand how conflict and lack of communication and coordination between different pillars, offices and institutions of state can visit disaster on the country even when it could have been easily pre-empted and prevented. In Sri Lanka, the political tussle between the President, Prime Minister and Parliament made for cracks in the system through which accurate and actionable intelligence about the imminent terror attack slipped out.

Regardless of the severity of political differences, all players must sing from the same song sheet when it comes to national security. The third lesson is to never ignore information or intelligence because of a predisposition about the source. The fact is that most Sri Lankan analysts and commentators, including some who are acknowledged experts in the field of terrorism, were somewhat dismissive of the reports in the Indian media (most of which were probably informed by Indian intelligence sources). The organisation and people involved in the attacks, probably, reflected not just their own bias, but also that of Sri Lankan law enforcement agencies, towards Indian information sources.

In a way, they were in denial about the possibility of Islamist terror groups, which were probably linked to international jihadist terror organisations, carrying out such a spectacular attack in their country.

Fourth, the distinction between extremist organisations and terrorist outfits, made by security agencies and terrorism analysts needs a relook.

There is a fine line that separates the two, a line which is often breached because it doesn’t take much for someone brainwashed by an extremist organisation to make the transition to a terrorist outfit.

From what has appeared in the public domain, there were links between the Sri Lankan terror group National Tawheed Jamaat (NTJ) and some Indian Islamist organisations in Kerala and Tamil Nadu. Some links have been found between what happened in Sri Lanka and Indian Islamist organisations. (Source: Reuters)

That Indian intelligence got wind of the terror attack means it kept a close watch on some of these groups. But perhaps that isn’t enough anymore. There is now a strong case for Indian authorities to come down very hard on all such groups, including outfits whose cadres have been known to join the ISIS and the IS-Khorasan Province. India ignores or soft pedals these poisonous organisations at its own peril.

The fifth lesson is that dumbed down analysis doesn’t explain the causes and motivations of terrorists. There is enough literature to shoot down the prosaic explanations of what makes a terrorist. It isn’t about poverty; local issues (alleged tensions between Buddhists and Muslims); schools you study in (there are more private and public school educated jihadists); the religious milieu in which someone grows up; the politics of the father, and could be actually the mother who has influenced the kids. The thing is that all of these are at best contributory factors, and not the primary drivers of religion-based terror. Persecution, discrimination or alienation is often a convenient excuse and a seductive justification (lapped up by the usual suspects like the ones in India who think every terror attack is because of the Gujarat riots or Babri Masjid demolition) but this is not a root cause.

Finally, to think that attacks like Easter Sunday are not possible without a direct involvement of an international terror organisation like Al Qaeda or ISIS needs to be re-examined. In a sense, if indeed the ISIS was behind the Sri Lankan attacks it would be a far better situation than if a local group, inspired by ISIS, managed to acquire on its own such a fearsome capability.

The former is something that is on all security agencies radar screens; the latter is terrifying because it means a bunch of relatively smart, highly committed, fanatically motivated people can evade detection and still acquire the resources, skills and capabilities to launch such terrible attacks. This would mean an entirely new ball game in combating terrorism.

Also read: In the heat of electoral battle do not forget Sri Lanka. Terror must be tackled

#Islamic Extremism, #Terrorism, #ISIS, #Sri lanka terror attack
The views and opinions expressed in this article are those of the authors and do not necessarily reflect the official policy or position of DailyO.in or the India Today Group. The writers are solely responsible for any claims arising out of the contents of this article.