Satyarth Nayak’s Sridevi is a book for generations

Great lives must be documented, and Nayak does a fine job at documenting Sridevi’s.

In 1987, draped in a blue chiffon sari, she had set hearts beating faster than what doctors would describe as safe limits, as she danced to ‘Kaate Nahi Kat Te’ sung by Alisha Chinai, in Mr India. Each time she took a pause and then lip synced “I love you”, she defined seduction. And yet, after the release of English Vinglish in 2012, when asked by a journalist if she would do another ‘Kaate Nahi Kat Te’, Sridevi said, “Today I think my children will kick me out of the house if I even attempted something similar. Besides, I don’t think I’d be comfortable doing such a dance today.” She was, of course, joking about the first part. The second part of the statement, however, was a glimpse of her personal transformation.

People change. But Sridevi had metamorphosed.

From the ultimate Indian temptress in 1987, Sridevi had now turned into a hands-on mother and dutiful wife. The transformation was so complete, it seemed, one did not know the other.

Those who have worked with this Bollywood superstar would tell you how Sridevi could enter the skin of the characters she played on screen the moment the camera was switched on. It was difficult to believe she wasn’t who she was playing. Born in 1963, Sridevi started acting at the age of four. In her career spanning 45 years, she did over 300 movies.

So varied have been the shades of characters she portrayed on screen, hopping from Tamil, to Telugu, to Hindi cinema, that to capture this life in a book becomes a formidable task. And yet Satyarth Nayak’s book Sridevi: The Eternal Screen Goddess succeeds in not just capturing the actor in Sridevi, but also the person whose studied aloofness made her an enigma for millions of her fans and co-workers.

Nayak begins from the beginning — when Sridevi was ambling around the halls of the Congress office in Tamil Nadu and a voice asked her, “Would you act in movies, child?”

She replied, “Ask my father.”

The voice was that of Tamil lyricist Kavirajar Kannadasan. Soon, Sridevi played Lord Murugan in Thunaivan. The rest, as they say, is history, and this history has been pieced together in meticulous detail by Nayak.

Sridevi was moving in the world of Indian cinema divided by language barriers; the move from one to the other was never clear. There were some clear distinctions, but there were many overlaps, but the book Sridevi can be your guide to this journey.

While there is great detailing with regards to the work she did, there is also a dose of her personal life and rivalries. The bitter and open acrimony she shared with Jaya Prada, the fallout she had with Saroj Khan and the coming together of the two, Sridevi’s refusal to work with Amitabh Bachchan and Amitabh sending her a truck full of roses as an olive branch all find space in Nayak's chronicle of her life. 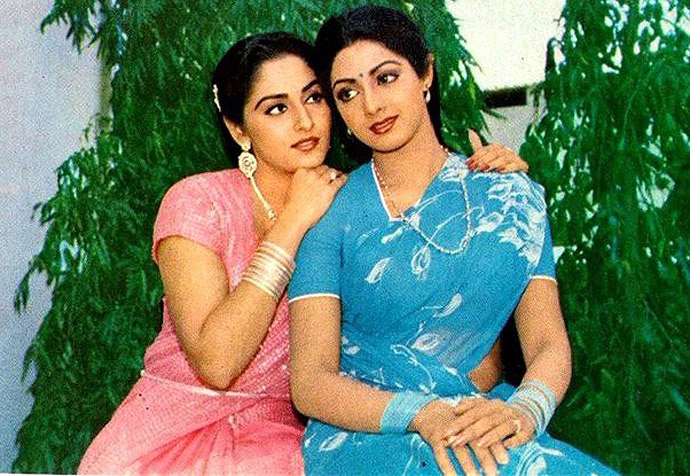 Jaya Prada and Sridevi acted in movies together but could barely see eye-to-eye.

Nayak has sifted through the newspapers and magazines that wrote on her, about her and against her over the entire span of her career. The writer has pieced together rivalries that played out in the media with bickering parties giving interviews, making caustic remarks against each other.

At some points, he goes into the details of the characters essayed by Sridevi, trying to draw the reader’s attention to her expressions and moods and their depictions. Many of these may find resonance with you because you may already remember them. At many places, the book will serve as a reminder of the greatness of the actor in her. And at some points, you will be tempted to see the work Nayak is talking about and you missed for one reason or the other.

Great lives must be documented, and Nayak does a fine job at documenting Sridevi’s.

#Mr India, #Satyarth nayak, #Penguin, #Sridevi
The views and opinions expressed in this article are those of the authors and do not necessarily reflect the official policy or position of DailyO.in or the India Today Group. The writers are solely responsible for any claims arising out of the contents of this article.