This is not your bigoted neighbourhood uncle trying to justify his bigotry with asinine statements.

This is not your bigoted neighbourhood uncle trying to justify his bigotry with asinine statements. Ladies and gentlemen, presenting to you, the Tarun Vijay.

Appearing as a panellist on an Al Jazeera debate on the recent attacks on Nigerian students in Greater Noida, the former BJP MP not just denied that the attacks on Africans had anything to do with racism, but came up with gems like "you know Kerala, you know Karnataka" (Post 7:20 mins in the video below).

Although to be fair to the man, this is not unexpected. Vijay has been the editor of the Rashtriya Swayamsevak Sangh's weekly, Panchajanya for the last 20 years. It is of little consequence that Tarun Vijay is also the president of the India-Africa Parliamentary Friendship Group.

Vijay is also the man who wrote an entire column about the lynching of Mohammad Akhlaq, expressing some regret over the issue, but mainly trying to make a point that has more disturbing connotations: Lynching a person merely on suspicion is absolutely wrong, but of course it is completely valid for Hindus to be outraged about beef.

But not to digress, Tarun Vijay’s cringe-worthy statement on the Greater Noida incident, where Nigerian students were accused of cannibalism, arrested and assaulted without any reason whatsoever, is just another example of how ignorant Indians are about what racism is.

If it was not enough, Vijay went on to substantiate his idea of racism, or, actually, lack thereof in India, by saying, “Some time back, there were Biharis who were attacked in Maharashtra. There were Marathis who were threatened in Bihar. And so on, but they can’t be racist attacks. There have been many such attacks, one community reacting against another community – for certain reasons, economy or just like that, criminalised behaviour needs no logic.” 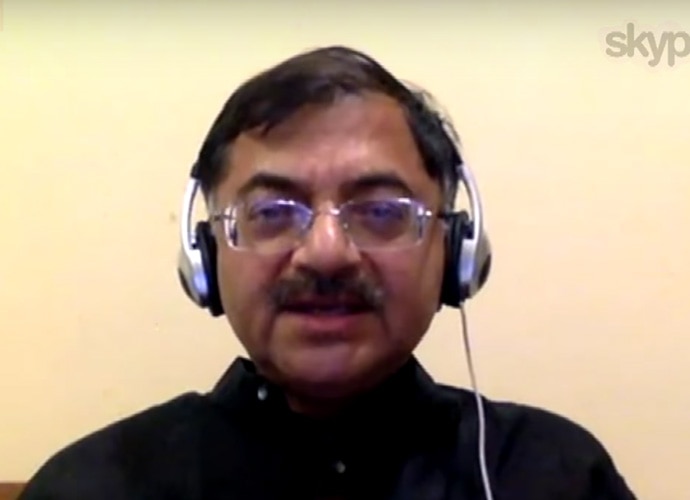 Vijay’s statement has been attacked all over the social media. Nityanand Jayaraman, an environment and human rights activist, wrote on Facebook, “Black is a colour not a personality trait. Who is the WE that he is referring to? Does it include us darkies from the south? Tarun Vijay is merely stating a fact when he says that this nation has a diversity of skin tones. But the presence of this diversity in our society is not proof of its acceptance of the diversity”.

Others on Twitter too lashed out on the former BJP MP.

Tarun Vijay's basic argument seems to be that there are attacks against all communities in India, so we're not racist. (watch 17:00 mark)

Does MP believe "India"=North India only? No issue with us South Indians being called dark,but statement is ridiculous for too many reasons https://t.co/EbySisoZE9

Koi zabardasti nahi hai Tarun Vijay ji. If you can't live with black people like us, you can always go to Pakistan :) https://t.co/bpZaDjXlG7

So South Indians are here on sufferance? Maybe he will target us Bongs next. @Tarunvijay https://t.co/G5nRLWx1Kl

Of course, the BJP/RSS doesn’t have a monopoly on ignorant statements.

Barely a week ago, Congress’s Shashi Tharoor, the personification of an Oxford dictionary and thesaurus, tweeted about the Greater Noida attack, “African students in Southern India have reported no such experiences. The Greater Delhi area doesn't represent everything about India."

Clearly Tharoor needs to be reminded of February last year, when a mob of locals attacked and stripped a Tanzanian woman in Bangalore because a car driven by a Sudanese student had run over a local resident.

But it’s not just the social media that has hit out on Vijay. Congress leader Khushboo Sundar said to News18, “Tarun Vijay's statement is bizarre and senseless. Where does the colour come from? This is coming from Tarun Vijay. This statement is surprising.”

DMK’s Kanimozhi termed it an “anti-national” statement and said, “I hope the BJP takes strict action against him”.

Of course, Tarun Vijay tried to do some damage control. He tweeted, “I said we worship Krishna, which literally means black, we were the first to oppose any racism and were in fact victims of racist British.”

“In many parts of the nation, we have different people, in colour and never ever we had any discrimination against them,” he added.

It is interesting to note here, that the Hindu god Krishna, who was supposed to be dark, has always been depicted with blue skin in art, and has always been played by fair-skinned actors on television and cinema.

Tarun Vijay's statements are a perfect example of how ignorant we, as a whole country, are when it comes to issues related to caste, race or general privilege. Nonchalantly calling all South Indians “black” and correlating their existence in the country as a sign of India’s tolerance to people of darker skin tones is somehow supposed to be a good thing.

This is almost like saying that one can’t be casteist because they have a couple of Dalit friends, but that’s the quintessential Indian politician for you.

Also read - Our landlady called a Kenyan baby a 'bad omen': That's how racist Indians are

#South India, #Racism, #Greater Noida, #Tarun vijay
The views and opinions expressed in this article are those of the authors and do not necessarily reflect the official policy or position of DailyO.in or the India Today Group. The writers are solely responsible for any claims arising out of the contents of this article.