Many ugly realities lie hidden behind the Great Firewall of China.

"Across the Great Wall, we can reach every corner in the world," the message, with triumphalism oozing out of it, was broadcast by China in 1987 after the first email was sent in the country. Just 32 years later, the Communist nation is so desperate it would control winds blowing in and over the country, if only it could.

China is censoring and being pretty brazen about it. Most countries won't be able to tick all the boxes on human rights front. They at least make a pretence about allowing free speech on social media. Not China.

In December 2015, China held the second World Internet Conference. With thousands of tech entrepreneurs and analysts in attendance, Chinese President Xi Jinping said, "We should respect the right of individual countries to independently choose their own path of cyber development."

China's path of cyber development has been one now infamously called the Great Firewall of China. Behind these walls, the country has been trying to hide many ugly realities that it wants to keep strictly in its closet. A US teen of Afghan origin, Feroza Aziz, is the latest to have hit China's Firewall in her bid to bring some skeletons out of the country's closet. In her attempt to raise awareness about the atrocities being committed on Uighur Muslims in internment camps in the Chinese province of Xinjiang, Aziz took to TikTok. She hit the proverbial nail on its head by calling the situation in Xinjiang the "new Holocaust".

GUYS NO JOKE THIS TUTORIAL HELPED ME SO MUCH PLEASE WATCH IT pic.twitter.com/BuITSebOu6

Aziz used TikTok, an app to share short-form videos, owned by Chinese internet technology company ByteDance. As soon as the video, disguised as a make-up tutorial, went viral, TikTok blocked Aziz from posting new content. A cat-and-mouse game followed, with Aziz making several attempts to repost videos, only to be blocked each time.

Unsurprisingly, on its part, the company has denied any such move and attributed the removal of the video to 'human moderation error'.

However, Feroza Aziz says that this is not the first time TikTok has tried 'silencing' her voice on the subject of Uighur Muslims.

This isn’t the first time tik tok has tried to silence me about the Uyghur genocide. Here is the first video I made on my previous account that was deleted and taken down. Tik tok, I deserve answers. What are you trying to hide? I have reached out and haven’t gotten any answers. pic.twitter.com/7xEjkBRzv8

Chinese censorship has clearly spread beyond its borders.

Considering the power China pulls by way of its trade relations, NBA was compelled to calm things down and the tweet was deleted. NBA wasn't alone; Apple Inc had to delete an app that reportedly helped protesters in Honk Kong evade police.

Unofficially, some Chinese people have used virtual private network (VPN) to breach the Firewall. The price of being caught in the breaching act is prohibitive. One may have to pay with life for such an attempt.

But there have been allegations of China itself using Twitter and Facebook for propaganda. When the Hong Kong protests were at their peak, accounts from China emerged on both social media platforms that put out amplified messages and videos showing the agitators as extremely violent. One such Facebook account drew parallels between the protesters and ISIS fighters.

So, while on the one hand, there is a Firewall, on the other, there is what Rongbin Han in his book Contesting Cyberspace in China has called the "50-cent Army" - paid commentators who promote the government's viewpoint.

TikTok users have confirmed being paid for cross-posting their videos on platforms such as Twitter and Facebook. 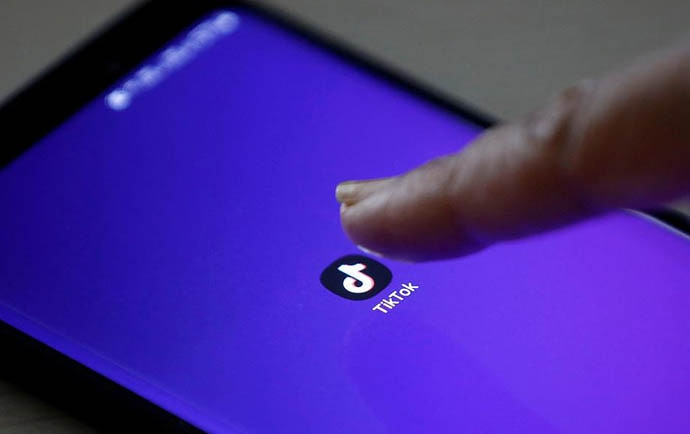 For the first few years after that first email triumphalism, the Chinese state restricted the use of internet for academics and officials. Then, in 1995, it was opened to the general public. A year later, while just about 150,000 Chinese people were connected to the internet, the government called it the "Year of The Internet". Around that time, internet clubs and cafes appeared all over China's largest cities.

A number of bloggers in China began pouring their hearts and minds out. This was a scary spectre for the government.

So in 2002, the government began increasing its emphasis on self-censorship with the public pledge on self-discipline for the country's internet industry. This pledge broadly established four principles.

a) Patriotic observance of law

More than 100 companies, including Yahoo, signed the pledge.

In 2004, came the most defining change. A guideline asked Chinese universities to recruit internet commentators to guide internet discussions in "acceptable" directions.

The passing of the reign to Xi has been the most important in terms of internet freedom for the country. Xi has tried to ensure internet is used to serve the Communist party.

The deletion of Aziz's TikTok video is only a part of the implementation of the view that in China, internet exists for the government.

While China's track record on censorship is an open secret, social media users in other countries too have found their content and account being used arbitrarily.

Senior advocate Sanjay Hegde recently threatened to take Twitter Inc to court and demanded an apology after his account got suspended twice.

According to UK technology research firm Comparitech, India leads the pack of countries when it comes to sending take-down requests to social media firms. Basically, the government telling a platform that something needs to be pulled down.

There is no data to confirm how many of these requests were actually acted upon.

The graver problem with China is that since it doesn't allow global social media players in, there is no way to track how many times it asked for content to be pulled down. In China, the government can do it itself, since platforms like TikTok and Weibo are Chinese.

A New York Times exposé that laid bare what was happening with Uighur Muslims in the internment camps in Xinjiang is reason enough for more concerted attempts to breach the Chinese Firewall. Even if it is one TikTok video at a time.

Also read: Ticking Again: TikTok was banned in India for three weeks. Here’s what happened in those 21 days

#Twitter, #Chinese censorship, #Feroza aziz, #Tiktok
The views and opinions expressed in this article are those of the authors and do not necessarily reflect the official policy or position of DailyO.in or the India Today Group. The writers are solely responsible for any claims arising out of the contents of this article.