DailyOh! Olympics 2020 takes off in Tokyo with the opening ceremony

The Indian contingent was led by boxing legend Mary Kom and hockey captain Manpreet Singh, who were the flag bearers for the opening ceremony at Tokyo Olympics 2020.

The Tokyo 2020 Olympic Games has finally opened after an extra year of waiting. The fireworks light up the National Stadium in Tokyo marking the opening of the Olympic Games. (Photo: Getty Images)

The Games mark a coming together of the world, with an audience of hundreds of millions around the globe and at various stages of the pandemic, tuning in to watch the start of the greatest quadrennial show in sport. The athletes paraded into the stadium by national groups — waving but with smiles hidden behind masks. And for the first time, most contingents were led by both male and female flagbearers. However, the opening ceremony, normally a star-studded display teeming with celebrities was eerily silent this year. There were fewer than 1,000 people in attendance, strict social distancing protocols in place, and signs calling on the spectators to "be quiet around the venue."

The National Stadium might be largely empty, but that didn’t mean that the fans stayed away. Hundreds of fans gathered outside the gates and along the sidewalks of closed streets, waving at any person with an Olympic credential or any vehicle that went by with an Olympic logo.

Here they are ?#TeamIndia at the #OpeningCeremony of #Tokyo2020 #Olympics pic.twitter.com/8K49eWliqF

However, despite all the odds and restrictions, the International Olympic Committee and the Japanese organisers had some relief after spending billions of dollars over the arrangements and the unprecedented postponement last year due to the Covid-19 pandemic.

In the early hours of the day, star archer Deepika Kumari led India's campaign at the Games as the first athlete from the country to be involved in competitive action. She finished ninth in the Women's Ranking Round with a score of 663 out of a possible 720 points. South Korea's An San won the round with 680 points, setting an individual Olympics record.

And it was not just An San. The second and third places in the round were also bagged by South Korean women Jang Minhee (677 points) and Chaeyoung Kang (675 points).

While it is a proud moment for Koreans, it might not have come to them as a surprise. Did you know South Korea has won every women's team title at the Olympic Games since the category was introduced in 1988? And even when it comes to individual medals, South Korean women have bagged the gold in archery in every Olympic Game since 1984, barring the 2008 Beijing Olympics. And even in 2008, Korea’s Park Sung-Hyun bagged the silver, losing by a narrow margin to China’s Zhang Juanjuan. And Yun Ok-Hee, again from Korea, bagged the bronze. 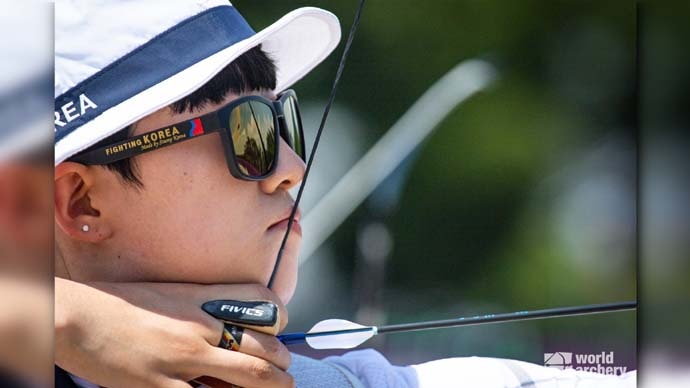 No surprises for Our Word Of The Day today — archery. It is defined by the dictionary as “shooting with a bow and arrows, especially at a target as a sport”. It comes from the Latin word arcus that translates to “bow”.

The Indian men archers, however, turned out to be dampeners at the Ranking Round today. You can catch all the action from Tokyo - as it happens - here.

Back home in India, in the Parliament, the ongoing Monsoon Session has been witnessing chaos since Day One. Yesterday, as we told you, TMC MP Santanu Sen snatched the papers from IT Minister Ashwini Vaishnaw and tore them during the heated debate over the Pegasus row. As a repercussion, Rajya Sabha Chairman Venkaiah Naidu today suspended Sen for the rest of the Monsoon Session.

In Punjab, Sidhu was elevated.

Navjot Singh Sidhu took oath as the Punjab Congress Chief today. And true to the ace cricketer that he was, he mimicked hitting a six as he walked towards the podium. Sidhu indicated hitting a six with a swift flick of his wrist as he took over as the Punjab Congress chief. (Photo: ANI)

The two leaders had met this morning over a cup of tea at the Congress Bhawan in Chandigarh as a gesture of peace. Rahul Gandhi also announced it in New Delhi, saying, “The Punjab crisis has been resolved, you can see.”

In Maharashtra, 36 people have died in Mahad tehsil of the coastal district of Raigad. Over 30 more are feared to be trapped after a landslide occurred in the region following torrential downpours over the past two days. The rescue operations are on, but the efforts are getting difficult as the area is flooded, and the road and rail traffic is hit. 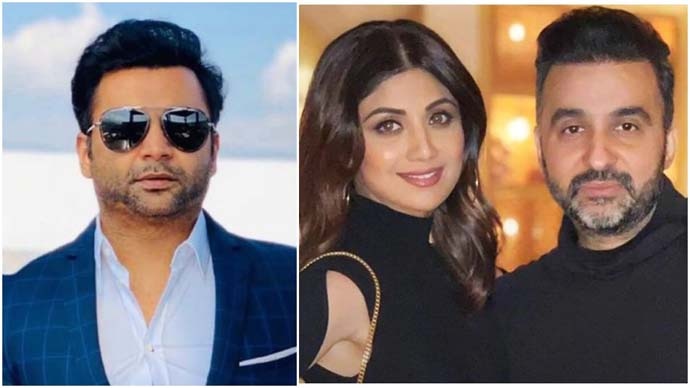 Sachiin Joshi (L) had accused Raj Kundra, Shilpa Shetty and Satyug Gold of cheating him in a gold scheme.

So you can either opt to catch the live action in the world of cricket or the Olympics. If neither catches your fancy, you can always opt to curl up with a good book over the weekend. And for that, we recommend you grab a copy of Laura van den Berg’s latest collection of short stories — I Hold A Wolf By The Ears.

Enjoy your weekend. We will see you on Monday!

#Raj kundra, #Archery, #Deepika kumari, #Tokyo olympics opening ceremony
The views and opinions expressed in this article are those of the authors and do not necessarily reflect the official policy or position of DailyO.in or the India Today Group. The writers are solely responsible for any claims arising out of the contents of this article.