Turkmenistan President is going to 'close' the Gates of Hell. Since you can't go to the hell on Earth anymore, here are 5 other equally out-of-the-world places that you can visit.

Nature is known to be mysterious and unpredictable, and one of its mysteries is all set to be extinguished. Turkmenistan's President Gurbanguly Berdymukhamedov wants to extinguish the flames of the “Gates of Hell” – a gas crater that has been blazing for decades. The crater is also widely known as the Door to Hell and is located about 260 kilometeres away from Turkmenistan's capital, Ashgabat.

Have a look at where it is located:

Turkenmenportal reported that the 'hellish' hole was formed in the early 1970s, when the ground collapsed during a Soviet gas drilling expedition. Reportedly, scientists lit the massive hole on fire to prevent the spread of natural gas, and it was expected to burn out in a few weeks. But it has been burning ever since. 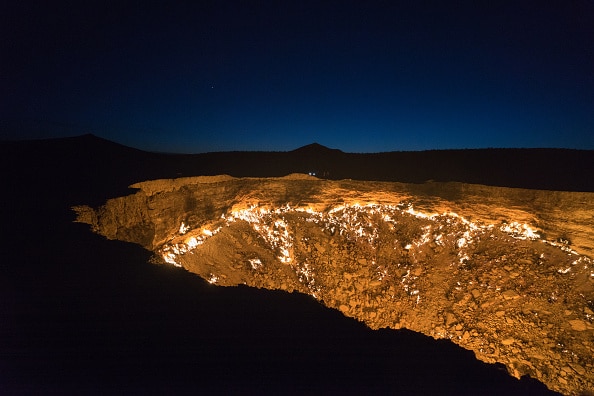 Even though the 'Gates of Hell' are being shut, there are more mysterious wonders you can visit. Most of these promise an out-of-the-world sight; while some will leave you baffled. When hiking up the Ringing Rocks Park, it is advised to bring a hammer with yourself to tap the rocks and boulders piled 10 feet high in the seven-acre field. Most taps will reward you with bell-like tones; hence the name 'Ringing Rocks Park'.

Even though the stones are made of iron and hard minerals, scientists still wonder why the rocks sound like bells, causing people to believe the area is supernatural. Geologists suspect that the sound is produced by the stresses in the rocks. Sedona's red rocks, hiking trails and canyons have long mesmerised tourists, but there is more to this natural attraction.

Sedona boasts of multiple vortexes where swirling fields of intense energy are felt. Some believe that the Sedona's vortexes are a portal for celestial and terrestrial spirits. It is possible to feel a range of sensations due to intense energy, from a slight tingling on exposed skin, to a vibration emanating from the ground.

Mostly, energy from a vortex is felt by a palpable sensation across the nape of the neck and the shoulder blades.

3. ENCHANTED RIVER IN HINATUAN, THE PHILIPPINES 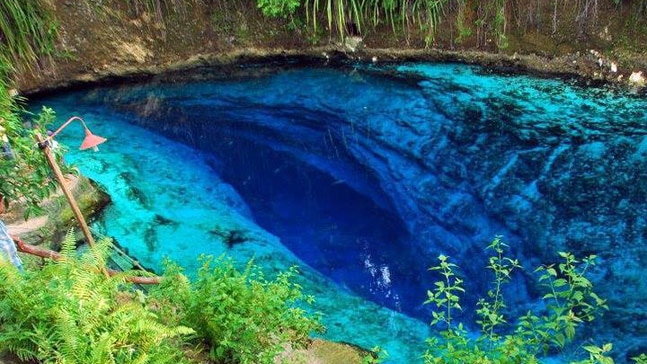 The Enchanted river is enchanted by name and by nature. This river is an eye-poppingly blue river that flows through an area of thick forest on the island of Mindanao. Locals say that the 'magical waters' are inhabited by mythical creatures, which includes an engkanto (a kind of environmental spirit).

It's also commonly believed that the river got its bright blue colour from sapphire and jade left behind by fairies' wands.

Considered to be a jewel of northern Iceland, 'Dimmuborgir' translates to dark fortress (you may recognise it from HBO's Game of Thrones). 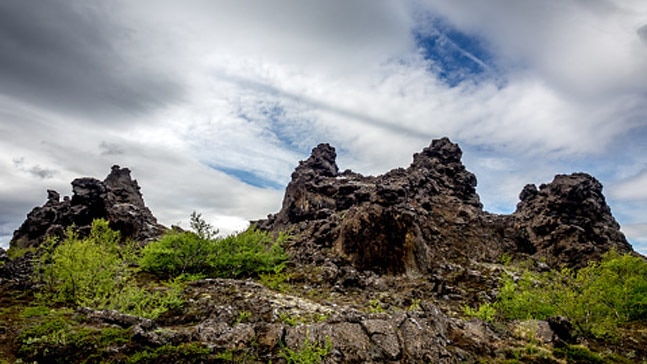 The rock formaton is stark area of lava fields near Lake Mývatn. The formation was created by an eruption several millennia ago. It's believed that the rock formation is the home of the Yule Lads – the 13 tricksy sons of the troll Grýla, who come out at Christmastime one by one for 13 days, and are Iceland's version of Santa Claus.

The formation, covered deeply in snow, first featured in Season 3 of Game of Thrones. Here is a clip from the first episode:

This Gothic castle was built back in the 13th century, and has been making people go crazy since then. The castle was built far from any water sources, has no obvious defensive use, and has never been inhabited. Locals in Blatche believe that the fortress was built over the Gateway to Hell with the intention to trap 'evil demons' that might escape and come to Earth.

Which of these places will you be visiting next (once it is safe to travel again, of course)?

#Game of Thrones, #Czech republic, #Philippines, #Iceland
The views and opinions expressed in this article are those of the authors and do not necessarily reflect the official policy or position of DailyO.in or the India Today Group. The writers are solely responsible for any claims arising out of the contents of this article.