DailyOh! What Nirmala Sitharaman’s tablet read, to why Twitter is withholding accounts

The government has increased spending on infrastructure, healthcare and defence.

People said there are two things to look out for in the Budget – allocation for healthcare and allocation for border care. Finance Minister Nirmala Sitharaman announced Rs 22,30,00,00,00,000 (Rs 2.23 lakh crore) for healthcare - an increase of 137% over last year. You can thank the FM or you can thank the pandemic. Or you can choose to thank no one but the taxpayer who makes these allocations possible. Whether you pay tax on income or tax on products you buy and services you avail, in one form or the other everyone is a taxpayer. But what happened to border care? 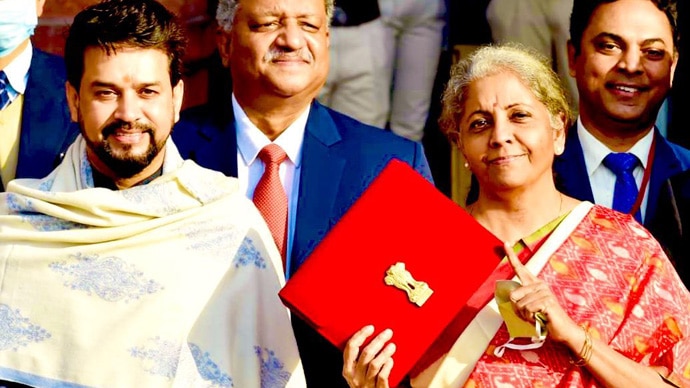 So, China knows the ‘secret’ that India has allocated Rs 4,78,196 crore to defence this year.

Forget China and let’s come to the secret of Budget. Independent India’s first Budget was presented in 1950 even if the first Indian Budget was presented on February 18, 1869, by James Wilson. Wilson presented the Budget after the East India Company introduced the idea of the Indian Budget in 1860. We will leave the Brits to England for now and come to what happened in 1950. So, in 1950, India presented its first Budget. It was printed in English at the Rashtrapati Bhavan. Allow us a little digression. The Budget was printed only in English till 1955-56, when it came to be printed in Hindi too.

In 1950, before the Budget was presented in Parliament, it got leaked. The government then decided to move the printing to Minto Road but this was also not considered very safe and secure, so in 1980, the printing moved to North Block of the Secretariat Building. North Block is almost turned into a fortress when the Budget it being prepared. People involved in the process stay at the Finance Ministry office for the time it takes to prepare the Budget, which is about a month or so. Nobody meets the team and the team meets nobody. Team members cannot access private emails and wait for it – can’t even have their personal mobile phones with them. Only one landline works. Worse, it is only for incoming calls.

Today’s Budget, which will hold for the year, was a paperless Budget in the sense that Sitharaman read it from a Made-In-India tablet, replacing last year’s bahi-khata, which she had replaced with the previous year’s briefcase. Change is good because same gets boring. Should we start calling Budget something else for a change?

Think about it. Budget, the Word Of The Day, comes from French word bougette, basically a small ‘leather bag’. The word originally meant a pouch or wallet, and later its contents. In the mid 18th century, Chancellor of the Exchequer, an equivalent of the Indian FM, was asked to ‘open the budget’ like in India we say present the budget.

We asked if Budget should be called something else is because there is no leather bag in which the document is carried now. Why we say it should not be changed is because Sitharaman still got the tablet in a small bag. The bag can be small or big and still remain a bag - size doesn’t matter. Also, budget has widened its meaning to “the money that is available to a person or an organisation and a plan of how it will be spent over a period of time”. If Budget speeches and documents seem like bouncers, turn your attention to Rich Dad Poor Dad by Robert T Kiyosaki to learn what a rich dad teaches his rich kid to stay rich which a poor dad doesn’t teach because, well, his dad didn’t teach him that.

The military of the country. That’s called a coup. So a one-year emergency has followed the coup. The coup was followed by months of bickering between the government and the military. Militaries can overthrow governments because they have military might. To ensure minimum unrest over the imposition of military might, internet connection in Myanmar has been snapped along with phone lines. So it is possible we in India know about what many in Myanmar need to know about.

The world knows that Nobel laureate Aung San Suu Kyi, Myanmar’s state counsellor, has been detained and giving her company are her party colleagues. Suu Kyi, who won the Nobel Peace Prize in 1991, lost credibility as a believer of peace over her response to the Rohingya crisis, which still doesn’t take away from the fact that she spent 15 years between 1989 and 2010 in detention. In November 2015, Suu Kyi led the National League for Democracy to a landslide victory in Myanmar's first openly contested election in 25 years. In November 2020, her party won the election again but the military said this election saw ‘election fraud’ and so the government stands dismissed.

From Myanmar let’s head back to India where in a very important development, which will have no bearing on anything important, Virat Kohli and Anushka Sharma have declared the name of their baby girl. Vamika. The child has been named Vamika. Naam shayad nahin suna hoga. So, we will give you what the name means. Vamika is another name for Goddess Durga. The name incidentally seems to draw from both Virat and Anushka’s names. You see, Vamika also means Ardhanarishvara, part Lord Shiva and part Goddess Parvati. We leave the rest for you to make out as we leave the child to the parents and parents to the child because the parents have demanded privacy and the child is too young to make any demands. 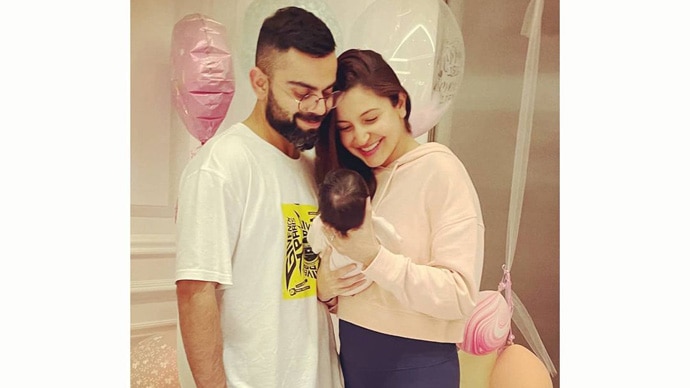 “In response to a legal demand” Twitter has withheld several accounts without saying who made the demand. Twitter rules say if Twitter receives a “valid request” from an authorised entity, “it may be necessary to withhold access to certain content in a particular country. Such withholdings will be limited to the specific jurisdiction that has issued the valid legal demand or where the content has been found to violate local laws”. Which authority authorised the withholding? Union Ministry of Electronics and IT. 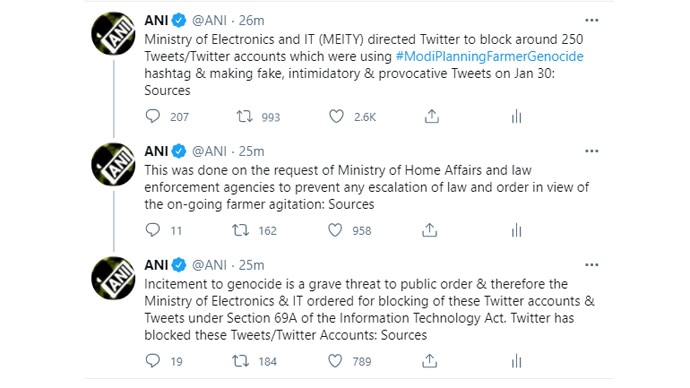 A Mumbai court, meanwhile, has summoned Kangana Ranaut to Mumbai on March 1 in a defamation case filed by lyricist Javed Akhtar. Do lyricists file lyrical suits? No, because legal suits are filed by their lawyers.

We will leave you with that for the day.

#Twitter, #Nirmala Sitharaman, #Budget 2021-2022, #Unionbudget2021
The views and opinions expressed in this article are those of the authors and do not necessarily reflect the official policy or position of DailyO.in or the India Today Group. The writers are solely responsible for any claims arising out of the contents of this article.