A 16-year-old American girl on board United Airlines flight complained of being molested by her co-passenger – an Indian doctor.

United Airlines is in the news once again. This time, however, it is not the airline that's at fault. Well, not entirely. A 16-year-old girl on board was sexually assaulted by her co-passenger – an Indian doctor.

On July 23, the teen who was asleep, sitting in a window seat on a New Jersey-bound United Airlines plane, woke up to find her co-passenger’s hand on her thigh. According to a federal complaint filed by the teen, the man sitting next to her quickly removed his hand and the teenager went back to sleep. She was then awakened by the man groping her.

The teen immediately told a flight attendant what happened and asked to be moved to another seat. As soon as she landed at Newark Liberty International Airport, the girl called her parents. In the meanwhile, the man, identified by the victim as Vijakumar Krishnappa, managed to leave the airport, the teen's family told The Washington Post.

The Federal Bureau of Investigation (FBI) took over the criminal investigation, as it has jurisdiction on incidents occurring during air travel. Investigators managed to identify Krishnappa via a flight manifest, and the teen picked him out through a photo lineup. According to court records, Krishnappa was arrested the following day. 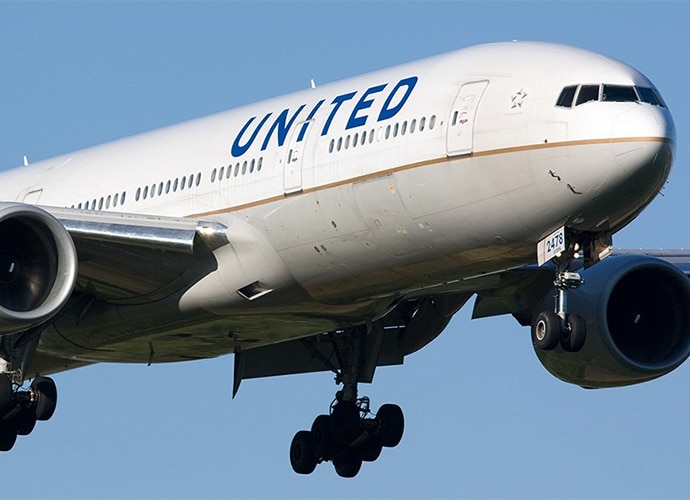 The text of the federal criminal complaint states:

"Vijakumar Krishnappa, in the special aircraft jurisdiction of the United States, while on board and during a flight which originated in Seattle, Washington, and landed at Newark Liberty International Airport, did knowingly engage in sexual contact, as defined in 18 U.S.C. 2246(3), with a minor female (the "Victim"), to wit, the intentional touching, through the clothing, of the Victim's inner thigh and groin, without the Victim's permission, with an intent to abuse, humiliate, harass, degrade, and arouse and gratify the sexual desire of another person."

WaPo reported that although Krishnappa – a 28-year-old doctor who is in the US on a medical fellowship that allows foreign doctors to come to the country and learn from experts – has been released on bond, he has been placed on electronic monitoring, and ordered to not have any contact with minors while the criminal case is pending. John Yauch, Krishnappa’s attorney, said that he “adamantly denies the charges and deserves to be considered an innocent man.”

But it’s not just Krishnappa who is under fire here. According to a report, the teen’s family has also filed a complaint against United Airlines for the way the incident was handled – they allowed the man to leave the airport after the flight landed.

When a flight is in air, the Federal Aviation Administration (FAA) has policies on how to deal with unruly passengers and other incidents that involve flight safety. When the flight lands, however, it is up to law enforcement officials at the airport to take over what happens to a person accused of a crime.

A spokesman for the federal agency said flight crews regularly notify law enforcement before landing about a wide variety of incidents that occur on the aircraft. In this case, however, it is unclear if that protocol was followed. A United Airlines spokeswoman said, "The safety and security of our customers is our top priority. We take these allegations seriously and continue to work closely with the proper authorities as part of their review."

This incident is the latest in a line of what can only be called United Airlines' ineptitude in functioning like a proper, well-managed airline. The airline company has been embroiled in several controversies and has always been on the wrong side of things.

In June, United Airlines gave a two-year-old's seat away to standby passenger, forcing the mother to carry her child in-flight for over three hours. In May, a 37-year-old US citizen of Indian origin claimed that United Airlines cancelled his flight reservation because he filmed his altercation with their employee. The airline company in April was accused of  forcing a couple off a flight while on their way to their own wedding.

But the most notorious United incident took place last month, where the crew dragged an elderly passenger off the plane, claiming that the flight was overbooked. Videos posted online by co-passengers showed a man of Asian origin, screaming as officers dragged him from his seat on United Flight 3411 before it departed from Chicago O’Hare International Airport to Louisville, Kentucky. In the video, it can be seen that the man was dragged down the aisle, on his back by his hands. His body appeared limp and his mouth was bleeding.

The viral videos of this incident severely dented United Airline’s reputation, as it garnered an extraordinary amount of criticism on social media, after which it was taken up by the international media. But it seems, United Airlines still hasn't learned any lesson from its umpteen number of high-profile mistakes.