We are not serious about environment. Ministers skipping environment meetings must admit that

Stubble burning, smog, blame game, talk of tough measures and then a hiatus of a year. We need to break this cycle.

It is the time of the year when air pollution becomes a topic of public discourse.

It is now almost an annual ritual — smog, stubble burning, blame game, talk of tough measures, civil society demanding declaration of health emergency and so on.

Courts pass strictures and some incremental, half-hearted measures are taken.

A few months later, we are back to normal and go into slumber till the next smog.

If we are serious about tackling air pollution, we need to break this cycle.

Business-as-usual will not do. 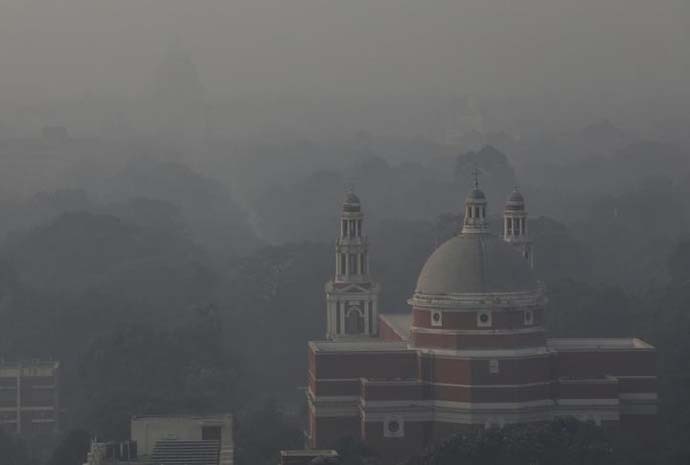 All these agencies and institutions are expected to cooperate and work in tandem. But, it is the opposite in practice.

It is said that only one state environment minister — from Delhi — attended the meeting while those from neighbouring states did not show up.

Whatever little action by states we are seeing, is purely because of the Supreme Court intervention.

Over the years, we have developed air quality standards which are fairly stringent, but we have no mechanism to enforce them fully.

Air quality monitoring networks are weak and enforcement is abysmal.

The environment ministry has developed a framework called National Clean Air Programme (NCAP), but it has done little to implement it.

This apart, the ambition set in this initiative is very low. NCAP’s goal is to “meet the prescribed annual average ambient air quality standards at all locations in the country in a stipulated timeframe”.

This is as vague and ambiguous as it can get.

The goal of NCAP should be to reduce illness and deaths caused due to air pollution.

Air quality should improve to a level where it is not harmful to health.

The piecemeal approach to policy and programmes to address poor air quality will not take us anywhere.

We need national and regional mechanisms — mandated by law— to protect citizens from ill effects of air pollution, including indoor air pollution.

Bad air is not just a problem of the National Capital Region. We need national and regional mechanisms — mandated by law— to protect citizens from ill effects of air pollution. (Photo: Reuters)

A study by Indian Institute of Technology Delhi a few years ago had shown that 50 per cent population living in 45 per cent districts of India is exposed at particulate matter exceeding the Indian air quality standards.

We need an empowered body, something like the California Air Resources Board, which is not just an enforcement agency, but is charged with protecting the public from the harmful effects of air pollution.

The end goal of all air quality control policies and programmes should be focused on respiratory tracts and lungs of and not just tailpipes of cars and chimneys of power plants or brick kilns.

#Smog, #Diwali, #Delhi pollution, #Environment
The views and opinions expressed in this article are those of the authors and do not necessarily reflect the official policy or position of DailyO.in or the India Today Group. The writers are solely responsible for any claims arising out of the contents of this article.