Google Pixel 6 is here but you can't buy it in India. Again

Just as the Pixel 4 and Pixel 5, Pixel 6 will also not be released in India. Here is why Google has skipped the Indian market again.

Customers are in for a treat as both Apple and Google have released new phones in the last quarter of 2021. The new iPhone 13 and Pixel 6 boast new camera systems, processing chips and designs. The iPhone 12 is priced at Rs 70,000, and Google Pixel 6 at Rs 45,000, but Indian consumers can only buy the new iPhone. The Pixel 6 and Pixel 6 Pro will not be releasing in India. Let’s break down why.

Google said in a statement, “Due to a variety of factors including global demand-supply issues, we are not able to make our products available in all markets. We remain committed to our current Pixel phones and look forward to bringing future Pixel devices to more countries in the future.”

Not just the Pixel 6, but the Pixel 4 and Pixel 5 were also not released in the Indian market. 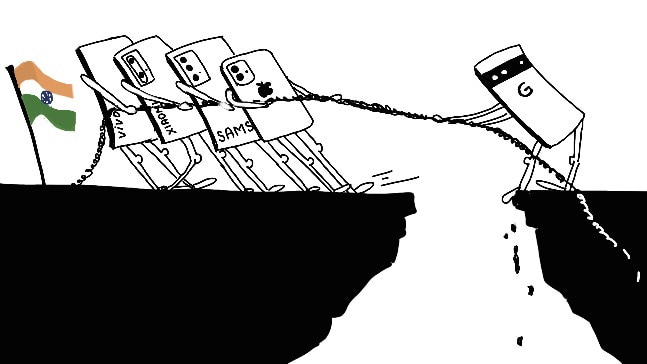 PRICE COMPETITION: The Indian market is majorly populated with China-based brands. Companies such as Vivo and Oppo are popularly known to price smartphones below Rs 20,000 and resort to multiple marketing campaigns. When compared to them, the Pixel line-up is more than double the average price in the market, making it difficult for Google to compete even though the quality offered by the company is far greater than the Chinese smartphones.

PREMIUM COMPETITION: With companies like Apple and Samsung driving the high-end market in India, Google faces multiple competitors in the premium-priced section. “I think one of the challenges for Google has been the low volume for premium segment in India; although it is growing fast, but still on a lower base. Apart from this, lack of local manufacturing and channel tie-ups makes it difficult to scale up”,Tarun Pathak, Associate Director at the software company Counterpoint, told Gadgets360. Apple is known for cutting-edge technology in its phone, therefore convincing consumers to pay at least triple the price of an average Chinese smartphones. By introducing new specs with every product they launch, Apple has been able to establish its position in the market, abroad as in India, as a premium brand. With this, they have been able to create an exclusive consumer base, who are known to pay any amount for Apple products. This has made it difficult for Google to establish itself as Apple’s competitor in India.

THE O: A company like Google that values quality and brand value finds it difficult to establish itself in the smartphone-saturated market in India. Due to this, Indian consumers are not going to be able to buy the new Pixel 6 but will have access to a very similarly featured iPhone 13, albeit, at a price tag Rs 25,000 higher.