Did Vijay Mallya meet Arun Jaitley? Secret events inside the power corridors that are not so classified

The dimly lit hallways for long have witnessed many covert and overt meetings and kept them a secret.

When the Oval Office tryst between a certain US President and a White House intern made saucy tabloid headlines back in 1998, there was an unsuspecting victim that was dragged into the alleys of controversy.

As the media squished and squeezed the young intern's life secrets —  the clandestine phone calls, the moans, the exchange of glances in the presence of the grand jury, the details of "that dress" and "that tie", worn closely to his heart — almost all accounts had one 'witness' whose name kept cropping up every time.

The corridors — of power, to be precise.

How did a 22-year-old Lewinsky reach those corridors of power? 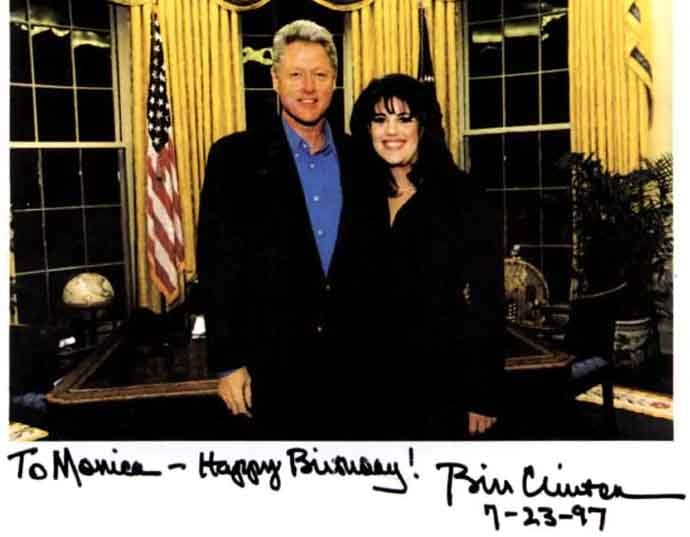 Those heady encounters: A photograph given by former US President Bill Clinton to Monica Lewinsky as a birthday gift in 1997. (Credit: YouTube)

For a young unpaid intern, Lewinsky was plucked from the anonymous hallways of the Old Executive Office Building and placed right in the lap of the power corridors of the Oval Office.

Two decades on, no politician has been able to match the insouciance of the Clinton-Lewinsky Oval Office political scandal.

No Berlusconi, no Gaddafi could titillate the tabloids and their readers enough.

In politics, if there is a career where reputation is sacrosanct, there is also a secret that the power corridors hold in their empty, unwinding heart — countless furtive affairs and deals, some ultimately confessed to, others brushed aside carelessly.

But the corridors have been a witness to everything — all those murky transactions, accosting and overtures. 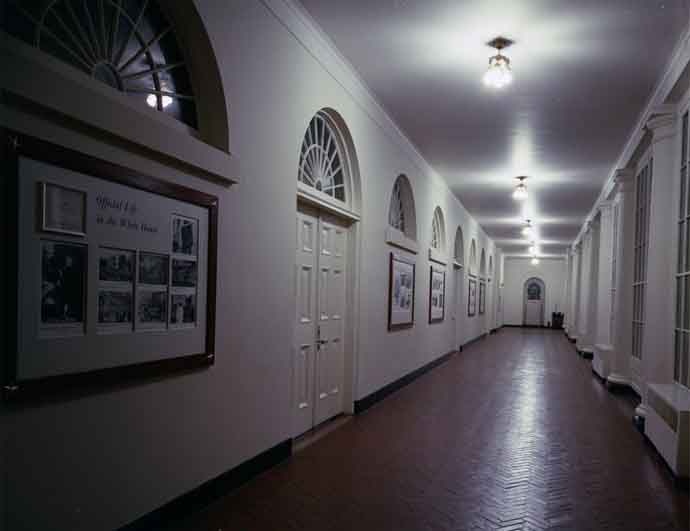 This is how the power corridors look. The East Wing Corridor, White House. (Credit: jfklibrary.org/representational)

Nothing is hidden from the corridors, just like nothing goes unheard by the walls. Between those blocks of concrete are trapped the debris of confessions and assurances.

However, not all boundaries of the corridors are crossed for romantic affairs and irresistible sexual encounters. Some rules are also broken for 'pure friendship', the loyalty of which is a knife hanging around the loyal friend's neck like the albatross, and sometimes, the same albatross flies out of the blue to land that friend in a controversy.

In India, we are usually careful not to stir up controversies, especially the political kind. We don't believe in admitting our guilt. We play safe. Always deny — flatly. Our media is so used to expressions like "rubbished the allegations" and "refuted the claims" that for almost all top leaders, there is a template of "rubbishing" quotes. Their spokespersons just need to sit for a press conference, the blanks get filled predictably without being spoken. Holding our breath: Who will tell the truth about 'factually false' allegations? (Credit: PTI photo)

In our country, we also "hit out a lot" against allegations. And yes, all charges are "false allegations" that are "factually false" since most charges are destined never to be proved, trapped in the dust of prosecution.

So, when a certain fugitive, known for his 'rich' exploits, "falsely accuses" a high maester, it's neither the conman, nor the political pontiff who is supposed to come out clean — it's the corridor that's the guilty party, holding in its heart CCTV evidence of who accosted whom and for how long.

While the hottest gossip in town at the moment keeps our newsfeeds busy, the phone notifications beeping and WhatsApp forwards circulating, there are some details which get leaked through the crevices of the unbreachable walls that surround our power corridors. Of course, nobody is surprised.

There is a different pleasure in watching a match when you are obviously not playing it. But there is more pleasure in refereeing a match. The greatest of all pleasures, however, is punditry — the moral pulpit (where yours truly finds herself sprawled on right now).

By the way, the sultry wind of Delhi has brought another piece of delicious detail — the unmentionable meeting-without-appointment lasted for 15 minutes. Well, may not be sufficient to bail you out of an unwanted controversy, but long enough to execute amorous experiences that so many power corridors have witnessed and withheld in their bosoms.

Post your comment
#Bank loan, #Parliament, #Arun Jaitley, #Vijay Mallya
The views and opinions expressed in this article are those of the authors and do not necessarily reflect the official policy or position of DailyO.in or the India Today Group. The writers are solely responsible for any claims arising out of the contents of this article.