Using plastic is a compulsion for many. Are we doing enough to change the situation?

It is only the privileged people who can choose to use the costly alternatives — metal or bamboo.

Did you know that at least eight million tonnes of plastic end up in the oceans each year? That is equivalent to dumping a garbage truck of plastic into the waters every minute.

Did you know that every year the world uses 500 billion plastic bags? As much as 50 per cent of the plastic that we use is single-use or disposable. At least eight million tonnes of plastic end up in the oceans each year.

In the run up to the 2018 World Environment Day, the United Nations released this and other equally alarming statistics. For instance, every year, the world uses 500 billion plastics bags. In the last whole decade, we produced more plastic than in the last whole century. We buy one million plastic bottles every minute.

The most alarming fact that I found is that plastic in all forms makes for 10 per cent of all the waste we generate. Toothbrush, the first thing in the morning; bucket and mug for bath; plastic (PET) bottles in the refrigerator to the ones used for juices or packed aerated drinks; disposable dishes, cups and spoons; various packaging materials. Even as we go to sleep at night, the bottle of mosquito repellent is made of plastic. 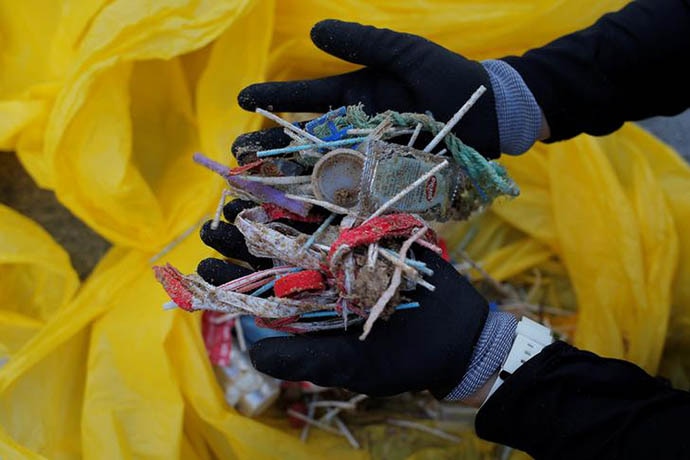 In fact, the list is endless as plastic has permeated our lives in every possible manner. And all this plastic degenerates into micro-plastic and is washed into the seas and oceans.

“Plastic pollution has become an epidemic. Every year, we throw away enough plastic to circle the Earth four times. Much of that waste doesn’t make it into a landfill, but instead ends up in our oceans, where it’s responsible for killing one million seabirds and 100,000 marine mammals every year. For the good of the planet, it’s time to rethink how we use plastic,” the appeal sent out by the United Nations Environment mentions as it harps on a simple principle of “if you can’t reuse it, refuse it”. 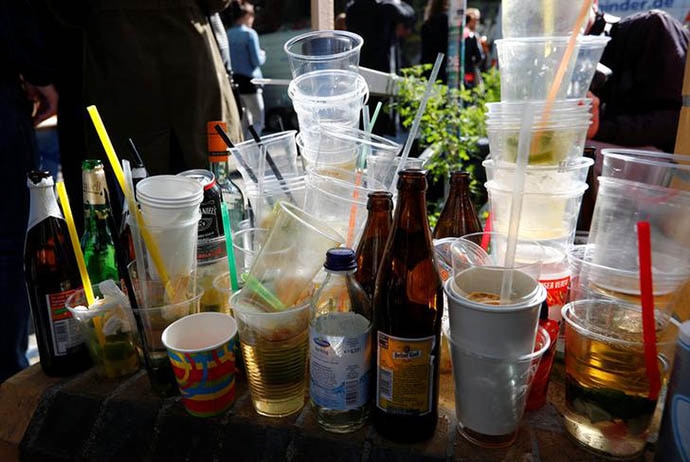 For majority of poor people in India, use of plastic is not a choice, but a compulsion.

India is the host to this year’s global World Environment Day celebrations. With a burgeoning population, it is India that needs to clean up its act. Waste management and scaling up alternatives is what needs to be done earnestly. Indeed, it is a question of what we think of plastic. While there is a five-day event (June 1 to 5) taking place at the Vigyan Bhavan in New Delhi, it is more important to reach out to the stakeholders in the remotest of the areas, especially the poor, and make them aware of the disadvantages of the use of plastic.

After all, population, poverty and plastic usage are all interconnected. It is the privileged people who can exercise the choice of what to use (plastic or metal or bamboo) as the alternatives today are costly, and hence, the onus lies more on them. For majority of the poor people in India and South East Asia, use of plastic, out of sheer cost factor, is not a choice but a compulsion.

“My research took me to an uninhabited island of the Indian Ocean. In about three hours of moving around on the beach, I collected 313 plastic bottles from 10 different countries,” said Heather Koldewey, who heads the Marine and Freshwater division of the Zoological Society of London, and is one of the visiting National Geographic Explorers at the WEDIndia2018 event.

As I caught up with her on the sidelines of the official discussions, Koldewey said, “It is absolute priority now to stop every bit of plastic going into the ocean.”

India is no exception. A top official from the ministry of environment, forests and climate change (MoEF&CC), AK Mehta said, India has a vast coastline of 7,500km and there are 1,382 big and small islands. Of these, four are bigger than even Singapore.

“There are ample signs of degradation of the coastal ecosystem. And plastic floating around is a cause of worry. Many of the beaches on these islands are awash with plastic pollution flowing back from the seas.”

But the best part is that efforts have already been started to address the problem. Preeti Soni from UNDP pointed out towards positive mitigative efforts like what is being done in Maharashtra’s Sidhudurg district with community participation.

At a scuba diving training institute there, each of the trainees is tasked to bring back the discarded fishing nets and other plastic items that they find trapped in deep sea bed. “This ultimately helps the locals. If the beaches are clean, their economy improves,” she said.

Approximately 6,40,000 tonnes of fishing gear, including damaged nets, are discarded into world’s oceans every year, the experts said. 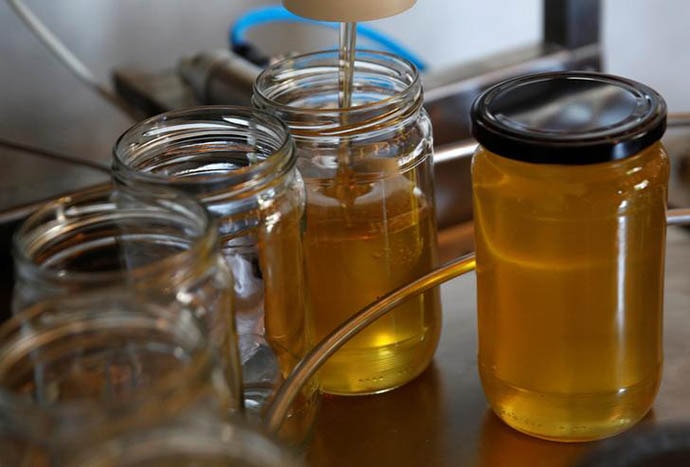 Planet at stake: We must make plastic alternatives cheaper

Cost and ease: You choose

It all boils down to behaviour change. Cost and ease makes, or can make, a whole lot of difference. When talking about alternatives, it is all about how to make the alternatives cheaper and easier to use.

So true it is. Paper, bamboo and terracotta are being increasingly used as alternatives. Use of metal was already a practice in many instances, for example, glasses or plates. But it was the cost and ease that prompted people to rapidly shift to plastic plates or cups.

If we start using things made of bamboo or terracotta again, think of what wonderful effect that can have on the local economy.

Across the world there have been examples of such turnarounds. 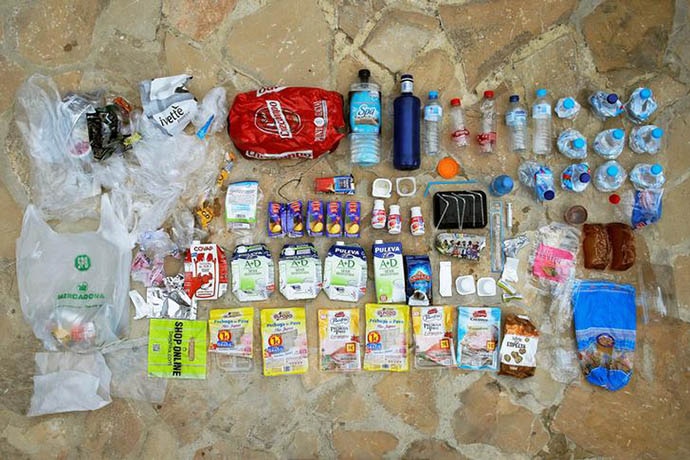 One week's worth of plastic waste, collected by a family in Spain (Credit: Reuters photo)

Koldewey has helped set up a community-based marine conservation work and develop a novel supply chain for discarded fishing nets that are recycled into carpet tiles. The fisherfolks are encouraged to bring back the discarded fish nets from the ocean and are paid a financial incentive for it, thus addressing the issues of marine debris and poverty alleviation in coastal communities in the Philippines.

“We have removed more than 160 tonnes discarded nets and, in turn, benefited 62,000 people,” Koldewey told me as she informed about the National Geographic’s “Planet or Plastic?”, a multiyear initiative aimed at raising awareness of this challenge and reducing the amount of single-use plastic that enters in the world’s oceans.

Indeed, the question is so imperative. Planet or plastic? The quantum of plastic that is generated each year and the way it is harming the Earth, it is high time we asked ourselves whether we want the ease of using plastic that will cost us our planet.

Or, we choose to reduce our plastic usage and at least try and give a chance of survival to our planet, and of course, to the humans.

#Plastic, #Pollution, #Plastic pollution, #World environment day
The views and opinions expressed in this article are those of the authors and do not necessarily reflect the official policy or position of DailyO.in or the India Today Group. The writers are solely responsible for any claims arising out of the contents of this article.