Mr Perfectionist has done it again, and with much aplomb. It’s the portrayal of a lifetime. Coming as it does, when Aamir Khan too is well past the glory of youth. Future generations would judge sports biopics by the parameters set by Aamir’s performance in Dangal, such is the authenticity and sincerity.

Here is a long-spent aspiring wrestler who is well past his prime: he is stout and sports a protruding belly, with the salt-and-pepper scraggly stubble beard completing the physical transformation. Aamir’s resigned-yet-ferocious look and tired-yet-measured walk complete the transition of a star to an actor. Aamir doesn’t care if he doesn’t look handsome enough — he has thrown such concerns to the wind long back. This is a movie that is even more etched out in terms of Aamir’s performance than Lagaan. 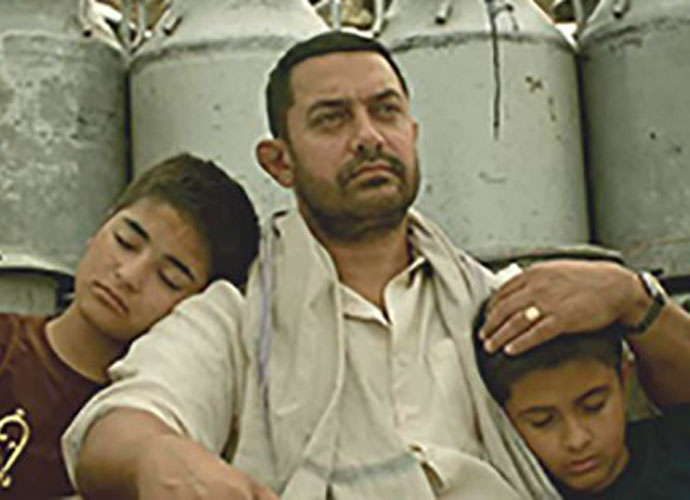 Aamir's transformation in Dangal is not merely physical, it touches the psychological and mental level.

But the transformation is not merely physical, it touches the psychological and mental level. He lets you have a peep into the character’s mental state. The moment you see him, you connect. He looks and feels every inch the character, playing it to perfection. The actor’s frowns, rage and the ennui of lost dreams surely makes him look like one of us. The wrestler’s disappointments and helplessness of an unaccomplished youth touch you when he cries and wobbles his head. The rough and tough old-school disciplinarian is also a tender husband and a loving father of four girls. The father’s relationship with the girls and his training them sees Aamir Khan’s sincerity of purpose shine through. But he is not only a father, he is the man behind your dreams, one who wants to see you succeed against all odds. And in the end, you fight not for yourself but for him.

With Dangal, method acting finally comes of age under Bollywood lights. This is pure immersive acting or the Stanislaviskian school as it is generally known in the West. This quality of method acting and complete immersive characterisation has seen remarkably realistic performances delivered in the past by the likes of Daniel Day Lewis and Tom Hanks. The movie takes you to the point where you can’t distinguish between the character and the actor: Mahavir Singh Phogat is not Aamir Khan at all. The body language and the vernacular make the transformation as complete as it could get. You can see the star try on the the garb of the character, jostle with it, get into the skin of it, and eventually take it to the level where he toys with it.

The film which takes inspiration from several real-life incidents makes it even more believable. Although the film might feel like sagging at certain points and you may have a feeling that it could have been tighter, but the burly shoulders of Aamir carry it through and deliver a knockout of a film. Phogat is the character of a lifetime and rarely has a characterisation by a mainstream Bollywood star been as realistic as it comes through.

#Aamir Khan, #Film Review, #Dangal
The views and opinions expressed in this article are those of the authors and do not necessarily reflect the official policy or position of DailyO.in or the India Today Group. The writers are solely responsible for any claims arising out of the contents of this article.