#IStandWithAbhijit: You don’t have to agree with his views to defend Abhijit Iyer Mitra’s right to free speech

Mitra was arrested for a satirical video about the Konark temple.

Abhijit Iyer Mitra, a defence analyst, recently went on a touristy trip to Odisha. Near the Konark temple, he recorded a video, saying, “Ye temple nahi ******”, implying that the temple had an extensive, exquisite architecture, with elements of sexuality and desire, in contrast to the “morality” some quarters try to impose on us today. It was plain, humorous satire. Little did Mitra know that he would soon be arrested and have a privilege motion passed against him in the Odisha assembly — for the simple act of pushing the citizens of this country to look at their ancestral Pre-Abrahmanic, Pre-British liberty of thought, which in turn translated into bold extensive architectural murals.

Abhijit was simply asking people to see what India has lost. However, what followed was a saga of harassment and bullying, of crowds burning his effigies, and ruckus in the Odisha media, with many complaining that their cultural and religious sentiments were hurt. The beautiful Konark temple is an example of India's original freedom of thought and creativity. (Photo: The Lallantop)

“Religious cultural” people and their “sentiments” have held liberal satirists and dissenters hostage ever since this republic was born.

From hounding Salman Rushdie — so much so that he feared for his life — to targeting MF Husain, they have all been stories of extensive public trials by the media and the lynch mob mentality of people whose “sentiments” get hurt every second. 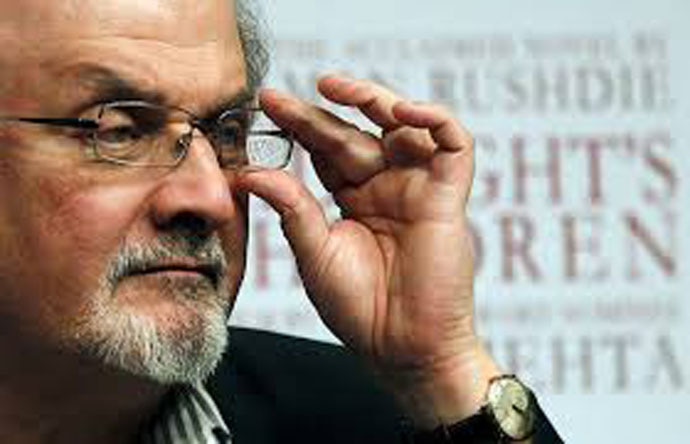 Salman Rushdie to MF Husain, many have faced the ire of people whose 'sentiments' get hurt every second. (Photos: Reuters)

They also have a weapon, conveniently left untouched by successive governments — Section 295A of the IPC, which deals with “deliberate and malicious acts, intended to outrage religious feelings of any class by insulting its religion or religious beliefs”.

This is the Section under which Abhijit was arrested. He has since been granted bail by a Delhi court, and asked to join investigations at the Konark police station by September 28.

The vague wording of the Section makes it easy enough to be used to persecute anyone not in the good books of the state. Since India is primarily a religious country, any criticism of culture or religion can easily find you behind bars.

However, there’s more to Abhijit’s case than meets the eye.

In a country not known for the most prompt police force, the Odisha police flew all the way to Delhi to detain a satirist. It is not the competence of the police being questioned here, but the arbitrariness of the selective justice that is at clear display in this case.

From Abhijit’s twitter updates, it seems that a day before the Konark episode, he had taken a joy ride in former MP Baijayant Jay Panda’s helicopter, flying around Chilika lake. Panda was suspended from the BJD in May this year.

It is Abhijit’s association with Panda that seems to have irked the governing BJD.

Panda’s chopper was seized, and an FIR lodged against him for flying over a ‘no fly’ zone. The FIR was criticised extensively on social media by both Abhijit and Panda, for apparent “inconsistencies” — such as first calling it an ‘airplane’, and then constantly changing the timing of landing and other flight details.

The powers that apparently could not get its hands on Panda seemingly decided to manufacture a fake hullabaloo over Abhijit.

Friendly media, a majority in the Odisha assembly, and a Left ecosystem indifferent to the torment of politically right-inclined individuals, all strengthened this case of political persecution.

There was an uproar over Abhijit’s comments in the Odisha assembly. It is Abhijit’s association with former MP Baijayant Jay Panda that seems to have irked the BJD. (Photo: Twitter)

The deliberations in the assembly could give watchers an idea that they were citizens not of the largest democracy of the world that guarantees freedom of speech as a fundamental right, but of a theocracy, where majoritarian sentiments trample over individual liberty of expression. An authoritarian state, which is not at all bound by the rule of law, as our constitution envisages.

Abhijit’s arrest should have set alarm bells ringing for political analysts and all freedom-loving, democratically aware citizens of this country.

The difference between a parliamentary democracy, where the government is elected by the majority vote, and ‘majoritarianism’, are the independent institutions of the state, and the non-arbitrariness of law enforcement. It is also the absolute precedence of individual freedom.

The arrest has once again demonstrated the shrinking of the political democratic space for dissenters.

This is not the question of the Left or Right anymore. The political party that seems to be hell-bent on persecuting Abhijit is a centre-Left party.

The Left, which championed the cause of free speech around the world, has fallen to creating, nourishing, and pandering to, vote bank politics, and the process often pushes it into a conservative direction. As Harbir Singh, a political analyst, rightly points, liberalism now has to be rescued from the Left.

The fight now is between those who want to give their opponents freedom of expression, and allow for a free and fair debate of ideas, who want to strengthen democratic institutions, challenge the unconstitutional IPC laws which give extensive powers to the state, demand depoliticisation of the police and push for rule of law to be implemented intensively, and those who do not want the same.

Freedom of Speech means nothing unless it gives the people who we disagree with the freedom to offend, shock, and say what is likely to hurt our “sentiments”. #IStandWithAbhijit

Also read: Reclaiming soft Hindutva: Why both Congress and RSS have the same strategy