Its hallmark is that it unleashes the private into the public.

It is characteristic of our times that our heart is pulled towards what our head disapproves. There is hardly anyone who does not feel uneasy about the sound and fury of "news-hour" sessions that tell the nation, in a fine frenzy, what it ought to know, night after night.

It is already a decade-long addiction. Many who denounce it do not dodge it. Apart from banal expressions of exasperation, one has not heard or read any attempt to decode the logic of this curious ambivalence.

Even the media stalwarts I know are privately uneasy about the way journalism is being morphed into something that, presumably, appeals to popular taste.

But "taste" is an artificial construct: something that we invite upon ourselves. This is clear at the individual level. A person tries liquor. Takes a while to get used to it; a while longer to like it; longer still to get hooked on it. By now, the liquor outlets are seen as "catering to a taste", meeting a need, by selling liquor. This goes for all tastes. We get enslaved by the tastes we embrace.

Tastes are of two kinds: (a) Pure, or monolithic, taste. A taste of this kind pulls only in one direction. It does not have a sting in the tail. You have, for example, a taste for classics, as against pulp fiction. After reading a classic, you will not feel regretful that you did so (b) Alloyed, or mixed-up, taste. After spending hours in front of TV boisterously enjoying a test match, you feel empty and regretful. You wish you hadn't. Taste of this kind hold two contrary pulls. You despise what you enjoy compulsively, post facto.

This needs to be understood aright, if we are to get to the bottom of the strange phenomenon we address. What is it that makes us forked in the responses it evokes? Why do we dislike what we prefer, and vice versa?

This happens where two contrary domains are brought arbitrarily into incongruous coexistence. Now consider The Newshour; for that illustrates best this curious novelty.

TV programmes happen, by definition, in the "public" domain. A TV talk-show is different from an intimate conversation in one's living room or a raucous brawl in a pub, or even an animated conversation in a coffee house. Media of all kinds exist in the public domain; and necessarily so. 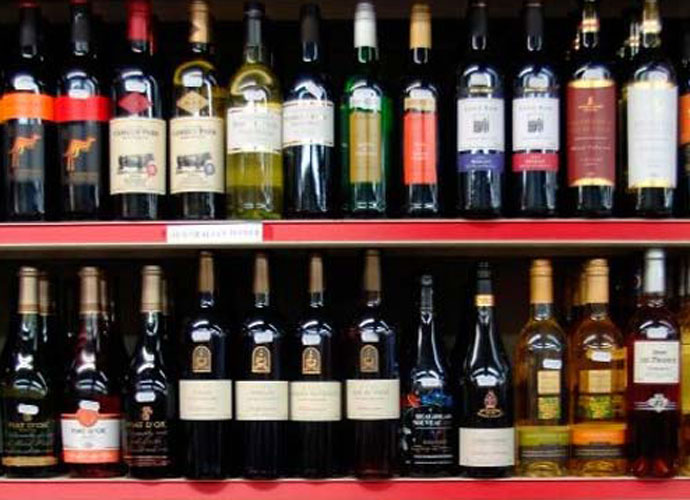 "Taste" is an artificial construct: something we invite upon ourselves. (Photo credit: India Today)

The public sphere, unlike the intimate or private space, is bound by well-defined conventions and etiquettes. You may choose to be semi-clad at home, but not when you make a public appearance (unless you are a Gandhi). You may laugh at will, lisp or leer in your bedroom, but not when you attend an interview.

Some of the well-established conventions regarding communication in the public domain are: (a) listen to the other person and respect his/her right to be heard, do not out-shout anyone (b) do not get personal (c) do not use intemperate words (d) do not be repetitive and go on shouting the same sentence or phrase 20 times continuously; if you do, you will be condemned as boorish and ill-mannered, and shunned like bubonic plague (e) do not be presumptuous and arrogant about one's superiority to others. If you are indeed superior, others will sense it on their own, without your help (f) maintain restraint, for there is a difference between the public sphere and a jungle. In the former, you communicate; in the latter, you may roar or grunt or trumpet as the humour strikes you.

The hallmark of The Newshour, the new sociologically fascinating phenomenon (that sociologists have had no time to study), is that it unleashes the private into the public. It allows individuals to conduct themselves in the public domain as if they are in the sheltered privacy of a saloon. It is a public-private hybrid. Its appeal will, hence, be necessarily ambivalent.

Why does this attract us? That's simple. Most of us feel "cabined, cribbed, confined" (as Shakespeare's Macbeth did) in the public domain. What the dramatis personae of news-hour do is something that none of us is free to do in public. So, they are the heroes and villains, by turns, in a coterie theatre, with the anchor serving as the oracle, script-writer, director, judge, jury and hangman. That's heady stuff.

But it's not journalism! Rajdeep Sardesai, who seems to be aware somewhat of this incongruity, calls it supari journalism. I would not go that far. I would suggest a humbler nomenclature: jack-pot journalism. Or, if you'll be patient with me, pseudo-morph journalism.

Morph, means "form" or appearance. "Pseudo" denotes pretending to be what one is not. So, media exercises are pseudo-morphed when they pretend to be journalistic, but are not. To borrow the words of a Sherlock Holmes character: "It looks like an aspirin, tastes like an aspirin; but it isn't an aspirin."

So, The Newshour is anything but "news". Nor does it finish in an "hour"! So, don't blame the anchor. He has given you enough hints. "Newsworthiness" does not rake in TRP-driven, mega advertisement revenue. What counts is the addictive power of a programme; and in addiction, the supplier and the consumer are complicit.

The Newshour may be dubious as a media exercise, but is superlative as the opium of the viewers. The anchor has his finger on the pulse of the audience and, additionally, an uncanny knack for keeping the idling human engine hyper-revved for ridiculously long spells.

Also read: Why I told Arnab Goswami to shut up and left his show

#Indian media, #The Newshour, #Arnab Goswami
The views and opinions expressed in this article are those of the authors and do not necessarily reflect the official policy or position of DailyO.in or the India Today Group. The writers are solely responsible for any claims arising out of the contents of this article.