I am a Hindu and I can't get enough of Christmas cheer. Be merry, let others be

I was drawn to the idea of a celebration where food was beautiful.

I am a Hindu who diligently celebrates Christmas. Always have and always will. I wasn’t married much, but long enough to be given the task of cooking the Christmas banquet, with all north Indian dishes! So I sat in the veranda with a brisk wind from the Kanchenjunga and fried Dahi Vadas, Kachori and Chole Bhature, which my rice-eating northeastern in-laws and the entire neighbourhood found irresistible.

Later, I would go off to the school I taught in to sing in the choir as carols echoed across the arches, and have a formal tea with other teachers. The one thing that my home taught me early on was that belief was not to be held hostage to pedantic rituals. Photo: Reuters

My commitment to the Lord started much earlier, in the warm presence of a Scottish nun in my faraway school in the foothills of the Himalayas. She taught me to enjoy the silent library and handed me a book about Christmas. It had pop-ups! And the most beautiful illustrations that any children’s book could have. Scenes from Nativity, the Magi and their gifts all the way down to the repast of British Xmas fare which had me goggle-eyed. I had no idea what Turkey was except that there was a country by that name. Pigs in blankets did not mean sausages and bacon. The description of plum pudding made my mouth water. I was drawn to the idea of a celebration where the food was beautiful.

Then, of course, there was the concept of sin and forgiveness. Since I routinely played truant and had a knack for pestering my mother with my tall tales, the idea of going down on my knees at bedtime, asking for forgiveness and then starting afresh with a clean conscience was, well an amazing deal.

So there I used to be, every evening, murmuring away, “Our Father, thou art in heaven, let my mother not find out that I have tucked the failed maths test sheet behind the almirah...” Amen.

In my teenage years, I saw my Christian classmates trudge off to Chapel for Communion and Confession. That wine was a part of the prayer was a novel idea, and so modern, given that alcohol was given a wide berth in anything we did at home. 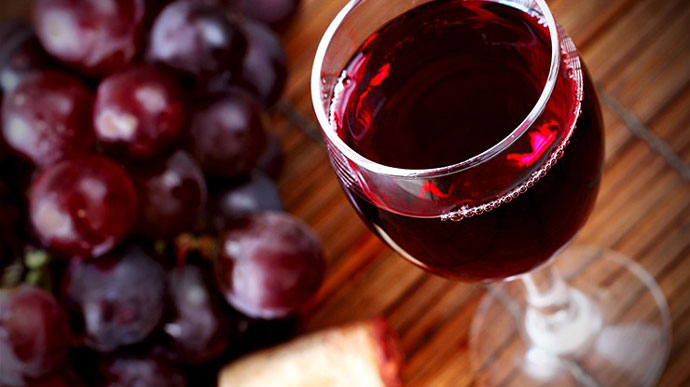 That wine was a part of the prayer was a novel idea, and so modern, given that alcohol was given a wide berth in anything we did at home.

It was only years and many books later that I understood the theological significance and, by then, Christmas was deeply ingrained in my psyche. It also marked the beginning of the winter holidays and there was a great competition to figure out which teacher would play Santa.

I dutifully hung my lone sock over my bed and would find it stuffed with candy and oranges the next morning. I promise to do my penance over gluttony and indulgence. Photo: Cooking And Me

My pragmatic mum, who once couldn’t be bothered to go shopping, stuffed it with a 50-rupee note but that was even better! To be rid of the endless chase for toys, she told me that Santa had given me the money — because I was all grown up and I could buy my own toys.

And here I thought I had been a consistently naughty kid! My interest in presents and cooking may have lured me towards Christmas but that is not where it ended.

At Church we sat in sophisticated rows and the carols with the old organ, which dated to the British times, made it all very solemn and holy.

We all made up the congregation, neighbours of all denomination. In a world with few avenues for entertainment, festive dinners — Christmas, Eid, Diwali, Durga Puja, et al — made up the social calendar. The one thing that my home taught me early on was that belief was not to be held hostage to pedantic rituals.

There were a large number of Bengali Christians and we would get mustard fish and cutlets, food that was so hard to come by in the hills. With other northeastern friends, there was roasted meat and lots of steaming momos and boiled bone soup to be shared.

We never probed the provenance of the meat. Chicken was such an expensive rarity. The one thing that my home taught me early on was that belief was not to be held hostage to pedantic rituals.

Whichever way we worshipped or whatever we ate, He was always listening to our prayers. For years I waited for the mythical wine to appear at the table, but all we got was orange squash!

I have missed the midnight mass and the blessing, the fog as we all wove our way towards the spire and the bells that tolled. So, soon after Diwali, celebrating Christmas was like having my cake and eating it too.

This Lent or maybe during the Navratras, I promise to do my penance over gluttony and indulgence.

Till then, let’s just be merry!

Also read: May the 4S be with you

#Christians, #Christmas
The views and opinions expressed in this article are those of the authors and do not necessarily reflect the official policy or position of DailyO.in or the India Today Group. The writers are solely responsible for any claims arising out of the contents of this article.