India’s Daughter should be seen by all as it holds a mirror to a society that is far from being sensitive to gender issues.

There’s no bigger trauma for a parent than to lose a child. And when that child dies in gruesome circumstances, the trauma increases manifold. And when the perpetrators cock a snook at law to scuttle or delay their punishment, by exploiting loopholes in the legal system, the trauma is worse than death.

Closure did I say? Probably not. There is still the matter of the juvenile.

The ghastly incident of December 16, 2012, had many repercussions.

It shook India to the core and awakened the spirit of resistance and anger of civil society. Protests and riots broke out in the streets. The country was galvanised. It became a tipping point in the struggle for gender justice. The people’s campaign forced changes in law as well as widespread acknowledgement of the scale of the problem. India now has stronger laws and there is a first glimmer of greater sensitivity among investigators, prosecutors and judges.

But the real transformation can only come when the society at large changes its attitude and approach because while the laws may have changed, the mindset hasn’t. 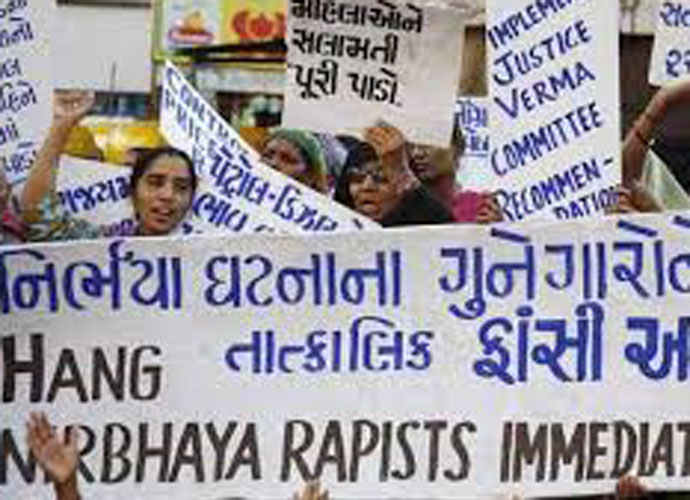 A documentary titled ‘India’s Daughter’ made by British filmmaker Leslee Udwin sought to highlight that and more. It contained an interview of Mukesh Singh, one of the rapists, defense lawyers, some members of the JS Verma Committee, which was set up to modify India’s rape laws, families of the rapists, and some others connected to the tragedy. The documentary was to be aired on March 8, 2015 – International Women’s Day.

But can a convict be interviewed when he is in jail?

Way back in 1981, the Supreme Court, in the case of Prabha Dutt vs Union of India and Ors, directed the superintendent of Tihar Jail to allow some newspapers and magazines to interview Billa and Ranga who were on death row. Relying on the Manual for the Superintendence and Management of Jails, which provided that every prisoner under a sentence of death shall be allowed interviews and communications with his relatives, friends and legal advisers, and though journalists were not expressly referred, the court saw no reason why journalists should not be termed as friends of the society.

A few days before the documentary was to be broadcast, some excerpts started appearing on an Indian TV channel. The excerpts contained Mukesh Singh’s interview, in which he said that women had only themselves to blame if they attracted molesters. That they were more responsible for rape than men and that the victim shouldn’t have fought back.

On March 3, 2015, the Information and Broadcasting Ministry issued an advisory to all TV channels to not broadcast the documentary. Its reasoning: it carried the interview of a convict who was showing no remorse whatsoever for the heinous crime; it contained his chauvinistic and derogatory views regarding women in general and the victim in particular; the interview provided a platform for him to further his own case. The advisory went on to apprehend that the telecast would encourage and incite violence against women, compromising their public safety. It would also provide encouragement to anti-social elements to indulge in violent acts compromising law and order.

Earlier in the day, the Delhi Police registered an FIR which stated that Mukesh Singh had made malicious, derogatory, offensive and insulting remarks against women, causing them harassment and disrepute. That the remarks were highly offensive and had created a situation of tension and fear among women. The metropolitan magistrate, at the insistence of the police, banned the broadcast stating that the documentary may cause huge public outcry and create a law-and-order problem.

The Home Ministry asked the BBC to refrain from telecasting the documentary. BBC ignored the notice and aired the film. It advanced the broadcast by a day. Britain and other countries saw it.

The documentary was not shown in India. But the ban didn’t help matters for the government. It spurred more people to watch it. The link was available on YouTube and went viral before it was taken down on the request of the government. But social media is a beast that cannot be tamed, and links proliferated all over the internet.

The issue assumed international dimensions when UN Secretary General Ban Ki-moon criticised the comments of the convict as ‘unspeakable’. His spokesperson said the Secretary-General spoke very clearly on the need to halt violence against women and on the need for men to get involved in halting violence and decrying it loud and clear every time it occurred.

This didn’t help the government’s efforts at containment.

But it wasn’t only the government up in arms. There was strident opposition from others too. The objections ranged from the documentary catering to voyeurism; presenting India in a bad light; prejudicing the legal case of the convict; glorifying the convict; insulting women; being anti-women; creating sensationalism; and that it was presumptuous of a foreigner, that too a white woman, to speak about our issues; India being singled out when rapes were not endemic to India alone; adversely impacting tourism, and so on.

But, as is normal in such matters, there were formidable arguments against the ban too.

It was argued that it was not the film that was defaming India but the rape and attitude towards women. The film should be seen as holding a mirror to a society that was far from sensitive to gender issues.

The documentary was bold in highlighting the uncomfortable truths about an anti-women society. Instead of acknowledging the seriousness of the situation and endeavouring to tackle crimes against women, the ban would only succeed in diverting attention from the gruesome tragedy. Any society that called itself civilised must not ignore the truth. India needed to confront its own horrific reality.

There was no question whatsoever of the convict being glorified. Seeing his belligerent, unrepentant, callous explanation only led to rage, revulsion and loathing. Airing the view was not lending a deranged mind a platform but presenting what was real. Words of a criminal brought home the cruel reality of the thinking he represented. To be shocked was exactly what was required to transform the widely held view that treated violence as an unpleasant fact of life rather than as a pervasive evil that needed to be confronted and eliminated.

Blaming women for rape was what hundreds of millions of men were taught to believe. It was a point of view that cut across social classes. Far too many Indians saw women as a prey. What the documentary aired was a mindset not restricted to one man. Rape and rapists were not individual aberrations, specific to this or that person. Remedying horrific crimes required looking them in the face. Simply brushing them under the carpet would only allow them to fester and grow, provoking more crimes in the future.

Ultimately, the film was a tribute to the brave girl and a cry for change.

I believe sunlight is the best disinfectant and electric light the most efficient policeman.

But that’s my opinion. Watch the documentary on the net. It’s available. Then decide on which side of the divide you are.

Post your comment
#India's Daughter, #Nirbhaya, #December 16 gang rape, #Delhigangrape
The views and opinions expressed in this article are those of the authors and do not necessarily reflect the official policy or position of DailyO.in or the India Today Group. The writers are solely responsible for any claims arising out of the contents of this article.

The writer is a former revenue official.