What Donald Trump can learn from dogs in a park

The world is descending into fascism, the leader of a major European country is openly calling for ethnic cleansing, and my country is suddenly conflicted over the morality of toddler concentration camps.

So yeah, the world is screwed.

But you didn’t need me to tell you that. Instead, I want to offer some semblance of hope, a faint reminder that Planet Earth isn't entirely a lost cause. And for the month I just spent in San Francisco, I found that hope in Dolores Park.

I was staying in an apartment that abuts the park, one of San Francisco's beloved green spaces. It isn't the biggest park, but it's one of the most popular. On a sunny weekend day, the park might get up to 10,000 visitors. Like any good public park, there is a wide variety of people at any time in this heavily crowded space. 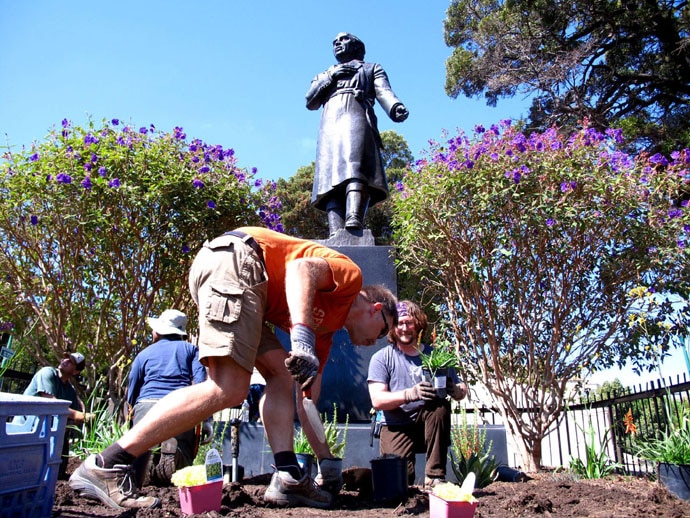 A planting drive next to the statue of Miguel Hidalgo y Costilla, at Dolores Park. Photo: MISSION Local/Gregory Thomas

Come by almost any afternoon and there are couples holding hands on a romantic stroll, high school children smoking and drinking more than they should, older people sitting alone, simply enjoying the breeze and the movement, children happily bouncing around the playground as their parents make them socialise and play with others. Particularly inspiring is the giant statue of Miguel Hidalgo y Costilla, the father of Mexican independence. It towers over the western edge of the park, a reminder that there is one version of the United States that celebrates ethnic diversity.

There is something timeless about a well-used public space. When I walk around on a crowded day, I often picture the famous Georges Seurat painting "A Sunday Afternoon on the Island of La Grande Jatte", and I find some sense of community in knowing that humans always have and always will find some comfort in lounging around on grass under the sun’s warm rays.

And yet, while I loved the sounds of laughter and the sight of happy park goers, my greatest joy didn’t come from humans.

The city is dog crazy. In fact, there are more dogs than children in San Francisco. Dolores is doggie central, and the park is full of canines at all times of day. Sometimes, it’s owners with their pets. And at other times, it’s dog walkers with giant packs of dogs running around and getting the exercise they can’t in a tiny apartment. In theory, the dogs belong to the humans, but I would argue it's not entirely clear who is in charge. It's the humans holding the leash, but at the same time, they're also the ones picking up the poop, and as a general rule, if you're picking up someone's crap in a plastic bag, it's hard to really claim you're the master. 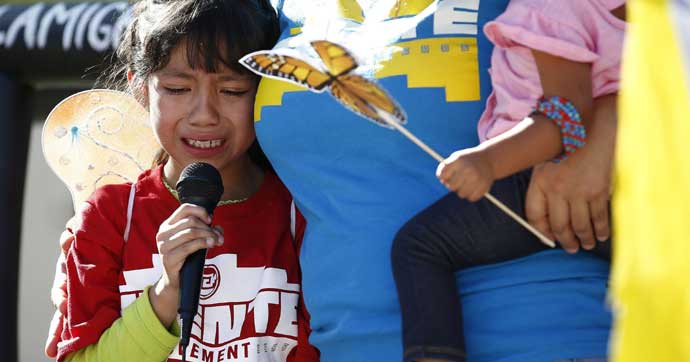 Dogs are only allowed off their leash in a part of the park, in practice, dogs are running all over. Sometimes, it's a lone dog, enjoying the freedom of the outdoors, sniffing all around, following a scent wherever it takes them. My apartment had an adorable dog who loved nothing more than rubbing his back on the grass, yelping with glee. But often, the dogs are playing with each other, and it's not rare to find a group of dogs running around with the antic joy of elementary school children.

Precisely because humanity seems particularly cruel these days, I find the image of dogs playing together so inspiring. Dogs don't discriminate. They don't care about another dog's colour and I've never seen a dog ask to see another dog's papers before deciding they were okay. No — all they do is sniff each other's behinds and run around. Humans are not that accepting. Sure, it's a bad sign when you find inspiration in animals ass-sniffing, but, well, 2018 is no joke and I'll take inspiration wherever I can find it.

I would sometimes just stop by on my walk and simply stare with amazement and hope. If the dogs are willing to approach anyone with a waggy tail and an open paw, perhaps we can do the same.

#Us-mexico border, #Immigration, #United States, #Donald Trump
The views and opinions expressed in this article are those of the authors and do not necessarily reflect the official policy or position of DailyO.in or the India Today Group. The writers are solely responsible for any claims arising out of the contents of this article.