Being married into a Bengali family made me realise how there was no hypocrisy, no hiding, no lies as nothing was forbidden.

"I am so tired and have to get up really early tomorrow." That was my best friend at school who came from a conservative family that observed the Navratri with full rigour. "But Navratri is fun," I replied.

"Not just fun, it's a lot of work too, and one is starving." She gave a deep sigh, and I truly felt for her. It's not that we did not want to do things "properly". We were young and there is a certain glamour to the rituals, and then basking in the approval of elders was always going to suck us in to doing things that we knew little about at that time.

We are humans, we are all fallible. Sometimes the falling is in the ritual, sometimes in the criticism of it. In any case, the burden of this has always fallen on to the women, and this time it was my friend who was being crushed under it.

"My grandmother always manages with fruits, we don't have elaborate rituals in our family," I added. That's the wonder of the Hindu traditions; there was always room for all adjustments. We had a choice - a whole range of choices in fact. 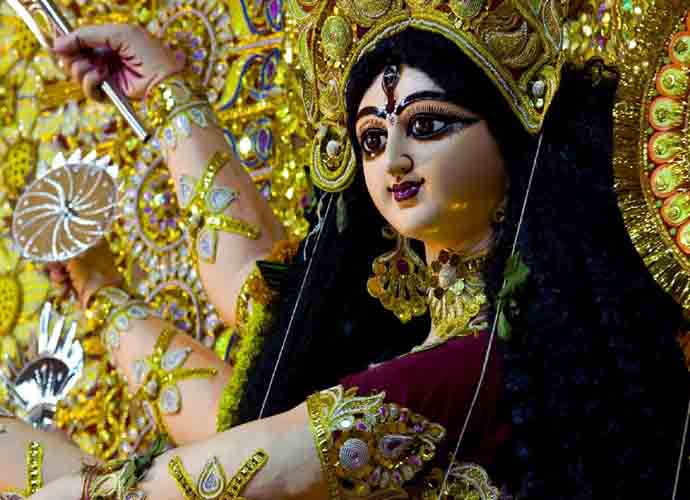 Going to many Puja pandals and Durga Baaris was an exercise into aesthetic appreciation.

There was never one single way of being observant, we could all do it in ways that worked for us. Not for them I realised. The elaborate meals made of "allowed" foods on fast days were more labour intensive than the regular ones. The men never contributed, were barely aware of the nitpicky rules that were handed down to the girls. A little red mark on their foreheads, a thread on their wrists, and festival food - it was their experience.

Soaking of food ingredients, the waking up before dawn to ensure everything was perfect, the messy trips to the markets for the "right" things, dealing with irritable hungry families were all for the women.

Sure, it was fun, but that was because the women made it so, often at their own cost.

It was so much easier being married into a Bengali family. I used to think that being a daughter-in-law meant being the slogger-in-chief, but nobody here wanted anyone to slog. Going to many Puja pandals and Durga Baaris was an exercise into aesthetic appreciation.

The pandals reflected current controversies and ancient cultures from all over. The lines for a moment with the goddess were long, but we each could "meet" her since we were not rushing around cooking and cleaning. We met our friends, our family in the presence of the goddess, and ate together, with her. The bhog was vegetarian (and delicious), but the pandaal food outside had everything and brought smiles to all faces.

Everyone was happy; everyone had a break from everyday life. It was a time to genuinely celebrate the coming of the goddess, be her family - not sweat it out thanklessly as was the norm in north Indian families. It was liberating to be a person, not a cog in a machine.

One realises this only on experiencing the freedom of choice. Some fasted, some feasted, some did both. No hypocrisy, no hiding, no lies, for nothing was forbidden. The mother accepted every one. The goddess brought the gift of self expression to all: be it the dhaak, the dhunuchi naach, the sarees, the songs, the alpana, the food. You be who you are.

Durga Puja is when the mother goddess, Shakti, is celebrated in all her forms - she who kills, she who protects, she who leads.

She is not afraid of meat or eggs, she is not bound to home and hearth, she is all encompassing. She was created when all the old ways did not work. She who was created to show us that strength came from the new, from going beyond all that we thought was perfect at one time. She comes to renew us in ways we did not know before. We celebrate her in many ways, in many forms. Let us not limit her to our ways. This is why her homecoming too is myriad.

As we worship, we become one with her strength and know that we can handle it all. Bring on the egg rolls! And who's making that Kuttu puri and halwa?

Post your comment
#Vegetarianism, #Bengali, #Navratri, #Durga Puja
The views and opinions expressed in this article are those of the authors and do not necessarily reflect the official policy or position of DailyO.in or the India Today Group. The writers are solely responsible for any claims arising out of the contents of this article.

Meeta Sengupta is a writer, speaker and advisor on education with a cross country perspective on policy, skills and pedagogies.