I am the mother of a dyslexic daughter. Here’s why I think PM Modi should apologise for making fun of dyslexia

What kind of example is PM Modi setting? That it is okay to crack a joke at the expense of a person with disabilities?

When I saw the recent interaction of Prime Minister Narendra Modi with a student through video conferencing where he ridiculed dyslexia, it made me both angry — and sad. As a parent of a dyslexic child, I know the struggles that my child goes through on a daily basis to cope with academics.

Also, as a parent, it is going to be my lifelong regret that it took me years to figure out that my child had both dyslexia and dyscalculia, another form of dyslexia. This is due to the very low level of awareness we have in India about various learning and intellectual disabilities.

It is not enough to give disability a fancy name, so that instead of calling someone ‘viklang’, we now call them 'divyang'. The term was coined by Modi himself and was hailed as a step towards bringing dignity to people with disabilities. But then, PM Modi makes dyslexia a laughing matter when he couldn’t stop himself from taking potshots at Congress president Rahul Gandhi and his mother Sonia Gandhi at the finals of the Smart India Hackathon at IIT Kharagpur on Saturday, March 2.

He even paused for students to get his joke, so that they too could join in and laugh. He had a grin on his face — I wondered if that was for people who were afflicted with dyslexia.

The incident happened when, during the video conference, a student from Uttarakhand was presenting her project that aims to help dyslexic students. Before she could fully explain her project though, PM Modi interjected with a question, “Will this idea also help a child of 40 or 50 years?” The girl seemed confused but then, PM Modi had a twisted smile and slowly, the room full of students got his inference and laughed. A few even clapped. 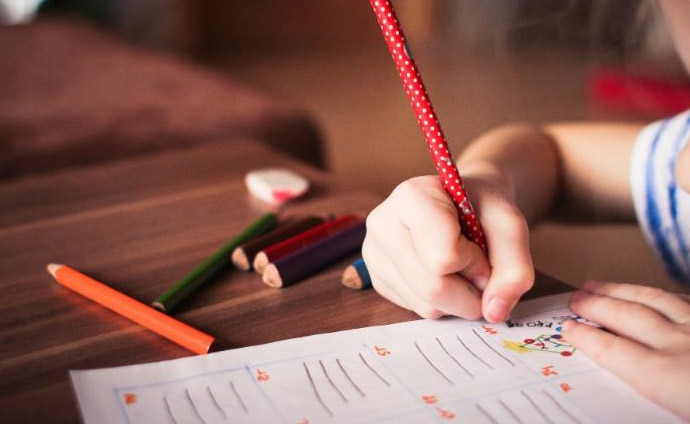 Dyslexia is a learning disability which is difficult to identify. (Source: India Today)

The girl continued, saying, “Yes, it will help.” But before she could go further with the details of her project, Modi again interjected with, “Then the mother of such a child will be really happy.” Again, he got laughs and claps from the students.

My point is that just for this instance, when such a serious topic was being discussed, and for the dignity of people with learning disabilities, couldn’t the Prime Minister desist from scoring brownie points against the Opposition?

In India, all political parties indulge in ridiculing each other at every given opportunity — but does it behove someone of the stature of the Prime Minister of our country to go for it when interacting with the youth of the  country? What kind of example is Modi setting? That it is okay to crack a joke at the expense of a person with disabilities?

In India, there is already a high level of ignorance about various learning disabilities. Dyslexia, in particular, is not so visible so it is understood to a much lesser extent. The breakthrough movie: A still from Taare Zameen Par

In India, our idea of humour is often to make fun of someone’s disability. We make fun of persons who are visually, mentally or physically challenged and it is also very prevalent in our films and television serials.

So, when it comes to our leaders, it is expected that they would show the right way and teach others how to treat people who are different with dignity and honour. But, when the leader of our country ridicules a disability, which is anyway not understood, it opens the gates for all others to follow suit and laugh at someone with dyslexia — just like the students who were sitting in the hall during the video conferencing.

They just took their cue from Prime Minister Modi.

Already, in India there is hardly any resource available for dyslexic students. They are forced to study from regular books and submit assignments and exams in written formats, which puts them at a huge disadvantage.

Though some efforts have been made to prepare some teaching resources at primary school level, in higher education, there is nothing available for a dyslexic student. Also, teachers are clueless about this disability and ways to help a dyslexic student.

We have no way of helping a dyslexic student who wants to pursue higher education — this, despite the fact, that a dyslexic person often has high intellectual abilities.

In my daughter’s case, counsellors just asked me to dissuade my daughter from pursuing academics after school. But since my daughter wanted to be a graduate, she decided that she was going to pursue graduation, knowing full well that she would have to work four to five times harder than other students — and still, she would be barely able to pass. When my daughter was in school, her journey was torturous — and I didn’t help as I kept putting pressure on her to study. My younger daughter put in hours of studies daily from the time she was in Class III and despite that, she barely passed and always left 30%-40% of the questions unanswered in her exams. She never passed in Hindi. I didn’t know why and so she got scolded often and regularly. Her teachers thought she was lazy or just dumb when she didn’t copy her class work from the blackboard, didn’t do her homework, when she didn’t write in her class. Students treated her badly since they thought she was dumb.

In fact, much of that hasn’t changed now either — though she is in a leading college in Delhi on a Person with Disabilities (PWD) quota seat. She is pursuing BA History Honours — but she is still facing the same discrimination.

Her lecturers think she is dumb, lazy and wasting her seat. Most of her classmates avoid her for the same reason but I know — and so does her college counsellor (thank God they have a college counsellor) — that she is putting in hours of studies and struggling to just keep up because reading doesn’t make sense to her. Words get all jumbled up in her head and though she does her readings several times, it’s very hard for her. She has no support from the college except that she gets a writer to write her exams, class tests and assignments, but she still has to use words to pass her exams. She is the only dyslexic student in her college and the awareness about this disability is really low even among lecturers and teachers.

Hers is a lonely struggle.

So much pressure and ridicule would have broken most others — but my daughter is made of sterner stuff. So she made the bold and courageous decision to pursue higher studies and go to college against ‘expert’ advice.

The least I am expecting from my Prime Minister is to understand and encourage her.

Definitely, joking about a disability is not on, ever.

Globally, the incidence of dyslexia is found in 5% to 20% of the population — in India, 15% children are believed to have dyslexia.

Since dyslexia is a difficulty in reading, writing and spelling, it affects academics in the traditional way that it is imparted in India. Dyscalculia is difficulty in arithmetic and mathematics. Dyslexia does not affect the intellect of a person — instead, it has been seen that many persons with dyslexia are very bright. It can be said that they have a different kind of mind. A dyslexic person’s brain does not learn in the same way that a majority of people do.

Also, dyslexia is not easily detected often due to the ignorance of teachers and parents. It is only when parents find a disconnect between the intellectual abilities of a child and his or her academic performance that they suspect something is not right.

Dyslexia runs in families and it can affect a person’s life right up to adulthood. It needs to be understood. Not scoffed at or mocked. I personally think Prime Minister Modi should apologise. After all, it is only people with strength of character who can do that.

Also read: From ‘andha’ to ‘langda,’ Bollywood movies normalised abuse against people with physical challenges. Will 'Zero' turn the tide?

#Dyscalculia, #Taare zameen par, #Narendra Modi, #Dyslexia
The views and opinions expressed in this article are those of the authors and do not necessarily reflect the official policy or position of DailyO.in or the India Today Group. The writers are solely responsible for any claims arising out of the contents of this article.