China clones gene-edited monkeys for sleep disorder research. We are losing sleep over that

After a Chinese scientist claimed to have created the world’s first genetically edited human babies (in what Beijing calls an "unauthorised experiment"), Chinese scientists have now cloned five monkeys from a gene-edited macaque, according to the official Xinhua news agency.

The scientists say that the monkeys will be induced with several human diseases.

The theory is that this will help in the research of circadian rhythm disorders that are linked to sleep problems, depression and Alzheimer's disease.

It is the first time multiple clones had been made from a gene-edited monkey for biomedical research. The clones were born at the Institute of Neuroscience at the China Academy of Sciences in Shanghai.

According to the Chinese journal National Science Review, the gene-edited monkey most prone to the disorder was selected as a donor, and its fibroblasts were used to make five cloned monkeys. The clones would pave the way for more research into such problems in humans — which have become a major mental health concern, the report added.

While the researchers claim the advance means that a population of customised gene-edited monkey models with a uniform genetic background will be available for biomedical research, it has raised fresh ethical concerns about gene-editing in the scientific community. 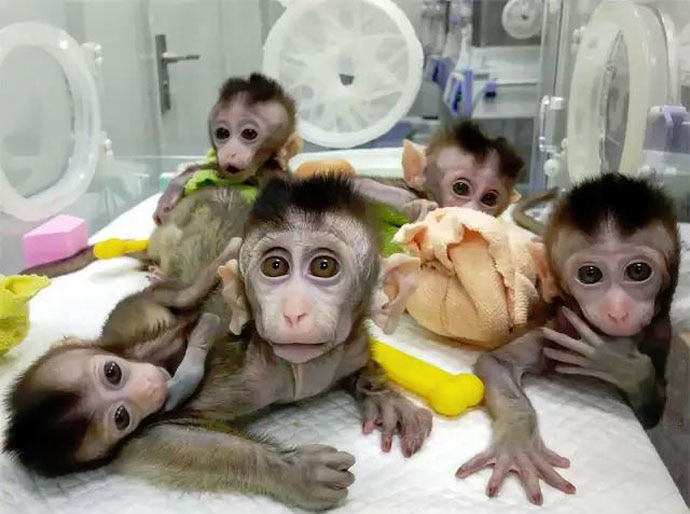 Earlier, mice and flies were used for the research of such neurodegenerative diseases. However, since the physiology of these animals differs greatly from human beings, monkeys are now being used.

Macaques (or monkeys) are primates (like human beings) and are the closest to mankind in terms of activity routines, brain structure and metabolic rate.

This is not the first time that Chinese researchers have tinkered with gene-editing primates. In 2018, Chinese scientists became the first to clone macaques and created long-tailed macaques — Zhong Zhong and Hua Hua — clones and identical twins that carried the DNA of the monkey fetus that originally provided the cells.

This time, they have tinkered with a specific gene in the original donor monkey — to produce unhealthy animals, ostensibly for medical research.

Researchers knocked out BMAL1 — a core circadian regulatory transcription factor — to create an “ideal” donor monkey using gene editing at the embryo stage. They selected one of the gene-edited monkeys with the most severe disease phenotypes as the donor. The fibroblasts of the donor were then used to clone five monkeys by somatic cell nuclear transfer, the same method used to generate Zhong Zhong and Hua Hua. 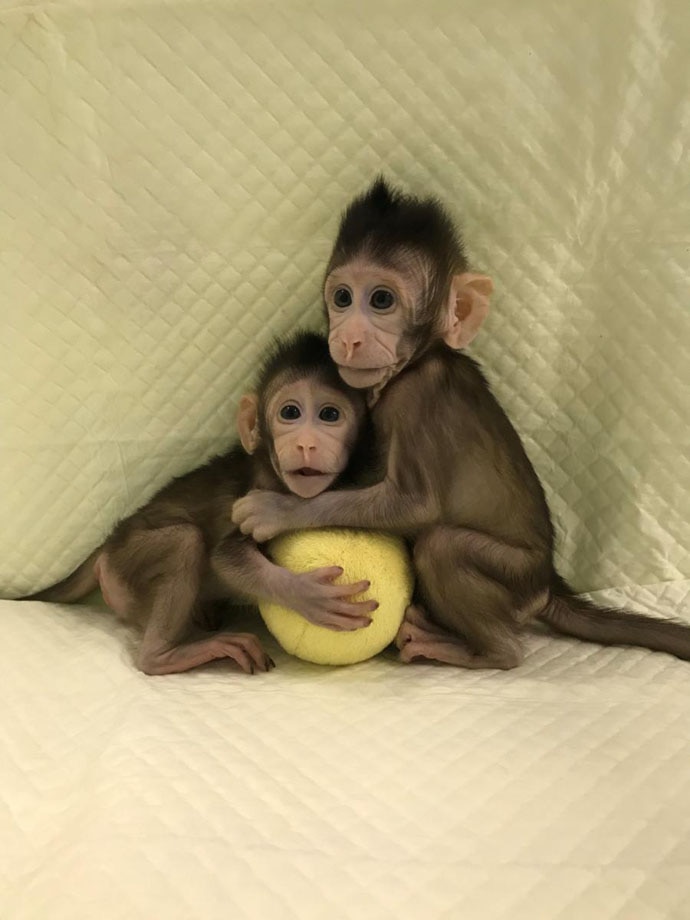 “Disorder of circadian rhythm could lead to many human diseases, including sleep disorders, diabetic mellitus, cancer, and neurodegenerative diseases, our BMAL1-knock out monkeys thus could be used to study the disease pathogenesis as well as therapeutic treatments” said Hung-Chun Chang, senior author and investigator of the Chinese Academy of Sciences Institute of Neuroscience in a statement.

The primary concern is that of deliberately creating a diseased or a challenged variant of a species for medical research — the latest experiment is nothing short of “monstrous”, say animal welfare activists.

PETA has consistently maintained that “animals are not ours to experiment on, eat, wear, use for entertainment, or abuse in any other way” as its motto.

When Zhong Zhong and Hua Hua were created, Jose Cibelli, a cloning expert at Michigan State University in the US had reportedly said that “The genie's out of the bottle now.”

As of date, China remains the only country that has cloned a primate.

Unless the experiments are checked and carefully controlled by the scientific community, it remains a matter of time when scientists who genetically edit human embryos are hailed — and no longer stalled — in China.

Also read: Wrong in every way: If his claim is true, a Chinese scientist says he could have created the world's first genetically edited babies