Why I chose pleasure over pressure this Holi

It's the kind of festival that brings a free-for-all anything-goes mad freedom.

Holi replenishes my soul. There are those who love to dress up, clean up their surroundings, decorate their houses and celebrate Diwali and then there is us who strip it all away, mess ourselves up, unleash the crazy to play Holi. Diwali means little to me but missing Holi is shattering. I love the free-for-all-anything-goes mad freedom and ecstasy the festival brings. This year, perhaps as a result of living faraway in a place that is regimented even in its rebellion, where the non-conformists dissent in uniform, I was suffering from unbearable FOMO about Holi.

There was only one thing I could do. I opened my computer and booked my ticket home. Now that I was not going to miss out, I wanted to be surrounded by replenishers and not eroders. If you don’t know the difference it’s time you learned.

Some friendships come with the promise of uncomplicated yet fully connected silence either because of history or because of chemistry. These are the ones to nourish. The irony is they don’t need nourishing. Living an expat life, you quickly forge easy camaraderie with a whole range of people. My circle of new friends is vast but they all serve a useful purpose or fit into a slot — yoga buddy, person to call at 3am for a medical emergency, playdate mom that you like hanging with, culture buff girlfriend, and doublers for date night, families to holiday with and so on.

There is no awkwardness in this obvious alliance of convenience because hopefully you fit into a reciprocal slot. It is a shallow relationship but it’s not phony and highly functional. You live with the limited happiness it brings you. For a while. Till you miss the replenishers. The ones that can make your heart and head burst. The ones you don’t have to try with. I miss the shared silence, the depth of that silence. 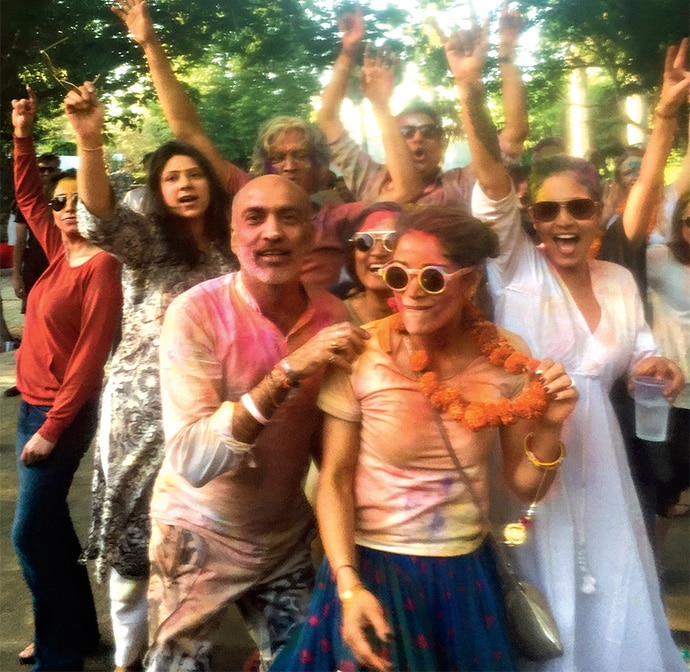 Some friendships come with the promise of uncomplicated yet fully connected silence. [Photo: Mail Today]

The need not to catch up even if you’re meeting after lifechanging events like babies or new countries or divorces. Instead you dive straight into a dance-athon or a raging argument about how non-Oscar worthy La la Land was or a detailed saga about an irrelevant person’s son (that you probably don’t even know) bonking a married woman (that you definitely don’t know). You will get to the catch-up and it will be mega. Or you may not this time round and it won’t matter. Your eroded soul will feel replenished.

These are the friendships that may not be your go to people for those daily crisis or even monumental meltdowns but your heart will be lighter knowing that they exist and that they would be there if you needed them to or asked. Anyway, at this half time point it’s not the big stuff I need to bond over, if by now I haven’t sorted my drama out then at least I’ve learned to live with it. It’s the joy I need soul partners for.

To be on the same vibe, to sublimely feel it, spread it and multiply it. All around me people my age have morphed into aunties and I don’t think I will ever know how to be one. They want to take it easy and I want to go crazy. I am aware that I have a perennial Peter Pan syndrome. See, to me growing up doesn’t mean growing old. I don’t want to slow down; I want to go running to the finish line. I don’t want to feel less, I want to feel more. I’ve always been a thrill seeker but with age I’ve become more discerning. 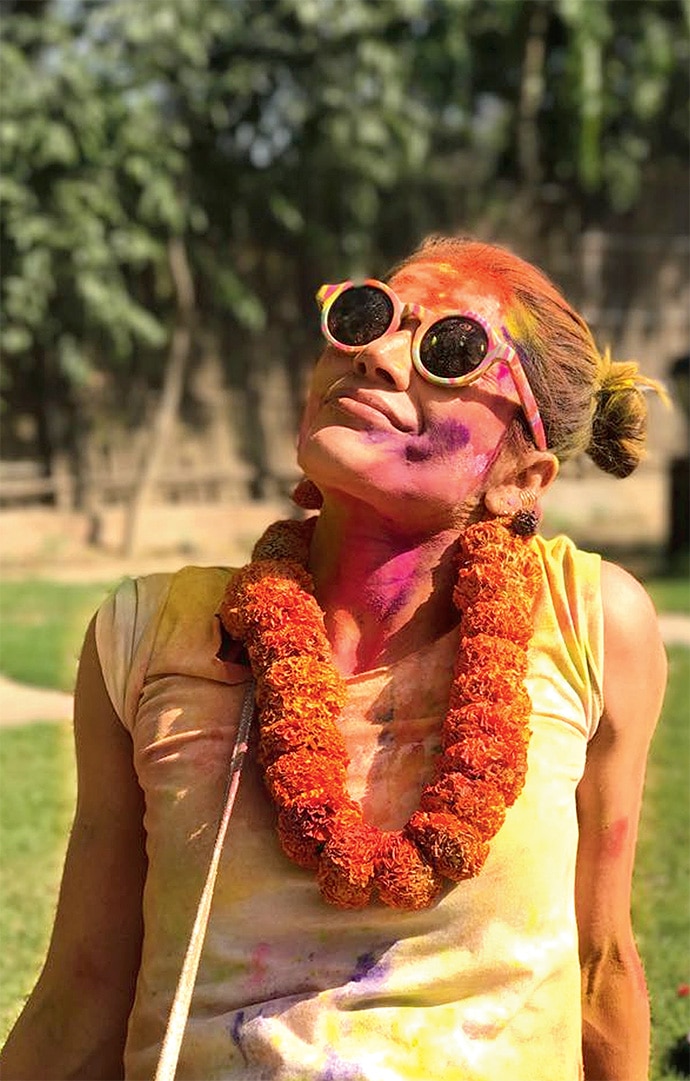 Holi is the kind of festival that brings a free-for-all anything- goes mad freedom. [Photo: Mail Today]

Timing is everything and I’ve learnt to wait for the moments that need to be maximised. If all the ingredients are not right, it doesn’t work. This Holi I was not going to leave anything to chance. All the elements were brought together and the perfect situation was created. A whiff of it made friends change concrete plans or fly for miles because when an opportunity is generated you’d be a fool to not jump at it. Turns out I was not the only one in need of replenishing. Chuddybuddies crawled out of the woodwork in hedonistic hope. Everyone checked in the ugly baggage they had been lugging (and we all have some) at the door before entering. This was not the place to deal with it. Killers of joy were shunned and made to leave.

For me the philosophy is a simple one — we make time throughout our lives to deal with problems and responsibilities, they stress us out, we deal with it, we get on as best as we can but we forget to prioritise happiness. If we did schedule in bliss then maybe we’d be better equipped to deal with the pressures. Or at the very least the drudgery would be more bearable after a few hours of decadence. The communal, comfortable, planned madness will tide me through many a sedate dinners and several trying hours when I question my choices.

This Holi we all chose pleasure over pressure. And at the magic hour, just as the sun cast its descending glow, all of us stopped dancing, eating, throwing colour, screaming music requests and took it in. It was exactly how we had imagined it. Exactly. These moments are few and far between. But when they work they can last a lifetime.

Post your comment
#Freedom, #Family, #Festivals, #Holi
The views and opinions expressed in this article are those of the authors and do not necessarily reflect the official policy or position of DailyO.in or the India Today Group. The writers are solely responsible for any claims arising out of the contents of this article.