IAF airstrike on Pakistan: This is a sobering time, not for gloating or chest-thumping

In attacking bakeries and Kashmiris, people are being given an outlet for rage, taking focus away from tough questions we do need to ask.

There is a climate of euphoria in the country — a mass catharsis that will suffer no contrarian voice or awkward questions to mar the collective feeling of achievement.

After the Pulwama massacre of 40 CRPF jawans by a suicide bomber of the Jaish-e-Mohammed (JeM), the nation had been in the grip of a terrible frustration, a rage that required outlet, a grief that cried out for solace, a sense of injured justice that demanded instant resolution. After Pulwama, the country was in the grip of grief and frustrated rage. (Photo: Reuters)

And in the days that followed, in a vitiated climate of communalism, xenophobia and righteous jingoism that brooked no intervention of rational discourse, this rage boiled over and made victims of innocent Kashmiri students, traders and professionals, labelling them ‘jehadis’ and ‘traitors’. Reports of reactive mob activism poured in from various parts of the country.

A bakery in Bengaluru with ‘Karachi’ in its name was attacked, a university lecturer was thrown out of her job for daring to take an ‘anti-establishment’ stance, and according to reports, an airline even denied boarding to a Kashmiri family.

If you had a Muslim name and were from Kashmir, you were (and still are as this goes to press) likely the cynosure of all eyes and your loyalties suspect. By many, you are looked upon as kin of that suicide bomber.

The conflation of culpability of every terrorist attack to the fealty of every single Muslim in India is the abiding obsession of the Sangh Parivar and its adherents — no matter how loudly the Muslims may scream ‘Vande Mataram’ or ‘Jai Hind’, no matter how many enrich our civil society, as does every other community, no matter how many die in battle in our Armed Forces. The 'agnipariksha' never ends. 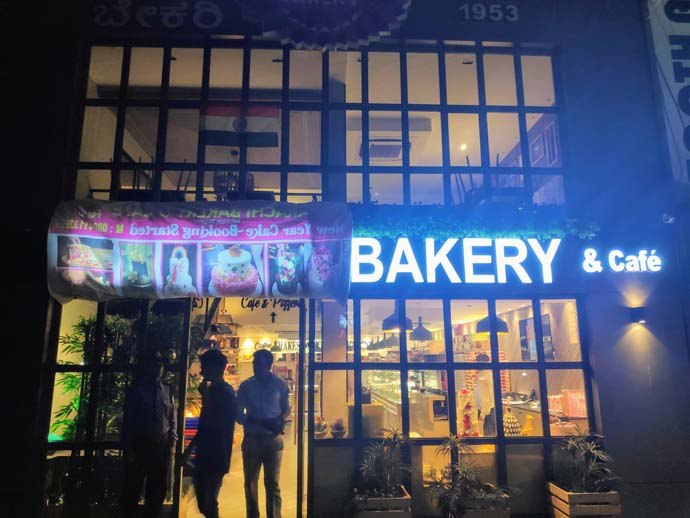 (Not) Karachi Bakery: Rage needs an outlet — and people were allowed to vent their rage on perfectly innocent targets. (Photo: Twitter)

The slyly coded speeches and clickbaits referring to ‘Aurangzeb Ki Aulad' (Aurangzeb’s descendants) and ‘mandir/masjid’, ‘shamshan/kabaristan’ innuendoes never stop coming. I need not elucidate any further. Too much has been written about all this already.

In the words of WB Yeats, who hungered for a free Ireland, “Too long a sacrifice can make a stone of the heart/O when may it suffice?” It does not suffice in Kashmir, where too many stones have been made of too many hearts over the years.

Stone throwers are not born overnight and without any cause. (Nor do our displaced tribals in Chhattisgarh, Bastar, Jharkhand and Yavatmal, who are labeled ‘Naxals’, take up arms without any reason, but that is another story.)

The story of Kashmir is the most poignant in the annals of our country, and in my opinion, a prime example of what forced inclusion does to a people whose consent is not taken into consideration. This is, however, possibly the worst time to air such views. It is considered even treasonous by those who do not understand that love is always given voluntarily and not extracted.

It is a saga of Kunan Poshporas that echo with cries even after 26 years, of decades of existence like a piece of meat torn by crisscrossing barbed wires, of shrapnel-pockmarked, blinded faces of innocent children — a ‘Gul Gulshan Gulfam’ that everyone loves in its ‘70s Bollywood picture postcard imagery — sans its inconvenient people. Sure, we all love Kashmir — but some of us seem to find Kashmiris very inconvenient. (Photo: PTI/file)

Pulwama is the latest reason to hate these people, to tar and feather them all across the country, to beat them up on the streets, hole them up in hostels, hound them back to the Valley.

By beating up Kashmiri vendors, defacing signboards that carry names from the other side of the border, and calling for a boycott of Kashmiri goods/tourism or war against Pakistan, people felt strong. They felt their pride restored.

Pride is the new currency that is encashable in votes. And if that falls short, revenge is a higher currency.

As a response to the Pulwama bombing, just as PM Modi had promised in his you-never-know-when-we-will-hit-back speech, a “non-military, pre-emptive” strike by the Indian Air Force took place across the Line of Control. According to reports, a terror camp of the Jaish-e-Mohammed deep in Balakot was destroyed and several terrorists killed. The camp was said to have been managed by Jaish-e-Mohammed chief Masood Azhar’s brother-in-law Yousuf Azhar, who was allegedly killed. Apparently, the camp was “teeming with top operatives of the terror organisation along with scores of suicide bombers, trainers and other support staff”, according to sources.

There’s a lot of “allegedly” and ‘sources” in the above paragraph, because no one knows anything for sure.

One is not casting aspersions on our glorious Air Force, nor trying to be obstreperous, but these queries do come to mind.

For a journalist, facts need to be triangulated and evidenced from various sources (preferably not anonymous), and not merely accepted without question from unnamed authorities.

Pakistan PM Imran Khan after this incident gave a mirror image version of the you-never-know-when-we-will-hit-back speech in retaliation. 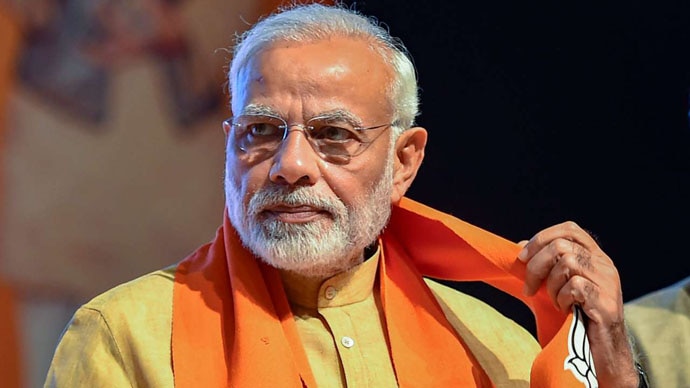 The PM has assured us the nation is 'in safe hands'. We hope so, for both India and Pakistan. (Photo: PTI/file)

What we must understand is that this entire operation is a layered issue — and not just a tit-for-tat response to the Pulwama bombing. Is this the best response to terrorism is what we must ask ourselves. In doing this, who are we addressing? The terrorists? Did killing Osama Bin Laden end terrorism? Terrorism keeps taking new faces and new forms, filling up the spaces created by killings, air strikes and drone attacks. Understanding the primary causes of political unrest, seeing the roots of militancy in economic and social disenfranchisement and marginalisation requires an empathetic mindset, which we do not seem capable of.

Globally, there is enough evidence to show how, left festering too long, militancy evolves into a profitable service industry — an industry used by states for their internal agendas.

In India at the moment, the war hysteria and jingoism gripping the country is mainly being indulged in by a generation that has never been directly impacted by war. The last war that directly impacted us was the 1971 war v in which one remembers the black-outs, the sirens and the civil defence vigilance exercises. It was palpable and real. But that was a war to liberate a nation, an ideological war, not one of instant gratification.

I am horrified by the blithe and blustering, careless comments being flung about on social media about using nuclear options ‘if necessary’. Really? That too, in one’s own backyard? Is this a T20 match of one-upmanship?

One comes to the conclusion that very few people know what a nuclear war is all about, and are unacquainted with terms like ‘radius’, ‘fallout’, ‘radioactive’, ‘nuclear winter’ and ‘mutually assured destruction’.

Let us hope that we are truly in “safe hands”, as the PM has assured us.

And for our sake, let us hope our neighbours on the other side are in safe hands too.

Also read: Why Modi must not play the ‘statesman’ and agree to enter into dialogue with Pakistan

Post your comment
#Pakistan, #India, #Airstrike, #Pulwama terror attack
The views and opinions expressed in this article are those of the authors and do not necessarily reflect the official policy or position of DailyO.in or the India Today Group. The writers are solely responsible for any claims arising out of the contents of this article.