Independence Day sales: Slap in the face of India

Indian brands selling phones and flight tickets in the name of Independence Day are taking freedom for granted.

It has been seven decades since our country became a sovereign nation free of colonial slavery and exploitation. And yet, independence, after all these years, has been reduced to little more than a gimmick to fuel the consumerist desires of a globalised India.

While on one hand, freedom in its essence – in the form of expression and dissent – is conspicuous by its absence, it superfluously exists in branding, sales and the myriad capitalist agendas.

For example, every year, we see all e-commerce giants – Amazon, Flipkart and Paytm Mall – declaring a freedom sale.

How do such sales inspire any sense of freedom?

These are just ordinary sales (sure, they have decent offers) with just the right placement of the word freedom or independence, launched a few days before August 15. But beyond that, they have as much to do with India’s freedom struggle as Harry Potter.

Similarly, brands go all out on this day, painting themselves in saffron, white and green, and ooze patriotism. Take, for example, Patanjali. The Ramdev-led FMCG brand, in its latest advertising campaign around Independence Day, has released ads trying to channelise the Swadeshi Movement.

The Swadeshi Movement was an economic strategy - developed by leaders like Dadabhai Naoroji, Gokhale, Ranade, Bal Gangadhar Tilak and more - during the Indian freedom struggle, to empower Indian manufacturers and artisans by boycotting British products. 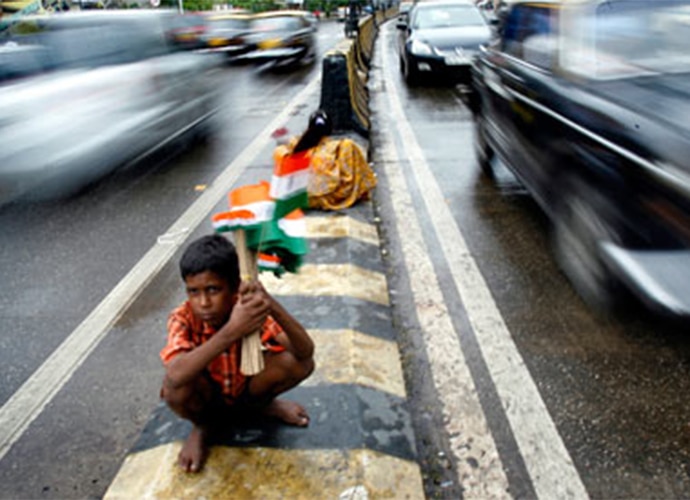 Ramdev, a capitalist yoga guru, urging people to contribute in the economic freedom of the country by adapting Patanjali products, that are made in India, is anything but a third wave of the Swadeshi Movement. It is nothing more than a clever ruse to increase profitability. And in today’s socio-political environment, patriotism sells more than sex.

Ramdev, through Patanjali, further tells people that the company will be using the profits to grow the country unlike multinational corporations. And this is not the first time Ramdev has doen something like this. According to a report in Ad Age India, a Patanjali print ad from around Independence Day 2016 read, "Though we got political freedom 70 years back, economic freedom is still a dream. The way East India Company enslaved and looted us, multinational companies are still doing the same by selling soap, shampoo, toothpaste, cream, powder and similar daily items at exorbitant price."

Of course, piggybacking on the freedom struggle to make a few quick bucks is not a Ramdev original. State-owned Bharat Sanchar Nigam Limited (BSNL) has announced a special Independence Day offer, which will give its prepaid mobile customers double data on special tariff vouchers and combo vouchers. Airlines too are also not far behind. Jet Airways on August 10, announced a special fare scheme to mark India's 70th Independence Day. The six-day sale, starting August 11, offers 30 per cent discount on economy and 20 per cent on premiere class travel.

And there are so many more. And they will continue to do so. Unless of course someone takes legitimate offence to these practices and sues these companies, and if luck has it, a judge like Deepak Misra will be present there to seal the fate of brands using August 15 to earn money. But that won’t make sense. Because brands don’t care. The people, however, should. Not about the appropriation of freedom in the name of consumerism, but in the acute lack of it in our lives.

Brands selling phones and flight tickets in the name of Independence Day have less value than plastic tricolours for Rs 10 by street children at traffic stops. But we, the people discarding freedom, ours and that of others by being mindlessly patriotic and nationalistic, like a plastic tricolour the day after Independence Day, is where the real tragedy lies.

The freedom fighters we celebrate did not save this nation for it to be trapped in the chokehold of another apathetic government that did not care about its citizens.

Also read: Adityanath ji, remember an anthem is sung from the heart, not by your orders

Post your comment
#Consumerism, #Capitalism, #Freedom Struggle, #Independence Day
The views and opinions expressed in this article are those of the authors and do not necessarily reflect the official policy or position of DailyO.in or the India Today Group. The writers are solely responsible for any claims arising out of the contents of this article.