Why scrapping Indus Waters Treaty is not outlandish

When two countries sign 10 treaties and one disregards nine of them, is the other wrong in disregarding the remaining one?

We are reaching desperate times in our ties with Pakistan. It has become clear that everything we have tried has failed so far. Wars. Peace talks. Treaties. No matter what happens, Pakistan always returns to  Ground Zero, resurrecting horrors of 1947, and claims Kashmir as its own and that it will do anything to capture it - even threaten us with nukes.

What has never been discussed in detail till now is the power of "Water Wars" or how we can use the Indus Waters Treaty to force Pakistan to accept permanent peace with India. If we stop water to Pakistan, our enemy would finally be cornered.

We cannot scrap a treaty overnight, but we have to make the grounds to do so:

1. Pakistan is still at war with India

When any two countries are in a state of war, then all treaties and ties go out of the window. Countries withhold obligations till hostilities end. 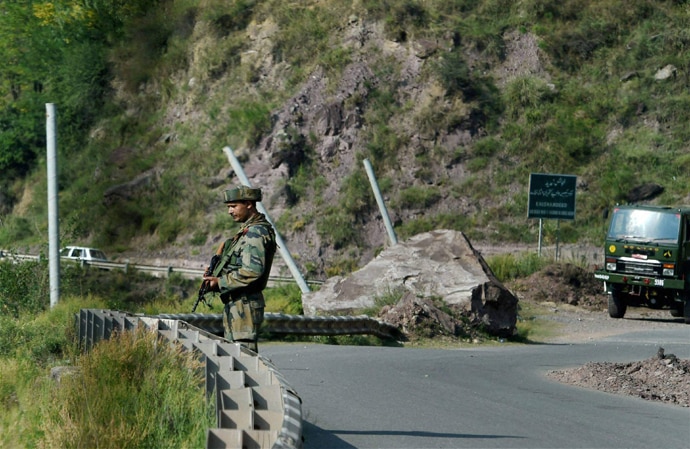 We should rework the treaty so that our citizens get a greater share. Photo credit: Reuters

Let us examine the hyperbolic statement that India and Pakistan are still in a state war. In 1960, we signed a very generous Indus treaty that was detrimental to us. What did Pakistan do? Within a mere five years, we had the Rann of Kutch conflict. Again, we ended that on magnanimous terms. So in the same year, they attacked us in a war where we lost more than 3,000 lives. In 1971, West Pakistan unleashed genocide on East Pakistan and India had to intervene due to the refugee crisis and we lost 3,500.

Prime minister Zulfikar Ali Bhutto was petty in defeat and threw a tantrum at the United Nations, tore papers and swore revenge till his death. The 1984 Siachen conflict is an ongoing one and we have already lost more than 800 soldiers. The Kashmir conflict continues and the toll has already crossed a whopping 5,000+.

Pakistan keeps firing on the border and launching terror attacks all over India, such as the one leading to the 26/11 carnage. The 1947-48 Kashmir War is also unresolved because there was a ceasefire, after which the LAC (Line of Actual Control) shared with Pakistan became the LoC (Line of Control).

So today we have the ongoing conflicts of LoC, Siachen and Kashmir.We can argue that in a warlike situation we have a right to merely suspend the Indus treaty till the two countries sign a permanent treaty that is not flouted all the time.

2. Pakistan has dismissed every other treaty with impunity

So, when two countries have 10 treaties with each other and one disregards nine of them, is the other country wrong in disregarding the remaining one? Here India's stand is quite simple. Either both countries accept all the treaties and declarations, or none. India can easily argue that we can suspend the Indus treaty till Pakistan respects the Simla Agreement and Lahore Declaration. It's a fair diplomatic quid pro quo argument.

3. At least set up a committee to work it out

We have to get the framework and plan of action ready even if we don't implement it immediately. This will show Pakistan that we are indeed serious. International legal experts can also study the recommendations of a committee to work out fair distribution of water resources between the countries, and if there are holes, we will have time to plug them.

To begin with, we can suspend the Permanent Indus Commission and withdraw our commissioner.

4. Can India make it part of the Kashmir package?

The Kashmiri people have genuine concerns that development has not taken place in the Valley, and that there are fewer job opportunities for the youth. Water (for drinking, irrigation, dams and the like) is an integral part of development anywhere in the world and we can argue that we require a greater amount of water from the Indus treaty for the welfare of the Kashmiris.

Any country has a right to snap ties with another country citing a poor human rights record. America does it all the time. Pakistan indulged in the decimation of its Hindu and Christian populations. They introduced the blasphemy law which made it worse. The attacks then shifted to Shias and Ahmadiyyas (ironic since Pakistan founder Mohammed Ali Jinnah himself was a Shia). Finally, the Baloch people are being persecuted and that is currently snowballing into a major international issue.

Why can't we snap diplomatic, trade, road and rail ties with Pakistan? It would hit their economy, not ours. They would be under greater domestic, diplomatic and international pressure should this happen.

In the absence of ties between India and Pakistan, we could argue that the Indus treaty automatically becomes null and void. Let them approach international arbitration to oppose that, why should we sweat?

The Paris Climate Change Accord was hailed by many and one of the signatories was the European Union. Some international lawyers have argued that after Brexit (the exit of Britain from the EU) the character of the EU has changed, rendering the Paris deal null and void.It will have to be signed again. While what happens to EU remains to be seen, it has been accepted as a valid argument in international circles.

India can use a similar argument. When we signed the treaty there was West Pakistan and East Pakistan, and our water sharing was with the West. After the East got Independence (Bangladesh), a new entity was created and the treaty should ideally have been signed again after 1971 - it can be still be done.

8. No tilt in Pakistan's favour

If water sharing has to take place between two countries, it should either be 50-50 or even 60-40 in our favour, since we hold the trump card. What sense does a 20-80 agreement make?

Why first Prime Minister Jawaharlal Nehru agreed to such a thing is baffling, but every government has to protect its own interests and, in 2016, the realities have changed. That formula can now be reworked even if the spirit of the treaty stays.

When a country arms itself with nukes, planes, tanks, ships and submarines, it doesn't mean it will be using all of them at all times. The biggest benefit is that they serve as a "deterrent". If we announce to the world that we are open to scrapping the Indus treaty and actually come out with a comprehensive legal plan to do so, it could serve as a deterrent.

We could then seek permanent peace on our terms. We should rework the treaty so that our citizens get a greater share.

Either way, it is worthwhile going ahead with "Plan Indus" to secure the safety and future of the citizens of India - paramount over any international treaty.

#World Bank, #India-Pak, #Indus Waters Treaty
The views and opinions expressed in this article are those of the authors and do not necessarily reflect the official policy or position of DailyO.in or the India Today Group. The writers are solely responsible for any claims arising out of the contents of this article.