Jagga Jasoos has made me depressed about watching Bollywood films

It’s devastating to go the movies and come out feeling underwhelmed.

I love films. They take me to a different plane altogether. I grew up watching Hindi movies in shoddy single theatres in Patna, Delhi and Bombay. From Rs 30 to Rs 300, from posh balcony seats to front row chiniya badam seats, from Gangster to Raincoat, I have been to the movies frequently and seldom regretted it, even if the films were bad.

Times have changed. For one, movies are no longer just about the story. They are more about "entertainment", which includes popcorn and soda — not to forget quite expensive. Nonetheless, one makes small sacrifices and saves up for things one loves. For me, it's the thrill of the movies — and so I went to watch Jagga Jasoos, which released last week.

Although mainstream reviews had panned the film on the first day itself, I had found hope in the recommendations of two of my favourite reviewers. Both were glowing reviews, going as far as to compare the leading character, played by Ranbir Kapoor, to Tintin and praising the "different" approach to filmmaking.

I am usually overjoyed at the prospect of something "different" in Hindi cinema. And Hindi movies, at least a section of it, have come a long way. I watched Masaan with a six-year-old's glee. I have immersed myself in all of Dibakar Banejee’s films long after the movies ended. I braved through No smoking and The Girl In Yellow Boots to experience Anurag Kashyap's oeuvre. I even sat through the mediocre Haramkhor just for the sake of realism. Needless to say, my expectations have also risen somewhere along the journey. 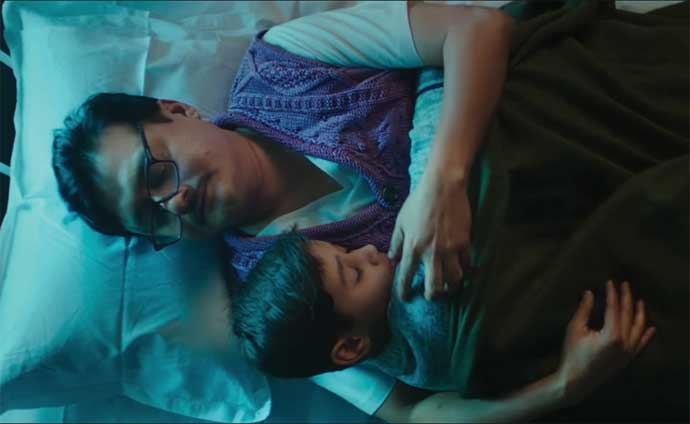 The first question could have been answered by Jagga Jasoos in a simple way: that it is a film about a boy and a father figure.

Then, I went to the overpriced cineplex to watch Jagga Jasoos. And guess what, I was heartbroken. Not only because the film just didn't work for me but also because it made me seriously question my favourite reviewers' judgment and the reason why they were raving about the film. It also provided a sombre perspective on what one of the best directors in Hindi films, Anurag Basu has to offer.

I came back and unpacked it all in my head. No, I didn’t dislike the movie because it was a "musical"’. One of my favourite movies from last year was La La land, which I saw not once but twice in the theatre.

The problem is that Jagga Jasoos is hardly a musical. None of the actors in the film actually sings. Plus, in this film there were also the typical playback songs in between the dialogue, squeezed in for no reason at all.

There’s a limit to the amount of playback you can consume, even if you dig the Hindi film formula — and the whole experience was confusing to say the least.

Then comes the narrative, story arc, style et al. As far my understanding goes, there are two basic elements on which a film or any other art should be judged. What is the artist trying to say? And how does the artist say that? The first question could have been answered by Jagga Jasoos in a simple way: that it is a film about a boy and a father figure. That would have been nice. But Basu threw in additional stories of Jagga and his adventures, mostly to fill up the first half and, more importantly, to introduce the other protagonist of the film — the unnecessary heroine.

But hey, it’s a "mainstream" Hindi film — can you do without a heroine?

The narrative technique used by Basu too is inconsistent at best. For one, his use of the woman protagonist as the "sutradhaar" made me cringe. Why is she directing plays for children if she is a journalist? What is the timeline of this narrative? Why is she preaching about people’s indifference to important issues to eight-year old kids?

Curiously, Basu treats some parts of the film with rank indifference. There were just so many moments that left me confused. Is he trying to say something about arms trade or Maoism, or is he using them only for storytelling?

It’s devastating to go the movies and come out feeling underwhelmed. In this case, it was a barrage of many a film that could have been moulded into something but turned out to be a dud.

A friend of mine, who I forced to accompany me to the theatre, suggested that maybe the film was made for kids. But then, I asked myself: would you use a plot around arms trade, Maoism and extremism to tell a detective story to a child?

Perhaps, but then the film was neither clear in its ambition nor in its art.

In college, I was introduced to the works of Martin Scorsese, Quentin Tarantino, Wong Kar Wai and others, and soon I became devoted to their films. These films not only entertained and intrigued you, but also taught you a thing or two about the art of film making itself.

They also inspired me to go and read screenplays of movies and learn something about cinema as an art form.

We are a generation exposed to great cinema and even better television from the United States and the rest of the world. The art of cinematic storytelling keeps growing in the digital age. When I came out of the theatre, I wondered if the film even had a script or a screenplay at the outset.

Even if it had one, the quality was terrible. And that was the saddest part about the film for me  — not only as a lover of cinema, especially as an avid follower of Hindi films.

The story doesn’t inspire hope, not after wasting a thousand bucks and precious time.

#Films, #Bollywood, #Jagga jasoos
The views and opinions expressed in this article are those of the authors and do not necessarily reflect the official policy or position of DailyO.in or the India Today Group. The writers are solely responsible for any claims arising out of the contents of this article.