Do your bit for Kailash Mansarovar yatra: Letter to Narendra Modi and S Jaishankar

The pilgrimage is one of the toughest in the world. Let the lack of infrastructure not come in the way of Shiva devotees.

Last year, when EAM S Jaishankar announced about China’s offer to expand the Kailash Mansarovar yatra, I couldn’t be happier. For I too experienced this life-changing journey in 2019 and can understand what this move could do to improve one of the holiest pilgrimages for us, Hindus. 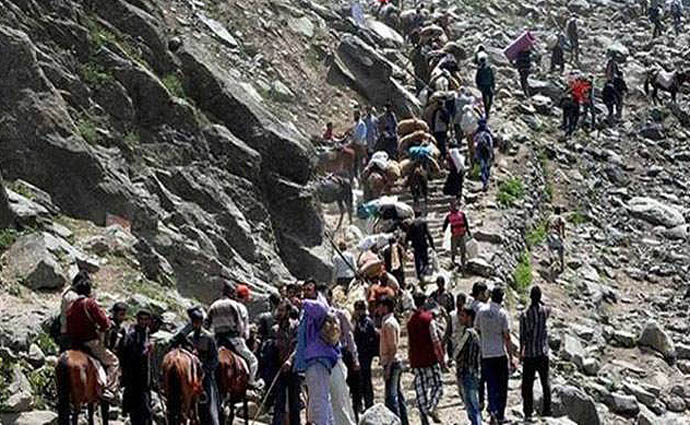 Now that the booking for this year’s Kailash pilgrimage is about to begin in a couple of weeks, I am penning this letter to share my experience along with some suggestions which, I am sure, will help make this pilgrimage of self-discovery more comfortable for those undertaking it.

Every year, thousands of Indians undertake the sacred Kailash Mansarovar yatra. Faith unites them. And they leave their cosy homes, trekking miles and crossing several hurdles to reach the abode of Lord Shiva. While some choose the package organised by the External Affairs Ministry, some pick private tour operators to organise their yatra. Last year too, thousands of pilgrims went to Kailash Mansarovar. And I was one of the fortunate devotees of Lord Shiva to have experienced this journey of a lifetime.

I went on a 15-day yatra by taking a package from one of the travel agencies. The route of my yatra was from Kathmandu to Nepalgunj, and from there to Simikot to Hilsa (close to the Nepal-China Border), from Hilsa to Taklakot in China to Darchen.

True, only one in a million is able to undertake this pilgrimage. Some of the reasons include the extreme weather conditions, high altitude, rugged terrain, and dangerous trekking trails. While these factors are beyond human control, other factors such as poor administration and logistics compound the troubles.

Unfortunately, Mt Kailash lies in the Tibet Autonomous Region of China. Although blessed by nature, it is an underdeveloped area. That’s predominantly due to the fact that for China, which is one of the least religious countries in the world, providing amenities for Kailash Mansarovar yatra isn’t an act of wilfulness, if I may say so.

And it’s pretty evident from the multiple levels of checking that Chinese immigration officers perform on the pilgrims. At the Nepal-Tibet check post, the People's Liberation Army (PLA) soldiers go to the extent of undergarments, which feels more like harassment than a security protocol.

I understand China’s repulsion towards Dalai Lama and Buddhism. But I can never understand why our belongings such as our phones go through such stringent checks that even a single image of Dalai Lama in your cellphone can cancel your yatra.

China may have the highest number of convinced atheists in the world, but they shouldn’t have the right to stop an earnest pilgrim from undertaking this sacred yatra, just because the country despises Dalai Lama.

Now, coming to the fact that the Simikot-Hilsa route is connected only by small aircraft or helicopters which require fair weather to travel is a nightmare in itself. Imagine, if someone gets sick, and the weather isn’t favourable — they will remain stuck in the region as travelling in and out of these areas will be impossible during inclement weather.

By God’s grace, we didn’t have to undergo any such situation. But that doesn’t mean our yatra was a bed of roses. Rather, it was extremely arduous.

Examples abound. In Simikot and Hilsa, there were hardly any hotels, and the guesthouses were in poor condition. Pilgrims were packed in a small room. 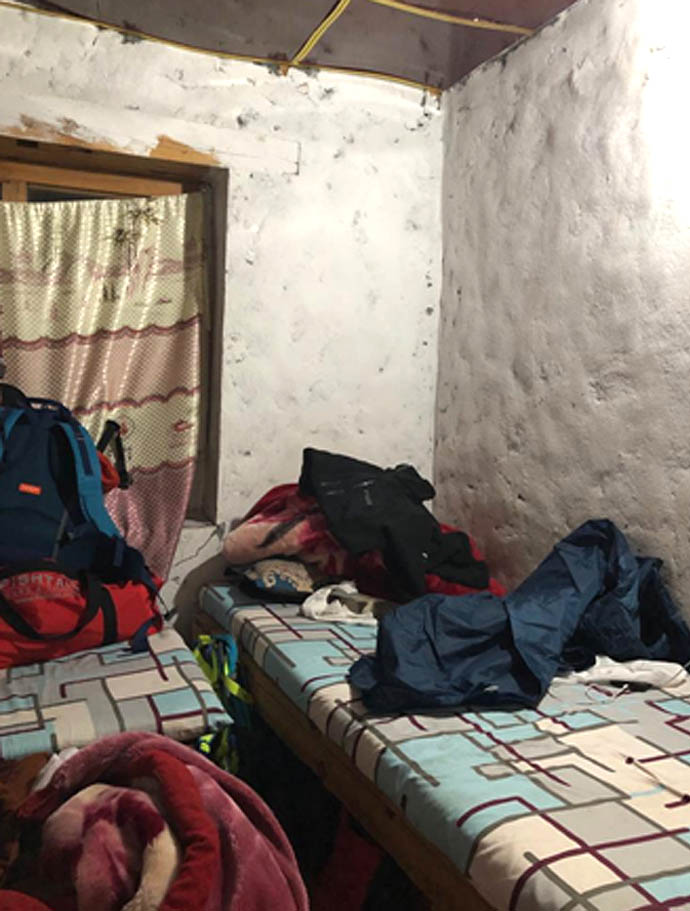 During most of our halts, over 10 people used to lodge in one room. And to exacerbate the problems, there was scarcity of water, and people had to defecate in the open.

No one wants to complete a sacred yatra with survival so tough that you find human excreta lying everywhere. But for us, one of the tasks every morning was how to relieve ourselves since there were no toilets. As if the extreme weather conditions and unhygienic accommodations were not enough — no toilets and open defecation added to pilgrims’ difficulties.

Worse, even after reaching Lake Mansarovar, you find no toilets around. It’s one of the holiest lakes in the world, and after taking a dip in it, you have to live in mud houses — again, without toilets.

Living without urinating for five days may seem impossible to some. But pilgrims who undertake the Kailash Mansarovar Yatra have to live through this impossibility.

Please note that most of the pilgrims are ladies and older people. The conditions are miserable. Elderly ladies woke up as early as 3 am to relieve themselves in the open, so that no one could see them.

Even cleaning your teeth was nothing short of a tiring exercise, simply because we had to find a place to do that. Yes, we were given water to brush our teeth. But that’s about it.

I understand that Nepal is an underdeveloped country. This Hindu nation has cultural ties with India, and India also provides economic aid to its neighbour. So, it’s in our best interest to economically adopt the region of Nepal that connects India to Kailash. And this includes Simikot and Hilsa.

I firmly believe that India must build roads, hospitals and provide basic amenities to the pilgrims in the region that connects Nepal to Kailash Parvat. After all, this uninhabited area that opens for six months becomes home for scores of Indian pilgrims every year.

Mr Modi, please note that for the past few years, China has already been investing heavily in Nepal. And as I write this letter in India, Chinese and Nepalese leaders are strengthening their bilateral ties with economic cooperation being the prime focus. In 2018, eight agreements were signed between China and Nepal to develop major infrastructure projects in Nepal.

While it’s great for the two neighbours, this is something that should be India’s priority too. For China may or may not develop the Kailash-Mansarovar stretch that connects to India. India should, thus, take the lead and invest in it. The more this region will be developed, the easier it will be to complete the yatra. After all, people from every state in the country and every part of the world undertake this enlightening and spiritual trip.

In fact, talking from my own experience, we were a group of 54 people, including NRIs and people from all states of India were a part of the group. So, I see this yatra as a significant opportunity to bring more tourism to the country.

As you know, 949 pilgrims went to Kailash Mansarovar through the government organised trips in 2019 and several thousand made it to Mt Kailash with the help of private tour operators. Still, the lack of medical facilities in regions like Simikot and Hilsa, and minimal tourist infrastructure with unhygienic conditions was the reality.

I can’t stress enough that this ultimate pilgrimage in Hinduism must not be taken lightly. I admit that freezing temperatures and dangerous trails are beyond the government’s control. But a lot of things can be better organised.

This trip forced me to compare it with my visit to the Kumbh Mela earlier last year. I must appreciate the Uttar Pradesh government that brilliantly managed the defecation and sanitisation situation in Prayagraj during the congregation. In retrospect, the administration made sure that people have access to toilets. Consequently, 1.2 lakh eco-friendly, portable toilets were installed during the Kumbh Mela.

That was a big deal. And it showed us that nothing is impossible.

So, why can’t we arrange such mobile toilets during the six months of Kailash Mansarovar Yatra?

PM Modi, I genuinely feel that your level of concern to make things better for Kailash Mansarovar pilgrims should be high. I request you to use your diplomatic ties with Chinese President Xi Jinping and arrange more facilities in Mansarovar and beyond for the pilgrims.

The trek to Kailash Parvat is gruelling as it is. Be it the treacherous route that transcends the boundaries of India, Nepal, and China, the extreme weather, or the high altitudes of up to 19,500 feet — the pilgrims have to adjust to so many things. Inhospitable conditions, which are under government control, shouldn’t be among them.

India and China should make agreements to provide basic amenities to the pilgrims undertaking the Kailash Mansarovar yatra. Clean, mobile toilets, better road and air connectivity, proper lodging facilities, hot water, and good food are the bare minimum requirements that the government of both the nations should address and deliver.

It will help thousands of pilgrims to better acclimatise to the elevation. Help us remember only Kailash, nothing else.

As I reflect, my yatra to Kailash Parvat was the best experience of my life. It stoked my belief in Lord Shiva and his magnanimity. But at the same time, this trip was also the most challenging one in my life.

For years, many who want to undertake this yatra have been complaining about the same.

I hope that you, PM Modi and EAM Jaishankar, bring a change.

Spiritual, beautiful, and enlightening. That is all I wish pilgrims should remember about Kailash-Mansarovar Yatra. Nothing else.

Therefore, I urge the Indian government to take some immediate steps to make this yatra easier. We should do more, and do it fast.

Also read: Letter to PM Modi: Why India needs to go back to Gurukul

#India-Nepal ties, #China-nepal relations, #Lord Shiva, #Kailash mansarovar yatra
The views and opinions expressed in this article are those of the authors and do not necessarily reflect the official policy or position of DailyO.in or the India Today Group. The writers are solely responsible for any claims arising out of the contents of this article.