Just like the Ayodhya issue, why can't troubled Kashmir see some mediation too?

Kashmiris have been targeted time and again, and now repeatedly in the aftermath of Pulwama too. It's time to reach out to them.

Kashmir has always evoked intense debates and heated discussions — the special provisions made in the Indian Constitution for Jammu and Kashmir (J&K) have divided the people across India. Even during the Constituent Assembly debates, the droughty Sardar Vallabhbhai Patel was apparently very critical of Sheikh Mohammed Abdullah, whom he felt was less interested in building a robust Indian Constitution — and more in getting concessions for Kashmir through the Constitution.

Seventy years later, there are still controversies outside Kashmir about the unique Article 370, which, to a significant extent, empowers Kashmir. However, in my view, it is clearly wrong to claim that Article 370 is partisan and too unique to the Indian Union. Jawaharlal Nehru and others, while demanding rights, were not trying to weaken Indian constitutional rights.

Yet as is well known, Nehru put Sheikh Abdullah under house arrest for several decades. Was this how the great Kashmiri leader and his people should have been treated?

After his release, Abdullah’s position was weakened. The accord with Indira Gandhi was the final blow. The wary Kashmiris widely felt that the special powers given initially under the Indian Constitution were being whittled away. 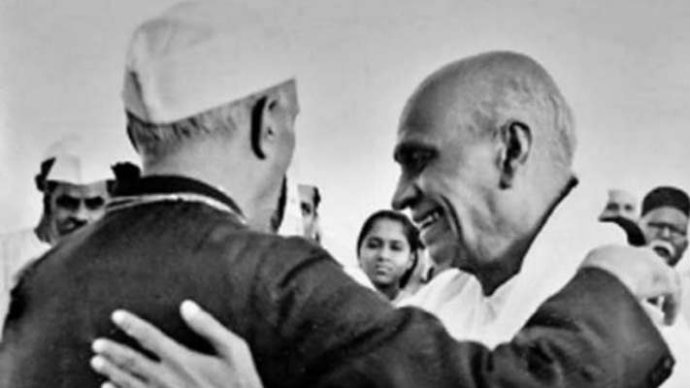 Seventy years after Nehru and Patel, Kashmir is still at the heart of India's political controversies. (Source: IndiaToday.in)

Many years have passed — but many Kashmiris still feel done hard by. And I would say the problem is accentuated by the Hindu right.

Article 35A of the Constitution has been attacked by the RSS-BJP since the days of Shyama Prasad Mookerjee, founder of the Jana Sangh and a long-time critic of the special provisions and Articles that grant a particular status to J&K. Over the last few years, the RSS-BJP have demanded the abrogation of Article 35A. A basic argument is that this constitutional right is a violation of the basic rights of the people in other parts of India. One of the arguments used against Article 35A is that it does not allow Indians outside J&K to buy land in the state.

But as far as the Kashmiris are concerned, to have inalienable rights to their land is not wholly unique — in Himachal Pradesh, state residents have an inalienable right to their property too. This is not so different from Article 35A.

But Article 35A is a constitutional right, and to deprive the Kashmiris of it is in effect a removal of Article 370 — in my view, a betrayal of the promises made to Kashmir. Blinding Effects: The use of pellet guns has only intensified rage against the armed forces in Kashmir. (Source: Reuters)

The socio-political environment in Kashmir has neither been modernised — nor adequately empowered. Pellet guns (pump guns) have been a curse for decades. Many years ago during the Intifada, Israelis used pellet guns against rock-throwing Palestinians. Shocked by a large number of casualties, the Israelis withdrew the pellet guns. There were attempts to make more powerful gas containers to push back Kashmiri stone pelters, but till date, no alternative to the pellet guns has emerged. Other world powers, including the United States, Israel, Europe and Russia, use tear gas to push back rioters.

The events that followed Pulwama have complicated matters further now.

A strong anti-Kashmiri atmosphere was created. Students outside Kashmir were abused and warned to go back home. Politicians, including Prime Minister Narendra Modi and his colleagues, were initially slow to intervene. PM Modi has, however, intervened recently — but what about the secular parties? How many have gone to the colleges and universities where Kashmiri students are being attacked to cool down angry but misled students and faculty?

Why do Kashmiris become a target in such situations? Can a democratic and secular state behave like this? It is time policy makers and political and social activists raise these questions.

How long do the people of Kashmir keep suffering? (Source: Reuters)

Perhaps readers should pay more heed to what is happening in large parts of our country. Unlike in the Supreme Court's dealing in the mediation over the Ram Mandir-Babri Masjid land title suit, there is hardly any mediation in Kashmir or elsewhere.

Also read: Is BJP using a ban on Jamaat-e-Islami to prove its toughness in Kashmir?

#Supreme Court, #Ayodhya mediators, #Ram Janmabhoomi, #Babri Masjid demolition
The views and opinions expressed in this article are those of the authors and do not necessarily reflect the official policy or position of DailyO.in or the India Today Group. The writers are solely responsible for any claims arising out of the contents of this article.