I am a prisoner of the collective memory of rape

How helpless are we in the face of such brutality, how powerless to even talk about the numerous assaults we have encountered.

After the anger has dissipated, there is a strange kind of sadness that engulfs me. I can’t get the eight-year-old out of my mind. I have read the most horrific accounts of her rape and killing. And nothing makes sense. Nothing about rape and abuse made sense ever.

Her purple dress with yellow flowers, her wide eyes and her innocent face. They stare at me through the day and night. I look at my childhood photos and I see her. How helpless are we in the face of such brutality, how powerless to even talk about the numerous assaults we have encountered, the abuses we have suffered.

The shame is imposed upon us. We wriggle out of it, we try and bury our loss of innocence and move on. But then, graves are commemorative spaces. We visit them in memory. I am a prisoner of the collective memory of rape. And when at night, I am locking the doors I am confronted with the fear of this assault. I have questioned this fear often. I am 38 and I am scared of the burden of my body, my identity as a woman and the brutality of men, of religion, of power itself. 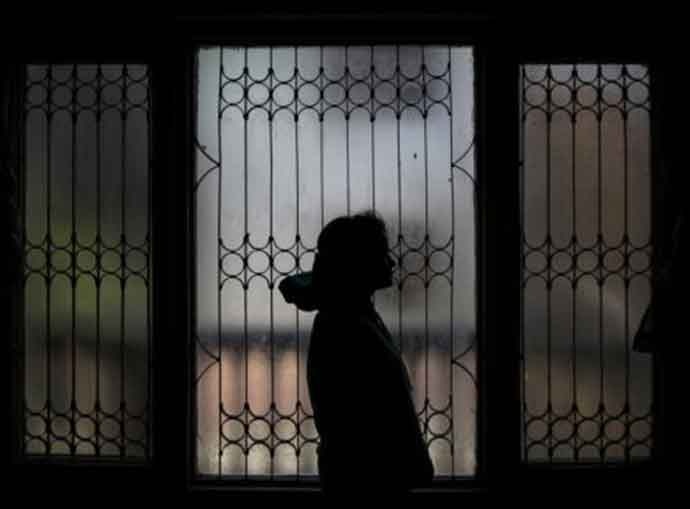 I was a child when an old so-called respectable man pulled me in his bathroom. I remember the blue tiles of the bathroom. I shudder at the recall of that afternoon. We played outside his house. And everyone was in awe of the old man, who was a professor. His wife had passed away. I was innocent then. But when he pulled me in and tried to molest me, I ran out. Something was not right. I was too young to understand any of it except that it made me feel violated. I stopped playing outside his house. I avoided him. But I never spoke about this to anyone. So many years have gone by but those blue tiles linger in my memory. And I hate blue tiles.

And then, it happened again. Outside a circus, in a crowd. A man groped me. I was a child. But that’s how loss of innocence began. It happened several times. Once on a dark staircase, a man waited. We were playing hide and seek and as I clambered up the stairs, he held me and felt me. I don’t even know if I had breasts then.

I remember the cracked floor of the staircase. I remember the darkness that surrounded me then. I believe I am still struggling with it. The thing is memory comes in flashes and each time, there is a news that is about a little girl who has been subjected to such violence, I can barley breathe.

I grew up in strange times. We were girls and girls weren’t allowed to stay out after 4pm. My earliest encounter with rape was in 1999 when Shilpi Jain’s semi-naked body was found in a car in Patna. She was my senior in school and college. I remember her face. The case remains unsolved.

Twenty-two years is not an age to die. And certainly not because you were a woman. They dumped her body and walked free. We remained suspended in time with anger, frustration and hopelessness.

That rape was an assertion of political power. There were protests. Nothing happened.

Rape is the privilege of the powerful. In the Kathua case, it is again a manifestation of patriarchy, entitlement and the lopsided view of religion. Justice, if it is served, will take years. Dust will gather over files. Many more rapes will happen in the meantime. We will carry the cumulative burden of the violation for eternity with many questions and no answers. Rape is about so many things - class, caste, etc.

The historical silencing of rape and abuse is nothing new. We have seen the protests, the outpourings and the arguments. We will blame the woman, the child, the victim. Justice has failed us. Life and this world has failed us.

And despite everything, we are the invisible women who are in hiding from the male gaze. I have been stalked and yet I wait in courts for more hearings. I am questioned on my morality by lawyers who ask me why I was “friends” on Facebook with my stalker. It is traumatic. And I go and sit with no hope. I see my stalker in the court and I try to hide myself. I am afraid. I can’t tell what is it I am afraid of but for days, I am unable to be at ease. I fear rape. I fear the violence of it all.

And now the weight seems unbearable. I can only write about the pain I feel when I read the news.

I can’t sleep because I feel that my mother’s dreams of making me fearless and free has failed. I am a prisoner of this fear and I haven’t been able to forget anything. I tried to be brave. But I still break down. I am still afraid of this world.

I live alone and in the nights, I pray that I never go through rape. And yet, I am quiet when men crack sexist jokes. I recede not because I am not brave but because I have lost hope in justice. We are victims of this male entitlement.

I hate this silence around me. And in writing this, I know I have at least spoken about my fear.

What did the eight-year-old do to deserve this? This rape will be silenced, too. We all know this.

You say we are making this country safe from others.

You quote statistics to me.

You say we have killed the terrorists.

You say the borders are protected.

You say many things.

And you quote development, jobs, etc.

And now a little girl is dead and you say nothing.

But in your head you have justified the rape and murder as a warning, a lesson for the other to be within their “aukat” because it is okay to rape and kill for the sake of nationalism.

You go on quoting numbers.

And we go on giving up hope and if this isn’t despair, I don’t know if I can even trust the dictionary anymore.

Post your comment
#Crime Against Women, #Crimes against children, #Kathua rape
The views and opinions expressed in this article are those of the authors and do not necessarily reflect the official policy or position of DailyO.in or the India Today Group. The writers are solely responsible for any claims arising out of the contents of this article.