Sexy and masculinity – a caricature of insecurities

I can only note that love and intimate relationships are vulnerable to differences in ideology.

“Masculine” has often been used as an insult for me by people who know my agender identity and how I despise the toxicity of masculinity as a social construct. It is not merely the construct but the consolidation of the harmful elements of power, violence, unapologetic arrogance, irrational overconfidence, loudness and domination into a single identity — the masculine — which causes my hurt. Yet, when I’ve called some of my female friends “masculine”, their immediate response is to view it as a compliment — to have broad shoulders, well-defined musculature, to be “butch”, to be fit, to be strong, athletic, and to be decisive. What is it that blurs the line between a compliment and an insult?

Masculinity is a single word in an entire vocabulary of pain. The women I know define masculinity from their histories of abuse, it is a term born from their experiences of ill-treatment, and their psychological oppression. For them, the word itself is linked to their experience of abuse. A woman once told me that my habit of throwing things casually onto a table instead of gently placing them there was a characteristically masculine trait. 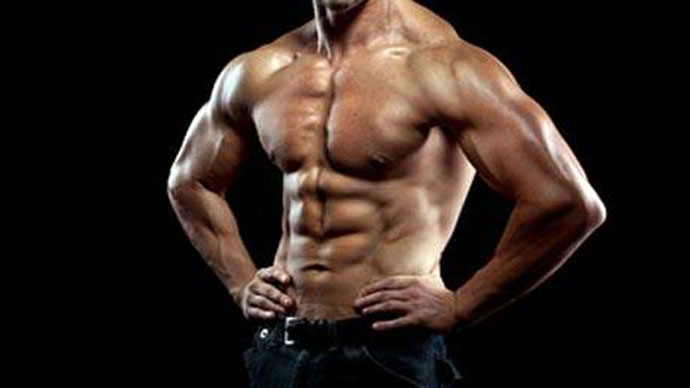 'Sexy' is rarely the dirty.

She was previously in an abusive relationship with a man who regularly threw things at her, and broke items of value. Someone once told me that my loud response during an argument was masculine. She was triggered by anything even slightly loud, yet I never understood how anger could healthily manifest itself, if we were to morally condemn certain expressions of emotions — something as basic as non-violent screaming (is there ever such a thing?).

Another female friend of mine said it was a masculine attribute to make extremely complex that which is simple. She was never one to speak simply — what was a matter of sickness and care to me was about structures of inflicting pain, identity politics, and power relations to her, all of which in their complexity forgot about the simple aspect of caring for someone who was unwell — in that case, me.

Yet, when I called any of these women “masculine”, they could only, in the moment, think of its positive aspects. For the liberal feminist woman, these contradictions are just as relevant and must be recognised for any movement to progress — they are a recognition of the uncomfortable.

I am wary and uncomfortable with this myself, I have my own history of pain in context, one filled with all that I could never be, and every shameful insecurity. I not only wanted but needed a feminism different from my partners’ – they had to be the big spoon, the protector and the conserver, because I couldn’t be.

“Sexy” is discriminatory, privilege-driven, and patriarchal. “Sexy” is the well-defined body that only the economically well-endowed can craft with repeated trips to the gym, diets, and whey protein.

“Sexy” is the hairless and spotless body that requires constant upkeep, investments in beauty products, and male-oriented standards of beauty. “Sexy” is them who smell nice, without body odour, doused in perfumes, colognes, and eu de toilette. “Sexy” is rarely the dirty, sweaty and balding woman tending to the Haryanvi field, nor the lanky and skinny beggar whose ribs show from starvation, nor is it the plus-sized woman with body hair and odour.

In this world, we are entitled to our preferences. Are means and ends equally justified, however, when all means seem to lead to the same ends? Here come my insecurity and limitations — every time a partner told me they liked it when I worked out and looked more well-defined, or that they liked that my hands were relatively big compared to theirs, or that they were glad that I was taller than them, or my baritone voice turned them on, I made a conscious effort to downplay and remove those elements within me entirely — a dissection of my masculinities.

Regulated the pitch so my voice is usually not baritone, stopped working out so my body grew skinnier and less defined, curled up and slouched more so I seemed smaller and shorter, and held their hand less often. It has led to much conflict in my romantic relationships, between their wishes to have the freedom to conform and my own “preference” for the “exceptional” in this regard.

I can only note that love and intimate relationships are vulnerable to differences in ideology. My personal and political always inform each other — I am what I see, and I do not see much. How do we theorise based on unknown frames of experience and reference? Can we think of what we have never known, and can the blind dream in technicolour?

#History, #Masculinity, #God, #Love
The views and opinions expressed in this article are those of the authors and do not necessarily reflect the official policy or position of DailyO.in or the India Today Group. The writers are solely responsible for any claims arising out of the contents of this article.

Student of the liberal arts and humanities, specializing in international relations, at O.P. Jindal Global University.