When I opened the door to welcome Sushma (not her real name) inside my house, I couldn’t help but notice the nasty bruise just beneath her left eye. I made her a cup of tea and asked her to sit beside me on the sofa. She took the cup from the tray and sat down reluctantly.

“Two days ago,” she said. “He has gone to the village for a few days. That’s why I was able to come.” Sushma is a distant relative of an acquaintance to whom I casually remarked that I was working on an article on marital rape. She insisted I speak to Sushma.

“Same story as always. He came home drunk, late in the night. The kids and I were sleeping on the floor. As soon as he entered the house, he kicked the kids. I woke up in the commotion. I knew what was going to happen. So I ushered the kids outside the house immediately. Even before I could shut the door, he had removed his pants. I tried to run away but he punched me. Then, it was all over. When I went to call the children back in, they were hunched in a corner cold and wet. It was raining heavily, and I didn’t have the time to even give them an umbrella.” She burst into tears.

“You didn’t go to the police?” 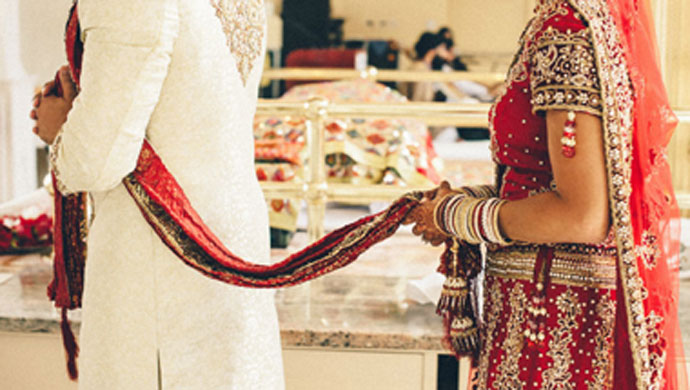 'What India does need is both a legislation that addresses marital rape and penalises it, along with a systemic education of all genders about rape, consent, and personal spaces.'

“I did. About a year back. They took him to the station and threatened him. Then they let him go. He came back so angry that night that he bashed me up. I couldn’t get out of bed for a week. There is no use going to the police. They are not going to put him away. I have only one option...”

“I can divorce him. I spoke to a lawyer about it. She told me that I cannot state anything about the rape. So, it is only the beating that will be mentioned. I will have to fight for alimony and child custody and everything. I have no money or education for all that. If I leave him, I will have to start from scratch. With two children, that is scary.”

Sushma’s story left me bewildered. To search for answers, I went to the Red Elephant Foundation. “In India, women are 40 per cent more likely to be raped by their husband than by a stranger,” Vandita Morarka, a legal researcher with the NGO, told me. Vandita, along with Kirthi Jayakumar, the founder, was a part of the core team engaged in campaigning towards criminalising marital rape.

While on the one hand, the Union minister of women and child development, Maneka Gandhi has stated that the term marital rape "cannot be applied to the Indian context", on the other, we hear sane voices like that of Kirthi Jayakumar, Founder of Saahas, an app for survivors of gender-based violence, stressing that “rape is rape, regardless of where and in what context it occurs. Marriage is no justification. What India does need is both a legislation that addresses marital rape and penalises it, along with a systemic education of all genders about rape, consent, and personal spaces”.

A threat to society

Recently, there were arguments in court that a legislation against marital rape might endanger the institution of marriage itself. Vandita Morarka, who is also the founder and CEO of One Future Collective, opposes the idea vociferously. “By using the argument that marital rape might endanger the institution of marriage, one is making marital rape, which is eventually a form of rape/sexual violence, a key component of the institution itself. Is that the idea of marriage we want any generation to grow up with? We need to change our understanding of marriage in terms of absolutes and male dominance to one that understands marriage as a partnership of equals, based solely on consent.”

Sushma agrees. “I have seen my father hit my mother. Maybe that is why I am docile and put up with this nonsense. I am scared for my children. I want them to give and receive love and respect. This should not become something to pass on to next generation.”

Once again, Kirthi’s voice of sanity made sense. “These misgivings make me think of the phrase, throwing the baby out with the bathwater. Everything in the world can be misused: you can cut a fruit with a knife, you can kill with a knife. So, can we ban knives? No. Every legislative instrument can be misused. The fact is that there is a greater good being served in retaining a law that protects interests. The best way to guard against misuse is to install safeguards in how the law is applied, executed, interpreted and enforced. This is why we should have appropriate procedural safeguards and investigation processes that are sensitised and appropriate.”

Till the Indian lawmakers wake up to this need of the hour, I asked Sushma what is the change that she wished for. “The first thing Indian women need is the ‘Freedom to Choose’. We should be able to choose whether to study, whether to marry, whether to have children and whether to have sex. Come what may, I will give my daughter that,” she said, hope gleaming in her eyes.