It's time to shun godmen, superstition and, of course, communal frenzy.

Indian Muslims are at a crossroad owing to the rudderless leadership from their own ilk as well as from the "secular" political parties that have hoodwinked them during the last 50 years in the name of secularism. Calling a spade a spade, Personal Laws, Babri Masjid, Salman Rushdie, Taslima Nasreen, triple talaq, beef, graveyard fencing and other similar problems are not the most important issues confronting Indian Muslims. Real problems like poverty, illiteracy, unemployment and social security. Besides, perceived past glory can only ruin their future, as Muslims have to live in present with the changed present-day realities.

An imam's role is in a mosque for leading prayers, and not hobnobbing with politicians. Also, Muslims must realise that they are not the only sufferers in the country. There are Dalits and other poor who have suffered a lot, no less than them. Also, they should stop being hypocrites while expecting Hindus to be secular, but baying for the blood of Salman Rushdies and Taslima Nasreens. By announcing awards on these critics of Islam, they invariably turned them heroes. The best way would have been to ignore them. Also, it is obnoxious to see Muslim clerics, making an issue out of triple talaq, Vande Mataram, beef, family planning, among others.

True, Muslims have every right to believe in the superiority of their religion, but they don't realise the irreparable harm done unto them by the self-styled leaders, clerics and preachers like the Owaisis, the Azam Khans, the Imam Barkatis, and the Zakir Naiks. These self-styled leaders have never highlighted the real issues of Muslims, rather harped on the ones that suited their vote-bank calculations. At the same time, they must stop demonising the BJP, to the extent of supporting anyone who can defeat the party. What happens in the process is that the Muslim votes never get united as they democratically vote for everyone and there is a Hindu backlash, resulting in the BJP candidate's victory.

The Sachar Committee findings have egged Muslims for seeking reservations. Muslims should understand that this ostrich-like mentality is never going to help them. They have to perform or perish! History proves that reservations on communal lines are not in the interest of national unity and integrity as they might start a chain reaction among other religious groups as well.

If Muslims think that they are the minority, they are wrong as Maulana Azad called them the second majority community. He believed that sectarianism will turn India into a divided house and hence, he was against the minority-majority division. It would be worth examining what the founding fathers said about the minority reservations. While a vote was sought for the charter of providing political safeguards to the minorities according to articles 292 and 294 of the 1949 draft Constitution, five (all Muslims) out of seven leaders - Maulana Abul Kalam Azad, Maulana Hifzur Rehman, Begum Aizaz Rasul, Hussainbhoy Laljee and Tajammul Hussain - voted against it. Interestingly, Sardar Vallabhbhai Patel supported the charter.

While a vote was sought for the charter of providing political safeguards to the minorities according to articles 292 and 294 of the 1949 draft Constitution, five (all Muslims) out of seven leaders - Maulana Abul Kalam Azad, Maulana Hifzur Rehman, Begum Aizaz Rasul, Hussainbhoy Laljee and Tajammul Hussain - voted against it. Interestingly, Sardar Vallabhbhai Patel supported the charter. 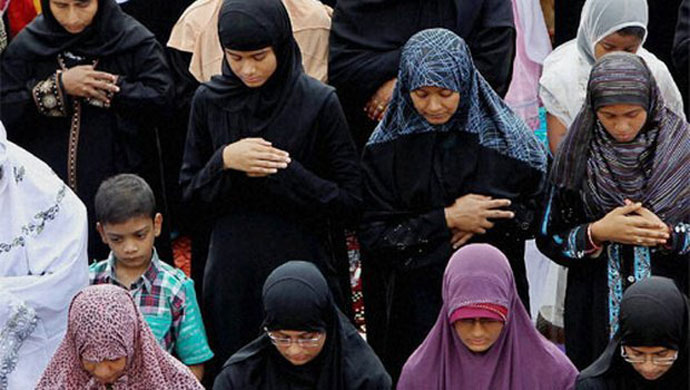 Jawaharlal Nehru, while addressing the Constituent Assembly on May 26, 1949, said, "If you seek to give safeguards to a minority, you isolate it… Maybe, you protect it to a slight extent but at what cost - at the cost of isolating and keeping it away from the main current."

Muslims should imbibe genuinely secular values before expecting Hindus to be as such. More than 90 per cent Hindus are secular. Most of Tipu Sultan's ministers and advisers were Hindus, so were Aurangzeb's generals. Historically, India has always been about shared culture and heritage. Muslims in Indonesia see Ramlila, yet their Islam remains intact. Likewise, Hindus pay their obeisance to the Sufi saints like Khwaja Moinuddin Chishti and Hazrat Nizamuddin Aulia.

Let us remember that we, Hindus and Muslims, share a lot in common and are Indians first. A Hindu in Kolkata is more akin to a Bengali Muslim than a Gujarati Hindu. Similarly a Maharashtrian Muslim shares more in common with Mumbai's Hindu than a Muslim in Punjab.

At the same time, Hindus should respect the rights of people who live and think differently. If Prime Minister Narendra Modi wants "sabka saath,sabka vikas", and if he wants to see a computer in one hand and the Quran on the other of young Muslims, as he said in one of his meetings, then the likes of Giriraj Singh, Sakshi Maharaj, and Sangeet Som must be sidelined. Hindus developed scientific temperament much before Muslims; they must, therefore, stay the same way. What is lamentable is that Indian Muslims have been popularly projected in the media through issues like jihad, kufr, triple talaq, Vande Mataram, family planning, burqa, Shah Bano, Ameena, Gudiya, Imrana, among many others.

Sadly, none of them really is the real problem. They further reinforce stereotypes and widen distrust between the two communities. It's time to shun godmen, superstition and, of course, communal frenzy.

Post your comment
#Taslima Nasreen, #Salman Rushdie, #Secularism, #India
The views and opinions expressed in this article are those of the authors and do not necessarily reflect the official policy or position of DailyO.in or the India Today Group. The writers are solely responsible for any claims arising out of the contents of this article.