If you are a liberal, be a little liberal in respecting diversity.

Two days and I am already tired of this renewed debate around our national anthem and whether people should stand up for the 52-second duration. Being a supporter of all kinds of freedom and liberty, I have always believed it's a matter of choice. You stand up and be counted or continue ensconced in that seat and stick out like a sore ass.

The Kannada actor who derided a woman for not standing up to honour the national anthem is a boorish bully. Calling the woman non-patriotic and asking her to leave the theatre is a violation of her rights and common decency. He is a sore ass.

But then I read tweets of some social media worthies who took the other extreme stance: the national anthem is just a song and the national flag is just a piece of cloth. Technically, they are right but then this is not how it works. The flag IS more than a piece of cloth. The anthem is not just another song. The furious online opposition to the simple act of standing up did radicalise me a little. 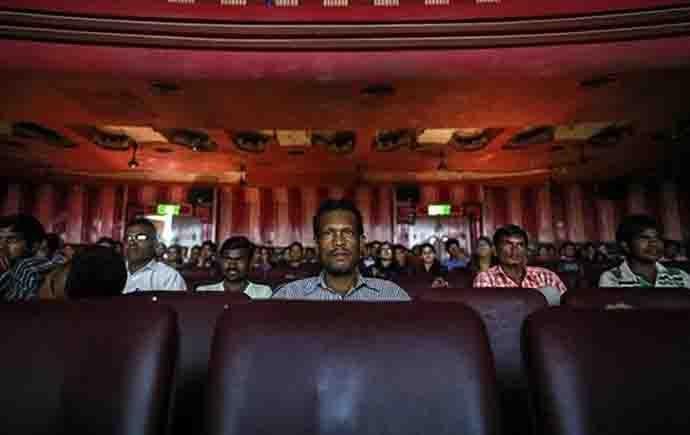 I am a big fan of Aziz Mian qawwal. I am all ecstasy when I hear his paan-fried throat throwing words in staccato. Nusrat Fateh Ali Khan often sends me in a trance as the master himself is lost in the complex maze of musical notes. But I consider Sabri Brothers' Saqiya Aur Pila my personal anthem. I have a little ritual that involves physical movements and singing. I appreciate people who show respect to the song. People who don't, trigger me.

I fully support playing of the national anthem in cinema halls. Considering the kind of cinema we produce, it takes deep patriotism to survive the onslaught on your senses and intellect. I stand up when the national anthem plays. Do in herd as other sheep do. If you have made it to the multiplex, agreed to be herded into a dark hall to watch Housefull 4, just stand up and deny the bully an opportunity to bully you. Mumble something. The bully doesn't know the national anthem by words, forget the meaning. What's the harm in standing when you are going to sit in that seat for the next couple of hours?

I do not believe in god and the rituals of religion make me cringe. But in every family function, I go about them like a piece of cake. Because I respect my family and do not want to hurt their sentiments. Stand up for the other scores of people who would want to see their national anthem respected by the act of standing up. Once watching a film in Phuket, they played their customary tribute to the king, the new king, who even Thais don't love as much. But everybody stood up and so did I. I was part of the community for those two hours. And I behaved like social animals do. Embrace the inconvenience for a minute or so to feel part of the group.

If that group was committing a crime, I wouldn't want to be part of the group; I would oppose it. Like I oppose the bullying in the Bengaluru cinema hall. It's not the same thing as not standing up as a respect to fellow citizens, if not for the anthem. Even if you fundamentally disagree with the idea, there's merit in not going medieval over it. If you are a liberal, be a little liberal in respecting diversity. Do not be that actor in a cinema who wants to prove he is patriotic by being anal-retentive about someone not standing up for the anthem.

Tolerance is a two-way street. Be accepting of the fact that some people are not going in the same direction. Their choice. Exercise yours. Do not go to the movies. Netflix and chill. And when the national anthem plays on Netflix, press the mute button and continue lying on your sofa. Like I do.

Also read: I sat out the national anthem twice. But I'm not an anti-national. Then why?

Post your comment
#Sabri brothers, #Housefull 4, #Jana Gana Mana, #National Anthem
The views and opinions expressed in this article are those of the authors and do not necessarily reflect the official policy or position of DailyO.in or the India Today Group. The writers are solely responsible for any claims arising out of the contents of this article.