Shah Rukh Khan will owe Raees' success to his fans

The film has already sent Twitter users into a tizzy.

With King Khan’s Raees, just about to be released, the actor’s fans have gone into a promotional overdrive, leaving no stone unturned to make it a huge, huge hit. This is particularly true for online media. Khan's Twitter fans are particularly on their toes.

Sample this: The moment you type SRK or Shah Rukh Khan, a deluge of twitter handles erupt on the page. While there is only one personal twitter handle that the superstar tweets from @iamsrk, there are scores of dedicated fan clubs and thousands of namesakes — type Shahrukh Khan and you get @SHAHRUKH FANZ BLOG™, @drshahrukh, @ShahRukhKhanFC, @ShahRukhKhanIND, @DatinginKolkata, @SRKCHENNAIFC and many more.

This is by no means is an exhaustive list.

All his fan clubs have hundreds of members. Type any other name such as Aamir Khan or Salman Khan, the results are no match for Shah Rukh Khan. Even Amitabh Bachchan or Rajnikanth pale in comparison to the frenzy that SRK fan clubs generate. According to some estimates, even the combined online might of most of the leading actors of today would not be a match for the "king" of Twitter.

In fact, the buzz around Raees has been so strong that the moment the two-and-a-half minute trailer was released, it trended through the day on Twitter and other social media channels. The twitterati literally went into a tizzy. No wonder, a part of the success, if the movie works, could be attributed to Khan’s fan clubs.

In fact, there are several dedicated fan clubs promoting just Raees on Twitter.

In Raees, SRK plays a don from the 1980s. The film, which also features Nawazuddin Siddiqui as a cop; Mohammed Zeeshan Ayyub; and Pakistani actor Mahira Khan, making her debut in Bollywood; has been directed by Rahul Dholakia.

Online or offline, these fan clubs work tirelessly to promote their favorite actor without any monetary gain, apart from maybe a thank you or something encouraging word from Khan. Such altruistic fan following is an object of envy for many other leading stars. 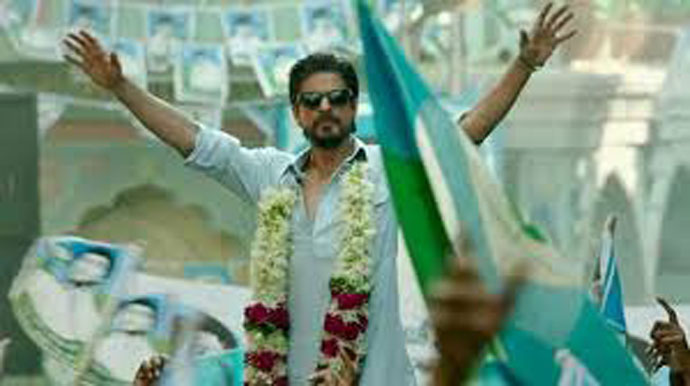 The Kerala chapter of Shah Rukh Khan Fans has brought out a promotional video that features an entire family eagerly waiting for the release of Raees. The group, which has more than 250 members, is promoting the video on WhatsApp and YouTube. For the movie Fan also, the group had released a dance video featuring a promotional song in the background. King Khan thanked the fan group with a "Thank You" message. And that is perhaps the biggest gift that they could have asked of their cine god.

Post your comment
#Fans, #Shah Rukh Khan, #Raees
The views and opinions expressed in this article are those of the authors and do not necessarily reflect the official policy or position of DailyO.in or the India Today Group. The writers are solely responsible for any claims arising out of the contents of this article.