Critics of PM Modi's fiscal policies must remember their own performance and face honest facts.

The political discourse of the nation today is turning out to be an all-out battle, where the endgame is to simply pass on the blame. In 2014, when the “Modi Sarkar” took over the reins of administration, the Opposition, led by the Congress, missed no opportunity to indulge in petty politics. Even as the government has worked silently to overcome the Herculean tasks of delivering social justice and economic empowerment, today, the former head of the Reserve Bank of India speaks as he pleases.

One can only remark: “Satyamev Jayate”. 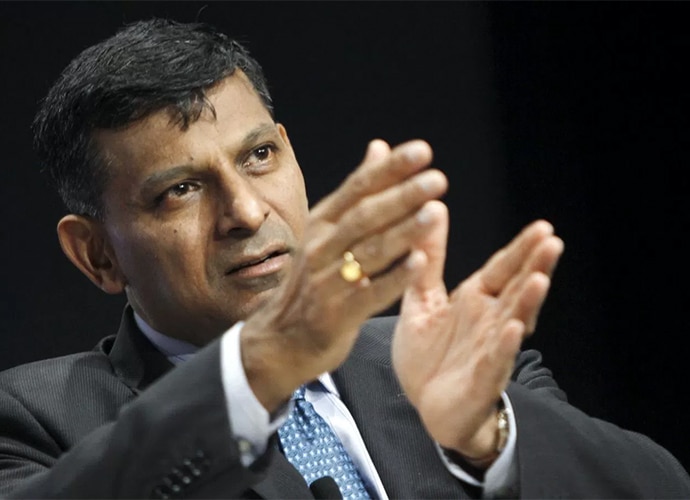 He speaks as he pleases. But the truth will prevail. (Photo: Indiatoday.in)

Back when the Modi government took control, Raghuram Rajan was perceived by many as a liberal economist who advocated the benefits of a free-market economy. The media too tried to create the perception that the head of the federal bank was trying to fight a war against the Centre to protect the institutions of liberalisation.

The RBI head, on his part, missed no opportunity to put his opinionated stand forward on how he differs from policy issues with the central government. The Opposition thus found a convenient political tool to cover up its past misdeeds.

Today, when Rajan walks down memory lane, he has no option but to regret the misplaced priorities that he had undertaken, supposedly, as per the diktat of the UPA regime. Slowly but consistently, Rajan will hopefully realise that the loot and plunder in the name of a “free market economy” apparently unleashed by the UPA government was a mistake; a mistake that the current ruling party has unfortunately inherited. This very malignance plagued the economy even under an eminent economist like Dr Manmohan Singh. 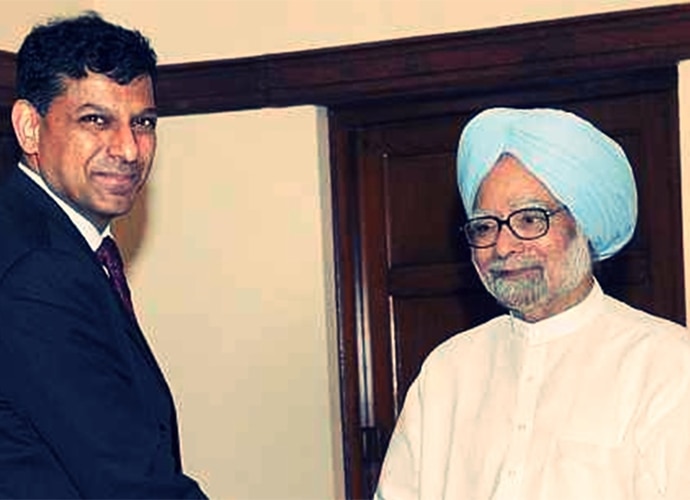 The team steering the Indian economy under the UPA. (Photo: PTI)

The Bharatiya Janata Party (BJP) government then undertook “surgical strikes”: pushed forward with bankruptcy laws, insolvency proceedings, statutory reforms like the National Company Law Tribunal (NCLT), “forensic” audit of banks, some recovery of NPAs and demonetisation, in an effort to get the financial and banking sectors to do away with malignant practices and overburdened debt traps.

For many of those who encouraged — if not participated in these banking and financial malpractices — targeting the BJP government should be perceived as an admission of guilt.

Today, perhaps in hindsight, Rajan has selected a time-frame, either to save his own name, or to pass on the blame to his political bosses. The years 2006 to 2008 were during the tenure of UPA 1. It was a time when the Congress was the de facto government and the Communists were de jure in control. The government was always dependent on the critical Lok Sabha support of the communists, who were a major factor in policymaking and political formation.

So, if Rajan’s observations are true, then the bleeding of the Indian banking sector is not just its undoing by the Congress. The silent responsibility lies also with the “honourable” Comrades of India. 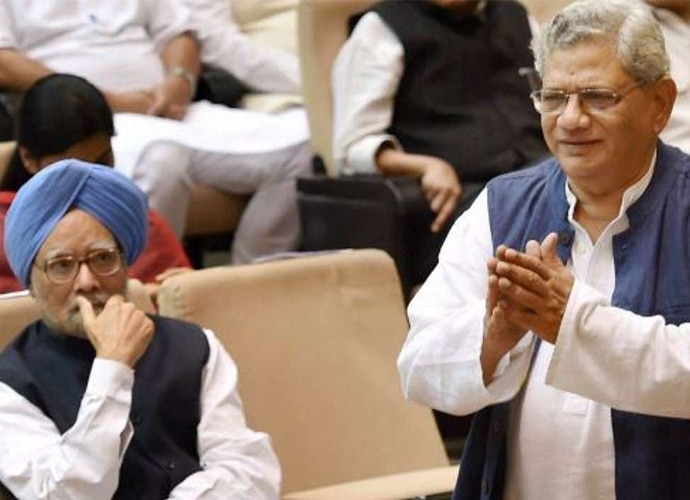 The fact, as stated by Rajan, is enough to conclude that the financial and banking anomalies started with UPA 1. It is also now part of history that follies committed in UPA 1 were not corrected in UPA 2 but rather, a situation was created where bad was allowed to become worse.

It remains to be seen how Rajan analyses the blunders in UPA 2, especially when he was in the midst of all the financial manifestations. Right now, he seems to have pointed out a selective time frame. Perhaps the rest is part of his political amnesia. Only time will tell how UPA 2 created one of the biggest fiscal disasters in India; one even bigger than the one in 1991, when erstwhile-PM Chandrashekhar had to pledge Indian gold and assets to rescue the economy.

It is time that the Congress introspects and realises this: All the plunders and blunders happened during UPA's tenure. Dr Manmohan Singh said he hopes that history will treat him kindly. But the way the UPA regime brought the country to the verge of fiscal disasters, only time will tell how history will judge him. At this moment, neither history, nor the present is showing him any mercy. It is bringing the truth out, even if through the observations of people like Raghuram Rajan.

One thing is for sure — in the end, it will always be, “Satyamev Jayate”.

Also read: Why India must prepare to exit the World Trade Organization

Post your comment
#UPA, #Reserve Bank of India, #NPAs, #Raghuram Rajan
The views and opinions expressed in this article are those of the authors and do not necessarily reflect the official policy or position of DailyO.in or the India Today Group. The writers are solely responsible for any claims arising out of the contents of this article.