It was hailed as the most powerful weapon that forced stodgy officials to become more responsive to citizens. An information revolution swept the country for several years after the Right-to-Information law was introduced in 2005. Civil society activists and journalists would successfully challenge the rot in the system through a simple application.

For ordinary Indians, "RTI laga denge" became an effective tool to demand to know what their government was doing, or what it wasn't.

But my recent experience portends a grim future for the citizens' right to know about how their policymakers are functioning and how their tax money is being spent.

As head of the TV Today Network's research and RTI cell, I filed some 100-odd requests with various central ministries over the past three months to get answers to some basic questions.

The replies I received manifest a systemic departure from transparency - the centrepiece of the landmark legislation.

Most of the responses, instead, illustrate the bureaucracy is back to its old self again - stubborn, unaccountable, obscure. Information is either withheld on the basis of various exemptions or is couched in incomprehensible jargon.

In some instances, national interests are cited to scuttle the applications. In some others, questions are turned down as a "third-party" subject.

Almost every government department uses similar tactics to suppress transparency as much as they could, their replies reveal.

Sample this: the civil aviation ministry refused to share its order that revoked exemption of Robert Vadra, son-in-law of Congress president Sonia Gandhi, from frisking at the country's airports. The ministry held back the information, saying it was classified. That left me wondering what catastrophe would befall the country if the official mandate to the CISF and police to search Vadra as an ordinary flier was made public.

In another instance, civil aviation authorities alluded to secrecy again when they declined to disclose the list of individuals allowed to drive right up to the tarmacs to board flights. 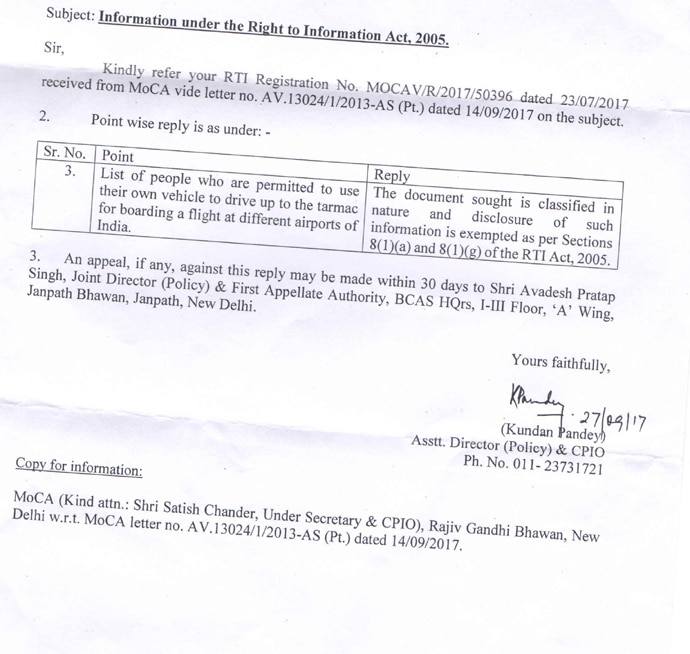 Remember, Sacha Sauda chief Ram Rahim, now in jail over rape conviction, was among a handful of "VIPs" who were permitted to use reserve lounges at Indian airports. But the ministry flatly refused to provide a copy of that order, insisting it was exempt from the RTI. 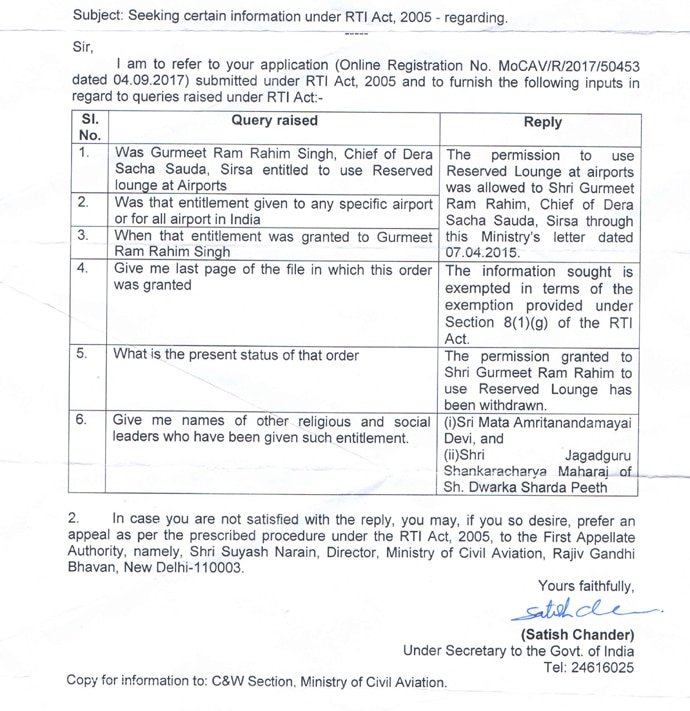 The railway ministry went a step further when it questioned the questioner for an RTI request over proposed bullet train. Railway officials refused to part with information, saying I, as an applicant, was indirectly trying to explore the government's working style.

"In the guise of seeking information, the applicant is asking questions about the nature and quality of the actions of the public authority," the ministry wrote back. "The RTI Act, however, does not cast on the public authority any obligation to answer these queries as the same are not covered under the meaning of the term 'information'...," it added.

They also rejected the request for a copy of the bilateral agreement for the proposed bullet-train project. The ministry claimed sharing it publically could harm India-Japan ties among other things.

"The copy of (the) agreement as asked cannot be shared under Clause 8 (1) (d) and (f) of (the) RTI Act, as showing of information is likely to affect the competition position of agencies working on high-speed development projects and will also breach the trust/confidence/relations with foreign governments," replied the ministry.

Asked about friends or family relations who might have accompanied the prime minister on his foreign tours, the PMO too denied information on grounds of security and exemptions. 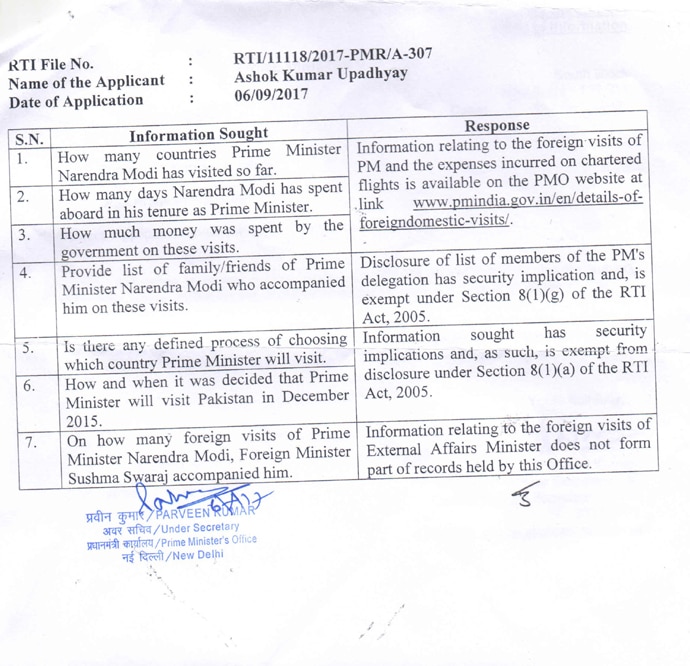 "How and when it was decided that the prime minister will visit Pakistan in December, 2015," I asked further in my RTI request dated September 6 this year.

"Information sought has security implications and, as such, is exempt from disclosure under Section 8(1)(a) of the RTI Act, 2005," the PMO responded.

In its response, the home minister declined to divulge the type of security that has been extended to yoga guru Ramdev and its expenditure, citing exemptions for security reasons and the "third-party" factor. The omnipotent RTI appears to be struggling itself in the ICU. Is there anything in the world one could do to nurse it back to health? I wonder.

#Ram rahim, #Civil Aviation, #Home ministry, #RTI
The views and opinions expressed in this article are those of the authors and do not necessarily reflect the official policy or position of DailyO.in or the India Today Group. The writers are solely responsible for any claims arising out of the contents of this article.